General Motors is making the pivot to all-electric vehicles, and that includes Cadillac, which has a range of fresh EV offerings coming down the pipe, starting with the all-new Cadillac Lyriq crossver. Now, GM Authority is wondering – what would a hypothetic all-electric Cadillac pickup look like? To answer that question, we drew up the following exclusive rendering image.

For those readers who may be unaware, the last production Cadillac pickup truck offered was the Escalade EXT. Officially classified a “Sport Utility Truck,” or SUT, the Cadillac EXT was essentially a full-size SUV with a rear bed section that was divided from the cabin with a unique Midgate panel. To note, the Midgate has made its return with the introduction of the 2023 Chevy Silverado EV, as GM Authority covered previously.

However, the Escalade EXT was discontinued following the 2013 model year (although we did recently draw up a modern rendition), which begs the question – what would a modern all-electric Cadillac pickup look like? Naturally, it should be mentioned that at present, there are no plans at GM to offer a new Cadillac pickup. Rather, this exclusive GM Authority rendering was done simply to see what such a model could look like. 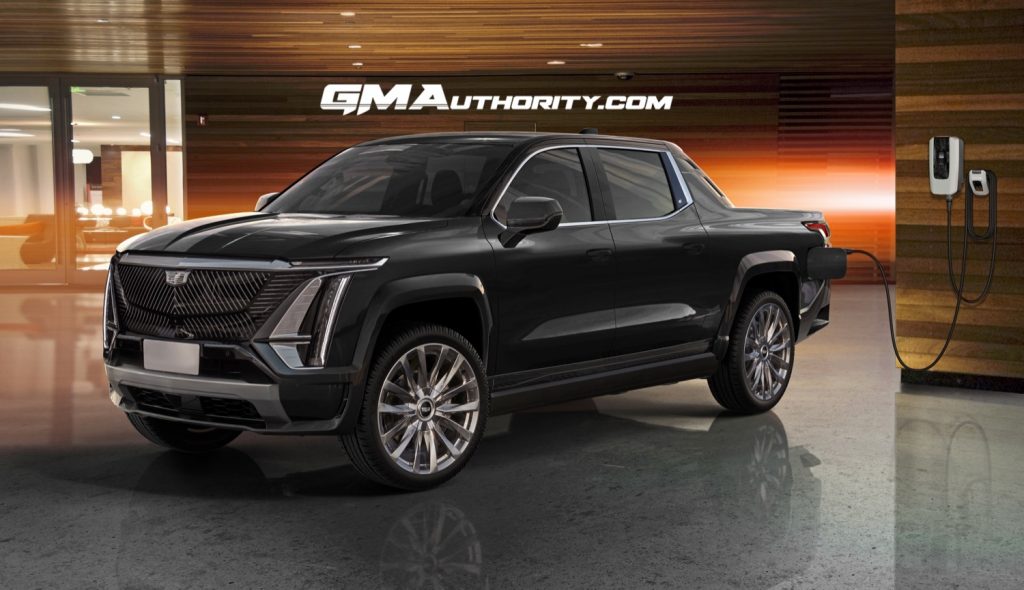 With that covered, let’s check it out. To form the underlying structure of our rendering, we used the Chevy Silverado EV, which was then modified using the Cadillac Lyriq’s front fascia, a combination that looks pretty good on a large vehicle like this.

Further changes include new wheels, as well as a bright greenhouse treatment paired with a Cadillac crest on the vehicle C-pillar. This hypothetical Cadillac pickup model also sports revised tail lights with the signature Cadillac vertical layout and horizontal lighting accent, the latter of which connects with the the multi-position tailgate. Finally, the rear bumper was restyled and features a unique design that incorporates a rear diffuser. 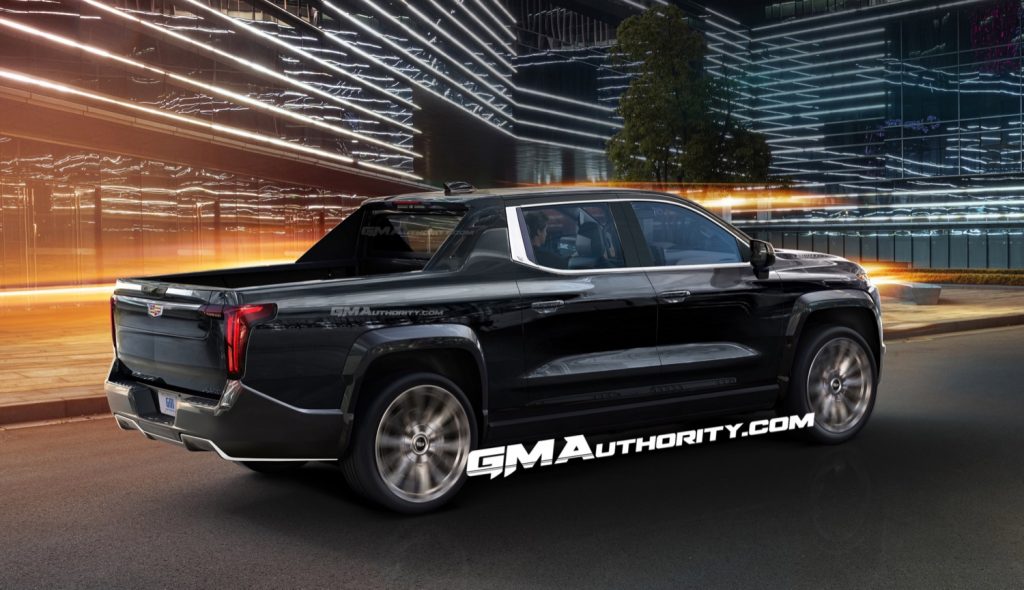 What do you think, dear reader? Does the idea of an electric Cadillac pickup truck spark your interest? Let us know by voting in the poll below, and make sure to subscribe to GM Authority for more Cadillac news, General Motors electric vehicle news, General Motors technology news, and around-the-clock GM news coverage.