A few weeks ago, GM Authority brought you coverage of the refreshed 2024 Chevy Tahoe, which we caught testing on public roads as a heavily camouflaged prototype model. Now, we have a curious new prototype that we would love to believe is a go-fast Chevy Tahoe SS – but probably isn’t. 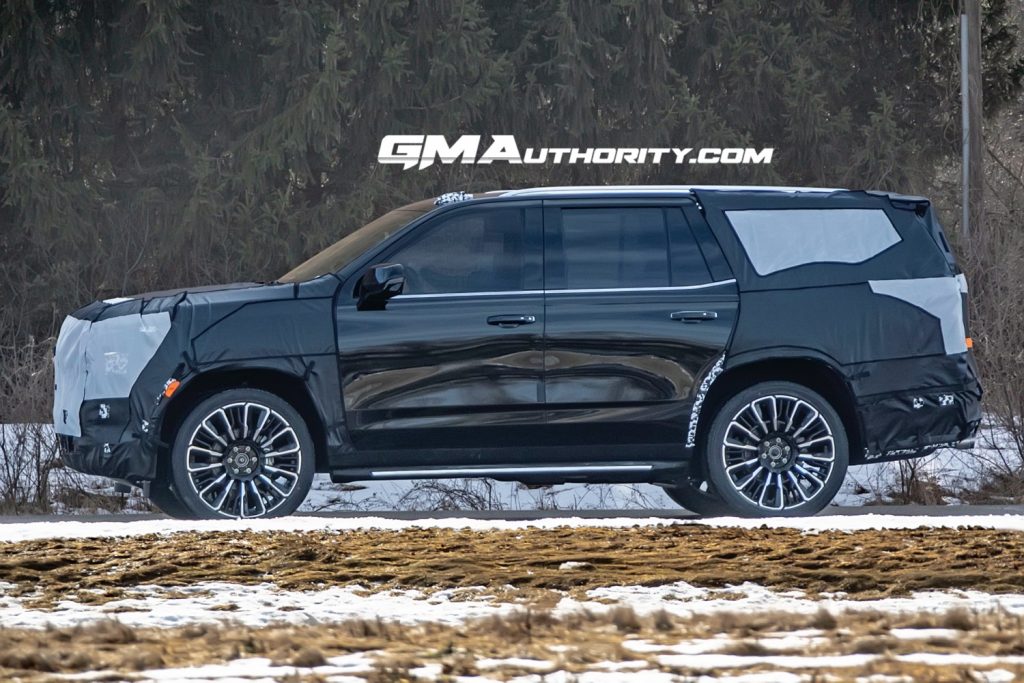 Covered in Black paint and hiding body panels in front and in back, what we have here is likely a high-level trim for the refreshed 2024 Chevy Tahoe, either a Premier or High Country model. However, this prototype is also running a new set of wheels and tires that definitely deserve closer examination.

At 22 inches in diameter, these particular rollers are the same size as those equipped by the new Cadillac Escalade-V, and they’re wrapped in the same 275/50R22 Bridgestone Alenza A/S 02 rubber. Although the wheel design itself is not identical, it is a similar multi-spoke arrangement that would fit a performance theme. 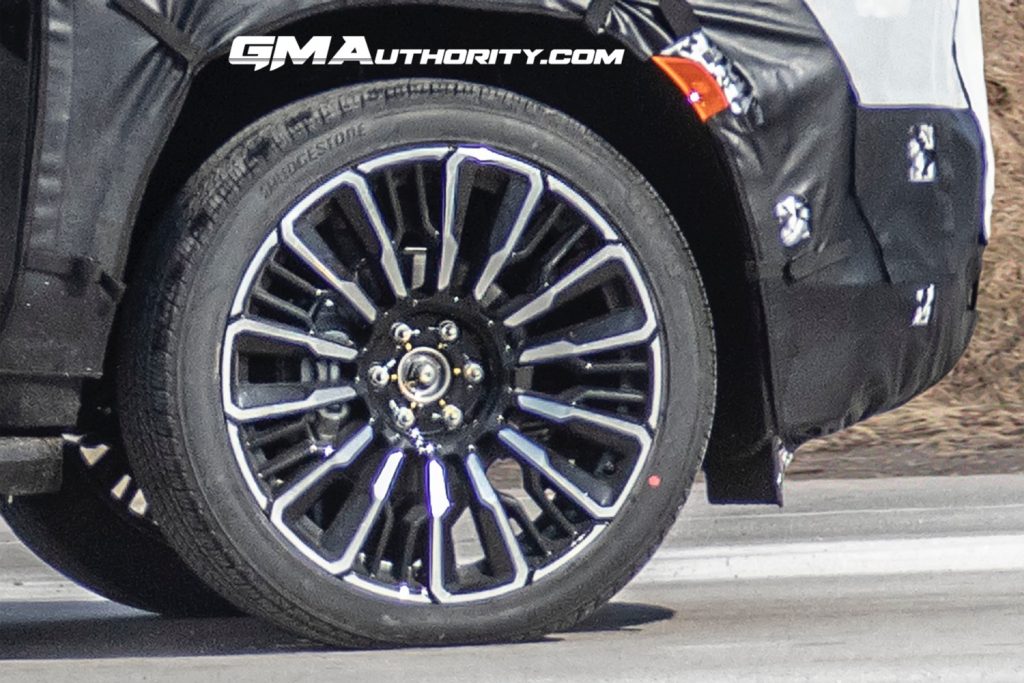 Alas, the tires mentioned above are included as standard on all GM full-size body-on-frame SUVs when equipped with 22-inch wheels, so the tires in and of themselves are not a dead giveaway that this particular Chevy Tahoe prototype is some new Tahoe SS model.

Either way, the aggressive wheels and low-profile tires give this prototype a rather eye-catching stance. The look is definitely more athletic than the 2024 Chevy Tahoe that we spotted previously, while the quad exhaust tips announce the presence of the naturally aspirated 6.2L V8 L87 gasoline engine under the hood. The L87 is currently equipped as standard on High Country trims, and offered as optional for RST, Z71, and Premier. Output is rated at 420 horsepower at 5,600 rpm and 460 pound-feet of torque at 4,100 rpm.

As a side note, the current Chevy Tahoe is also available with naturally aspirated 5.3L V8 L84 gasoline engine and 3.0L I6 LM2 turbodiesel Duramax. Under the skin, the Chevy Tahoe rides on GM T1 platform, while production takes place at the GM Arlington plant in Texas. 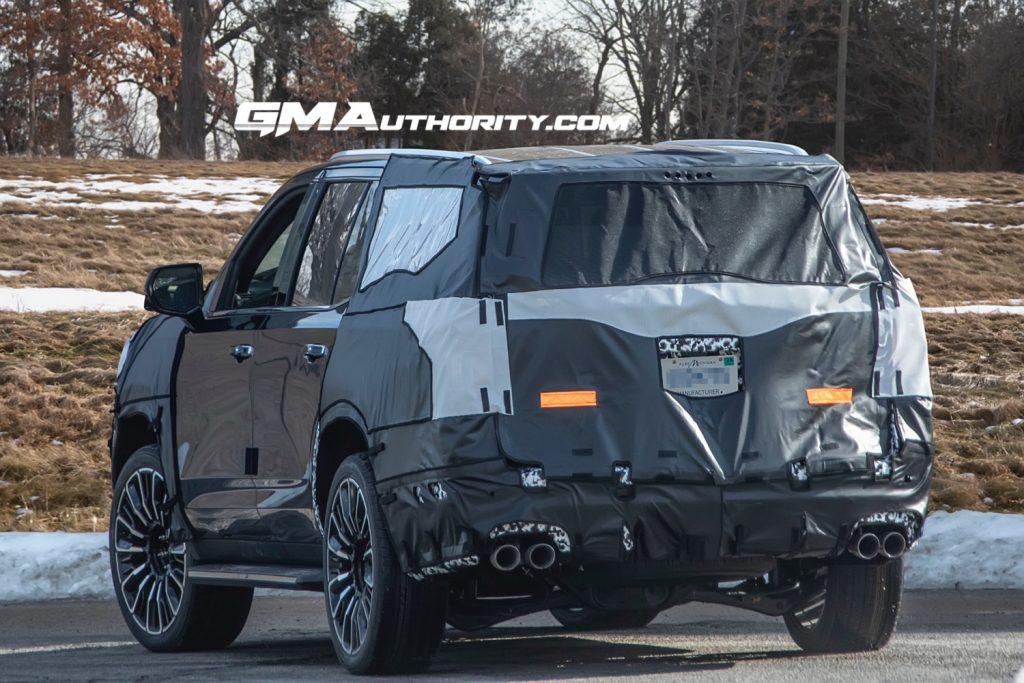 Other elements of note on this prototype include the assist steps, which appear to be the Black with chrome accent strip (RPO code BVE) feature that’s included as standard on Premier and High Country. The BVE assist steps include a Gloss Black accent strip on Commercial, LS, LT, and RST models, while the Assist steps, power-retractable with perimeter lighting (RPO code B3L) feature is offered as optional for Premier and High Country. 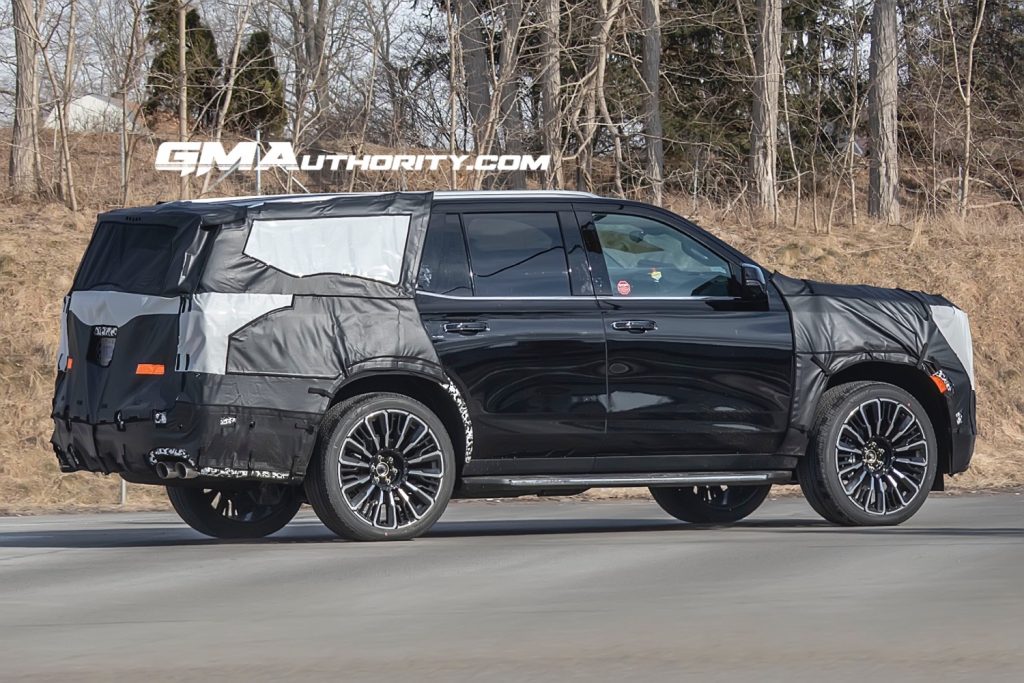 Finally, the door handles are the chrome with body-color strip (B1V) units included as standard and only available on Premier and High Country. This is one of the dead giveaways that this particular prototype is either a Premier or High Country trim, as Commercial, LS, LT, RST, and Z71 trims include standard body-color door handles (RPO code D75). 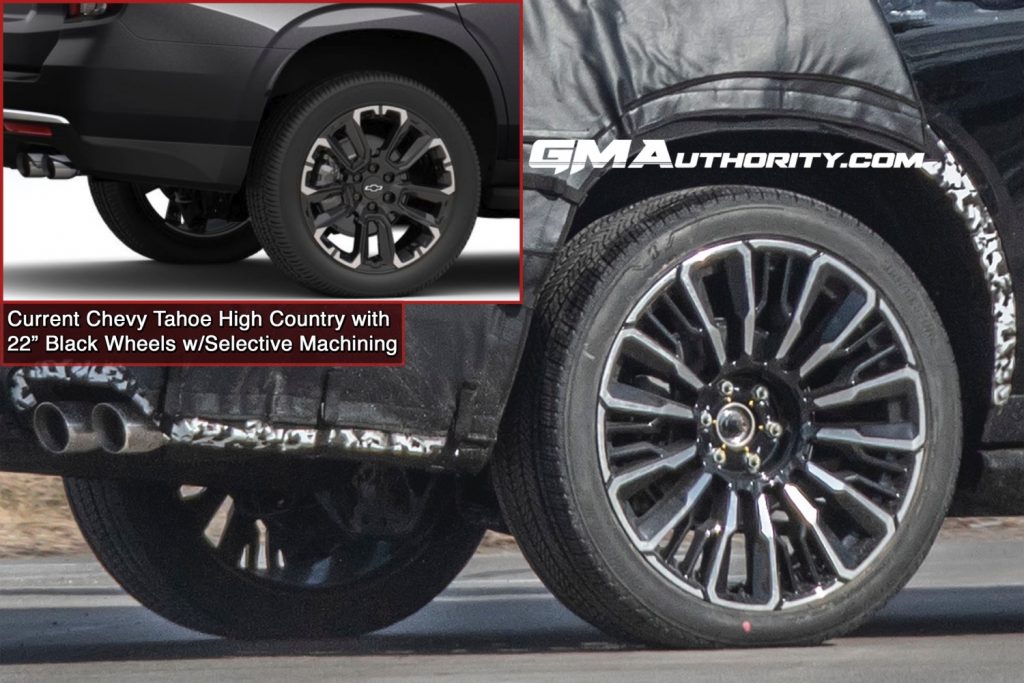 Put it all together, and what we’re likely looking at here is either the Premier or High Country trim for the refreshed 2024 Chevy Tahoe, plus a new wheel design. In fact, these new wheels are likely a more dramatic replacement (or successor) to the 22-inch Aluminum Multi-Spoke Wheel in Black with Select Machining (RPO code SRL) wheels, as GM Authority wrote about previously. To note, those previous rollers cost $2,995 to equip on the current Tahoe.

As for a potential 2024 Chevy Tahoe SS model, GM currently does not have any plans to develop such a model, at least no plans that we’re aware of. Of course, we can certainly dream.