Volkswagen has pulled the veil from its new battery-electric ID. Buzz van ahead of its arrival in the United States next year. 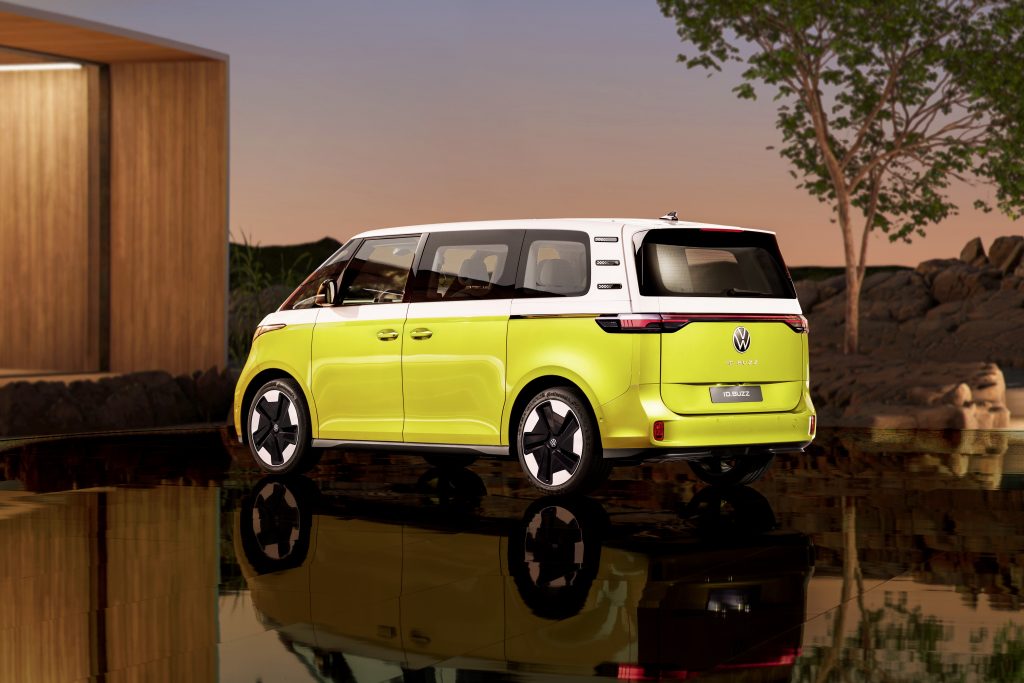 The VW ID. Buzz is a medium-sized, battery-electric passenger van that pulls inspiration from the iconic T1 – known to many Americans as the Microbus. The model pictured here is the European-spec version, which will go on sale in Germany and other EU countries later this year. The U.S. and Canada will receive the extended wheelbase version of the minivan, which has yet to be shown by VW. 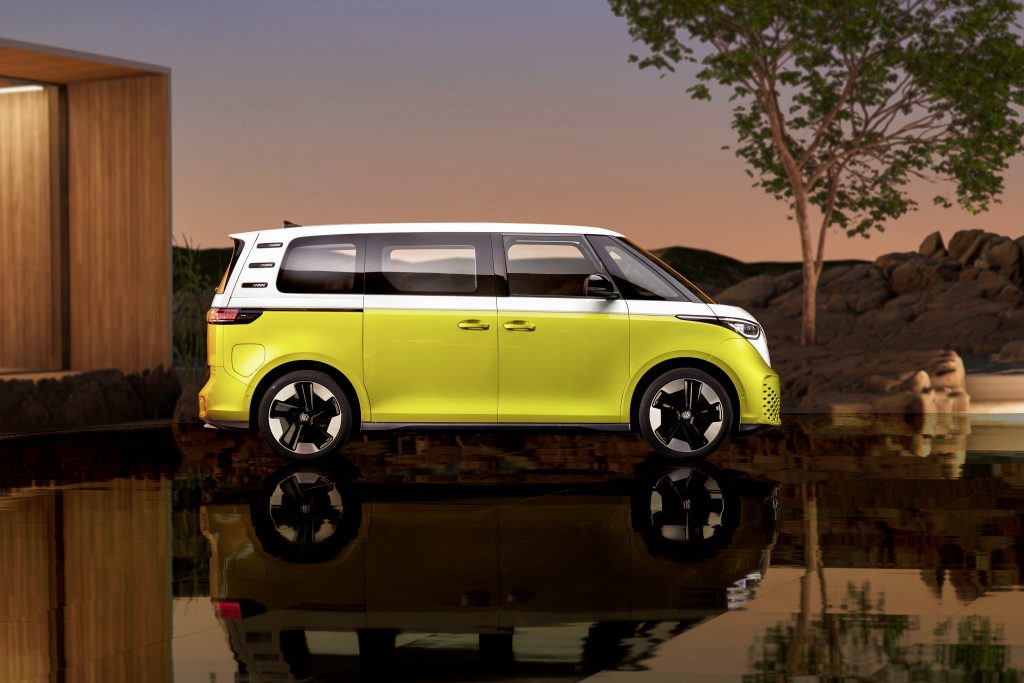 Power in the Euro-spec VW ID. Buzz comes from a single, rear-mounted electric motor producing 201 horsepower and 229 pound-feet of torque. Energy is stored in a 77 kWh lithium-ion battery pack, which supports DC fast charging at rates of up to 170 kW. VW says an ID. Buzz plugged into a DC fast charging station can fill the vehicle’s battery from five percent to 80 percent capacity in about 30 minutes. 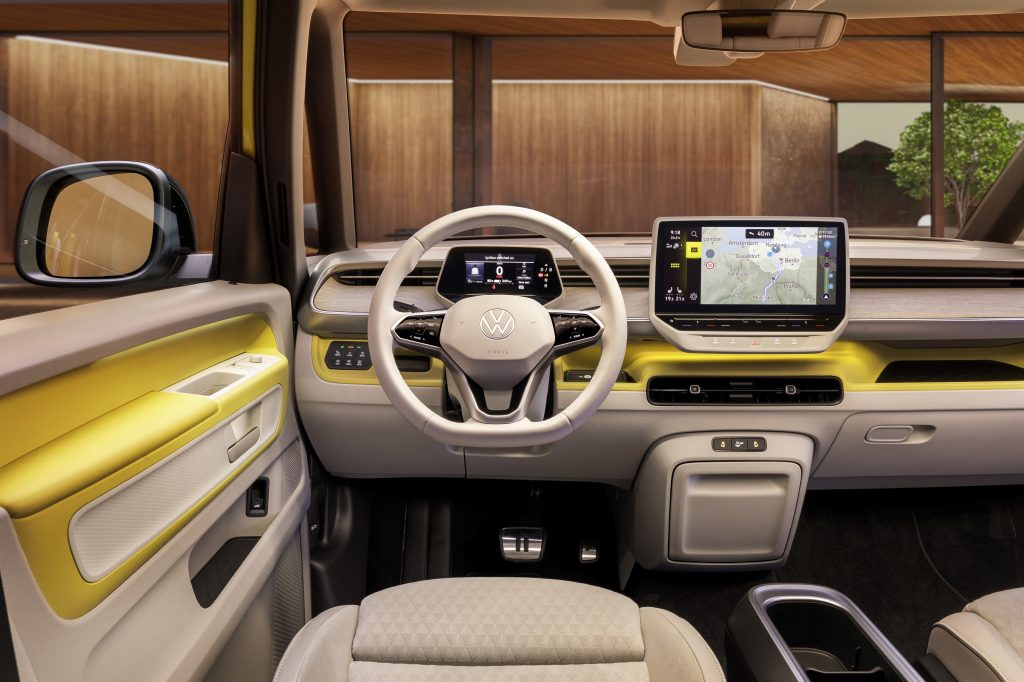 This regular wheelbase, Euro-spec model variant has seating for five passengers and 39.5 cubic feet (or 1,121 liters) of cargo capacity behind the second row. Cargo capacity grows to 77.8 cubic feet (or 2,205 liters) when the second row of seats are folded down. In passenger-friendly MPV versions of the ID. Buzz, the cabin will take on a “lounge-like, friendly ambience,” with modern-yet-plush seats, light upholstery and brightly colored trim. A 10-inch infotainment display is standard, while an upgraded 12-inch display with navigation is optional. A 10-inch digital instrument cluster is also standard. 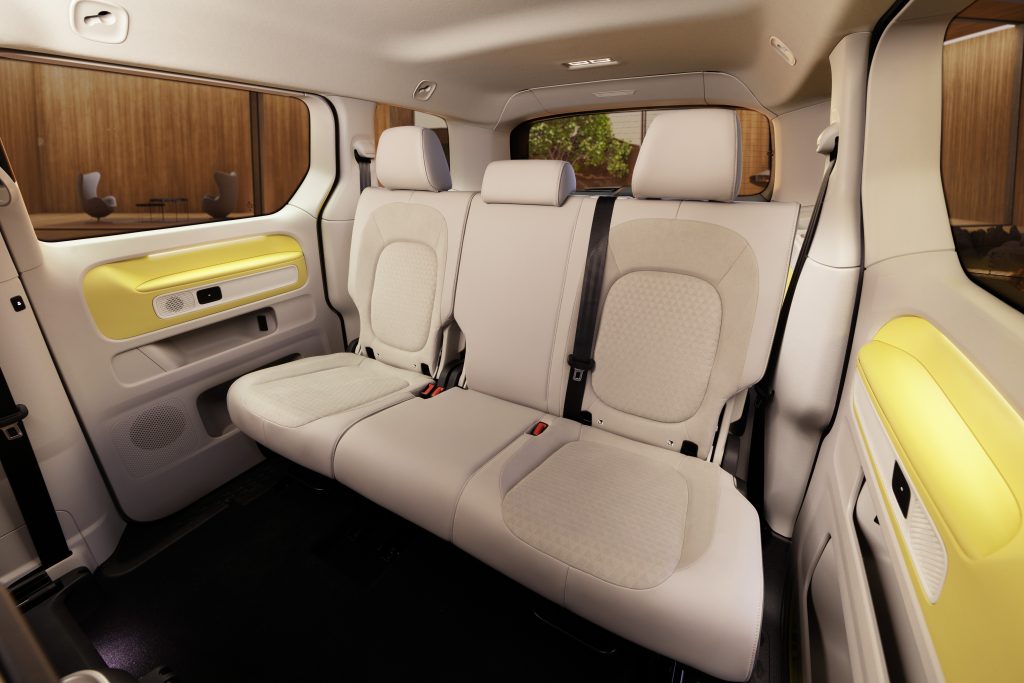 While General Motors has not expressed any desire to re-enter the passenger van market, the Detroit-based automaker has a van nameplate from its past that it could also leverage on a new battery-electric model to rival the ID. Buzz. Many Millenials have fond memories of the utilitarian and reliable Chevy Astro, and we think its boxy styling would translate well to a modern-day EV. Just check out this rather sharp fan-made Astro EV rendering, for example.

The ID. Buzz model line, which consists of the regular passenger model and the fleet-focused ID. Buzz Cargo, will be produced by Volkswagen Commercial Vehicles at its main plant in Hanover, Germany. More information on the North American spec model will be released at a later date.