General Motors may not have a direct answer to off-roaders like the Jeep Wrangler and Ford Bronco, however, tuning shops and enthusiasts have done a good job at modernizing the automaker’s iconic K5 Chevy Blazer with parts from Chevrolet Performance, as well as various aftermarket parts and accessories. Just take this 1969 K5 Chevy Blazer, for example, which was recently featured on an episode of popular automotive YouTube channel Autopia LA.

A post shared by Rock Bottom Off Road (@rock_bottom_offroad)

This custom Blazer was put together by Riverside, California-based shop Rockbottom Off-Road. While this may look like a so-called pavement princess (and we have our doubts it will be taken off-road very often), there’s no denying that it has all the right components to take on some of the most demanding trails in the country. Key upgrades include custom four-link suspension with King off-road shocks, providing 12.5-inches of travel, an aftermarket steel bash bar and rear bumper and beadlock wheels shod in huge 37-inch tires. One of the more impressive aspects of this build is the custom roll cage, which extends from the a-pillars to the rear tailgate, providing full protection for passengers in both the front and rear seats. 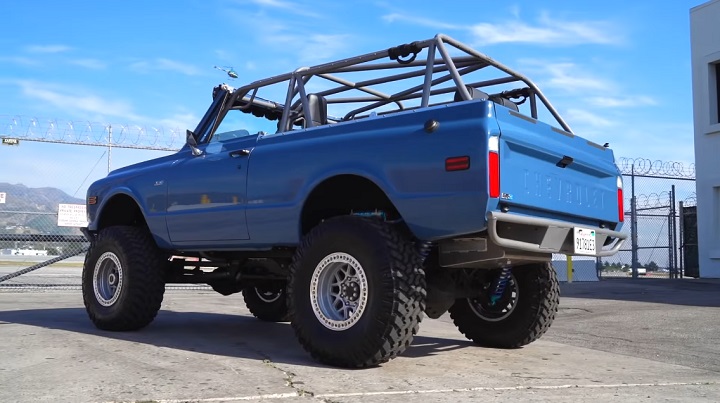 Under the hood is a supercharged 6.2L LS3 V8 engine, which has been topped off with a supercharger plucked from a factory GM LSA motor and features an E85 ethanol tune. This setup is good for an estimated 470 horsepower and 480 pound-feet of torque at the wheels. Power is sent through a GM 4L80E four-speed automatic transmission to an upgraded four-wheel-drive system. Inside, the Blazer features heated and ventilated Corbeau racing seats with harnesses, a billet steering wheel and a custom center console with two cupholders. 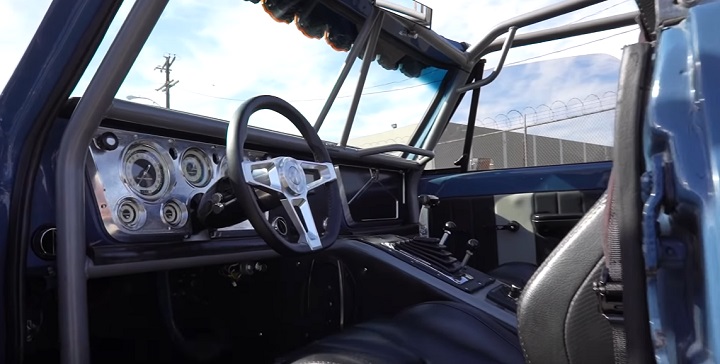 We could go on and on about this drool-worthy K5 Chevy Blazer build, but we’ll let Autotpoia LA take it from here. Check out the video embedded below.