With 621 horsepower and 645 pound-feet of torque on tap, the GM ZZ572 is the perfect crate engine for car builders who want a big, powerful, old-school V8 in their classic, restomod or quarter-mile machine. This engine produces more than enough power and torque for any road car application, so you can imagine the look of dismay that fell upon our faces when we stumbled across this 572 cubic-inch V8-powered barstool, which will be auctioned off by Mecum later this month. 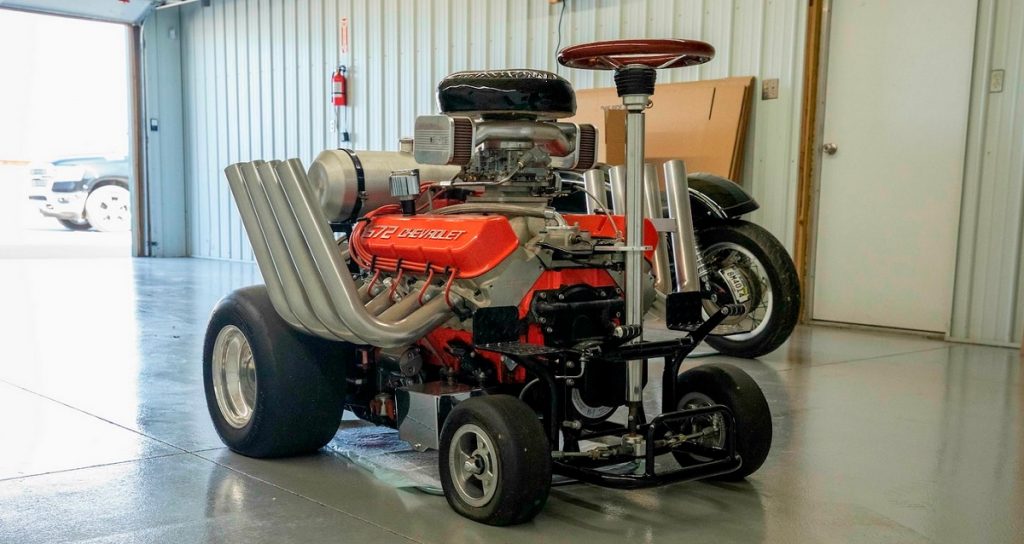 This rather terrifying creation is the brainchild of a Pennsylvania-based company called Hoss Fly Inc., which is the go-to manufacturer of V8-powered barstools in America – not that there’s very much competition in this arena, mind you. Put simply, this is a custom steel welded frame with a GM ZZ572 crate engine mounted to it and a barstool seat plopped on top of the air cleaner. The auction listing doesn’t offer much information on the vehicle, only saying it has a Grant GT steering wheel, an MSD ignition system and Holley air cleaners. According to Hoss Fly Inc.’s website, Small Block versions of their V8 barstool feature a single forward gear that can take it up to speeds of 25 mph and a 5 mph reverse gear. It can also tow up to 2,000 pounds.

Jay Leno featured a Hoss Fly Inc. V8 barstool on his Jay Leno’s Garage program way back in 2013, humorously describing it as a “ridiculous” vehicle that makes no sense. He also quipped that viewers should “forget the ZR1 Corvette,” because the V8 barstool will “scare the hell outta ya” all the same. Jay took the vehicle for a short spin around his Los Angeles warehouse, as well, and even though he couldn’t open the taps, he joked that he was impressed by the vehicle’s tight turning radius. 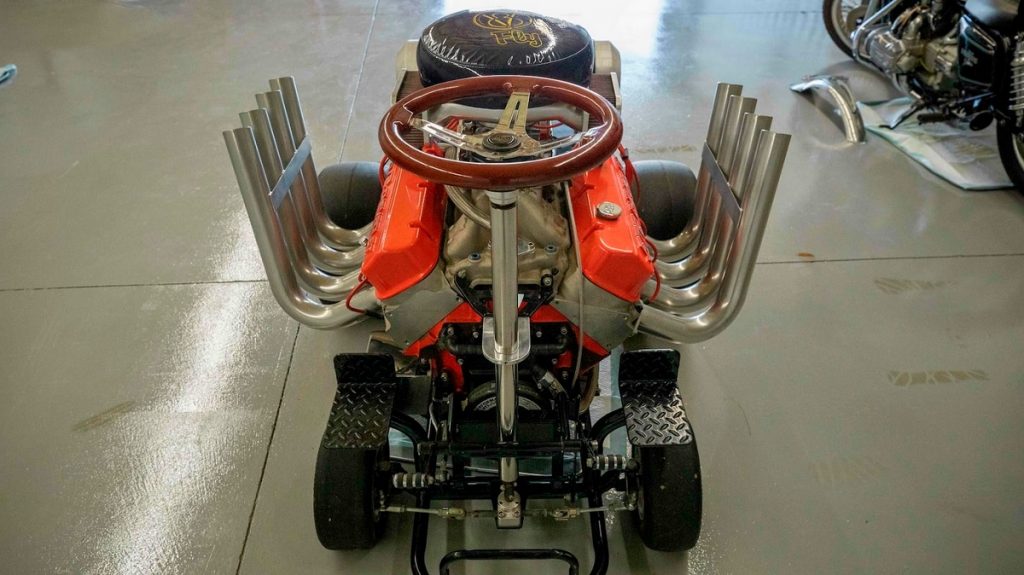 This GM ZZ572 Big Block powered Hoss Fly will cross the auction block at Mecum’s Houston 2022 sale, which will kick off on March 31st. Check out the listing at this link.

Be sure to subscribe to GM Authority for more Chevrolet news and ongoing GM news coverage.