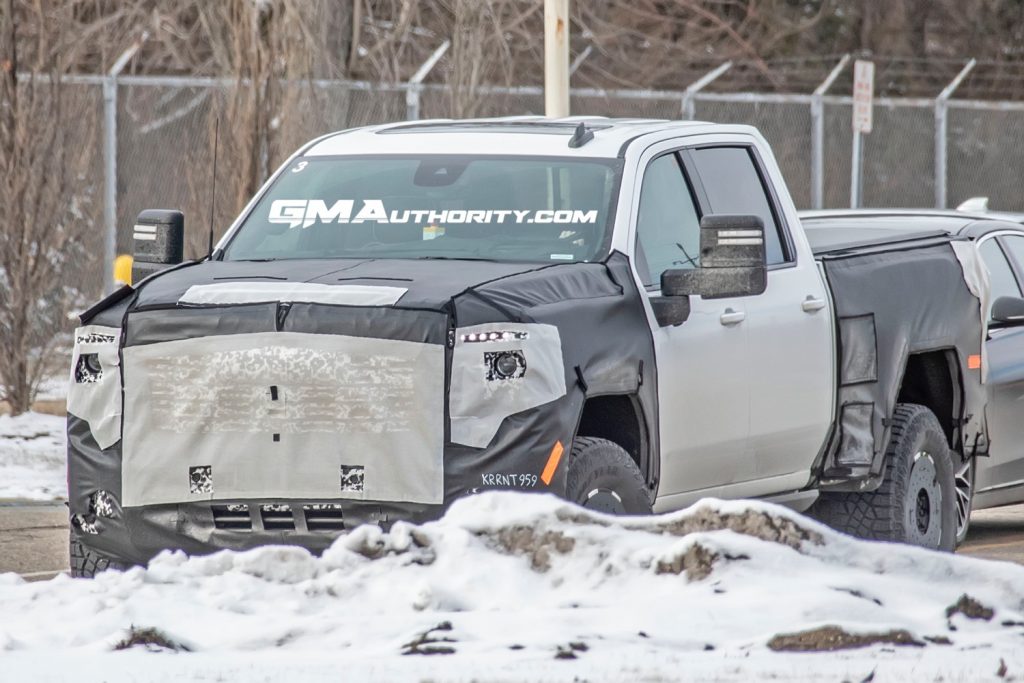 As reported last week, GM is actively looking at a variety of upgrades that take the GMC Sierra HD AT4 to a whole new level of off-road capability, thus giving rise to a new AT4X HD variant. Engineers have reportedly been busy testing a number of suspension configurations, including numerous shock options, such as swapping between upgraded versions of the “standard” Sierra HD AT4’s Rancho shocks and more robust versions of the Dynamic Suspension Spool Valve (DSSV) shock technology currently found on the light-duty GMC Sierra AT4X and its corporate cousin, the Chevy Silverado ZR2.

Now, with the appearance of this new prototype model, it looks as though the program which GM Authority first reported on has advanced from internal evaluation to real-road testing – a significant step in GM’s testing protocols, to be sure. 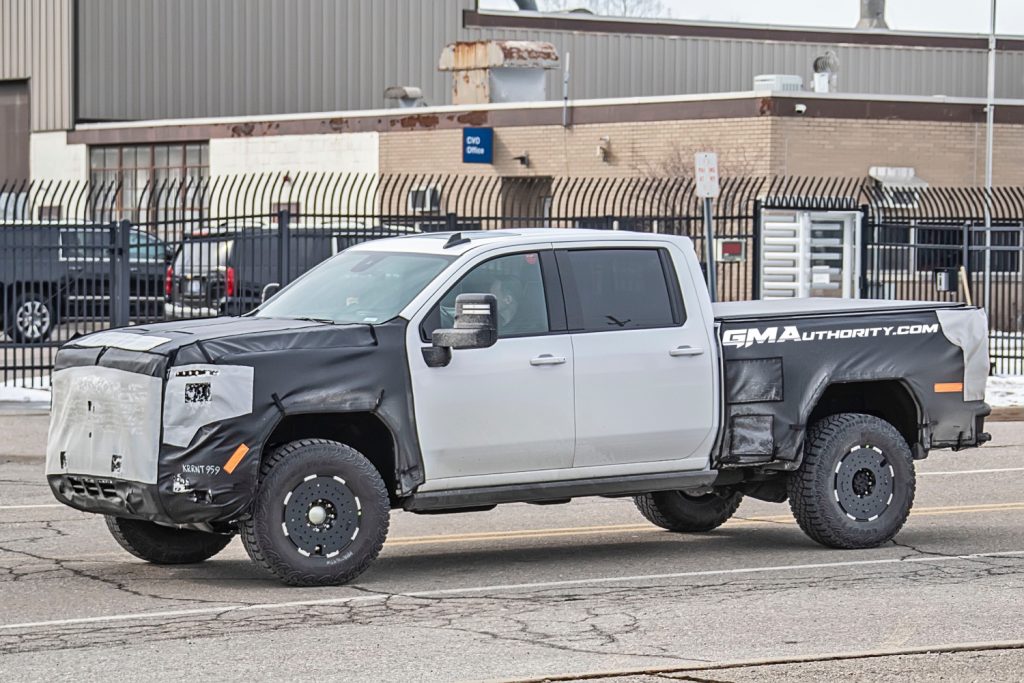 Additionally, this new prototype model looks to be equipped with a number of features that remain consistent with the range-topping off-road models in GM’s midsize and full-size pickup lines, as well as features that take it a step above GMC’s current Sierra AT4 HD trucks. These features include a stripped-down front bumper with enhanced ground clearance, as well as a highly visible, beefed-up front skid plate, a combo that underlines the GMC Sierra HD AT4X as laser-focused on off-roading with the removal of any unnecessary low-hanging bits, such as chin spoilers or diffusers. The improved ground clearance and approach angle will certainly help off-road. 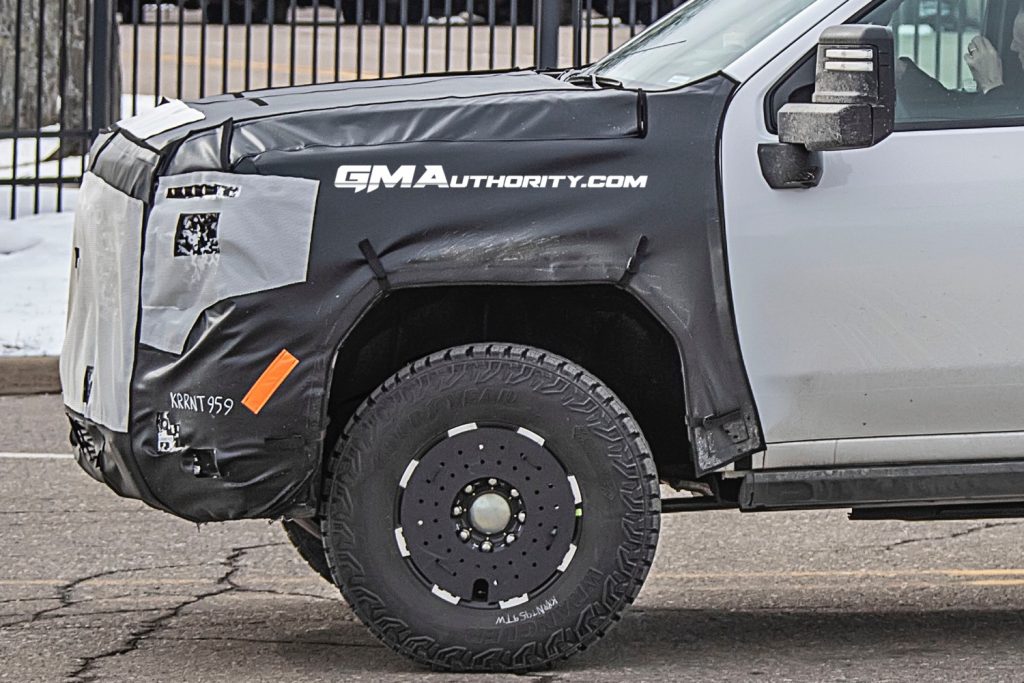 This 2023 GMC Sierra HD AT4X prototype is also running Goodyear Wrangler Territory MT tires, which are consistent with the other products in GM’s ZR2/AT4X lineup. Although it looks like an attempt has been made to obscure the sidewall lettering, it isn’t too difficult to confirm the tire type and brand in use here.

By comparison, the current Sierra HD AT4 is fitted with either Goodyear Wrangler TrailRunner A/Ts, or Goodyear Wrangler Duratrac tires. To note, Territory MT tires can also be found on the recently released Chevy Silverado ZR2, as well as next-gen Chevy Colorado ZR2 and GMC Canyon AT4X prototypes. 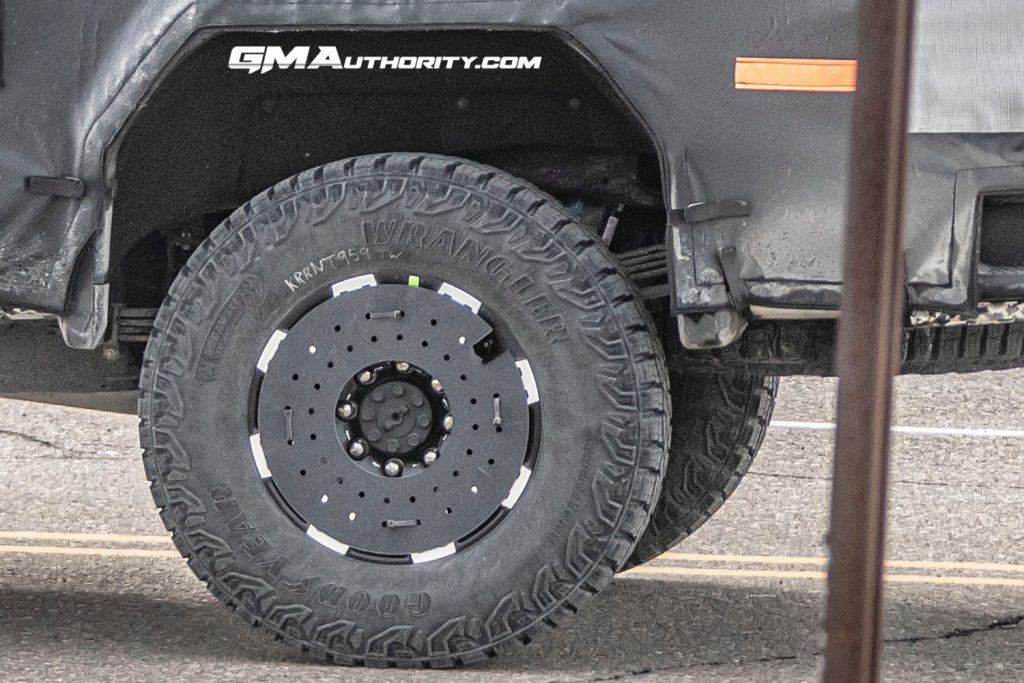 Speaking of the running gear, this 2023 GMC Sierra HD AT4X is running camouflaged wheels, which are similar to the camo-clad wheels used for the light duty GMC Sierra AT4X and Chevy Silverado ZR2 prototypes seen previously. It’s also worth noting the eight-lug design for the wheels used with this heavy-duty prototype model. 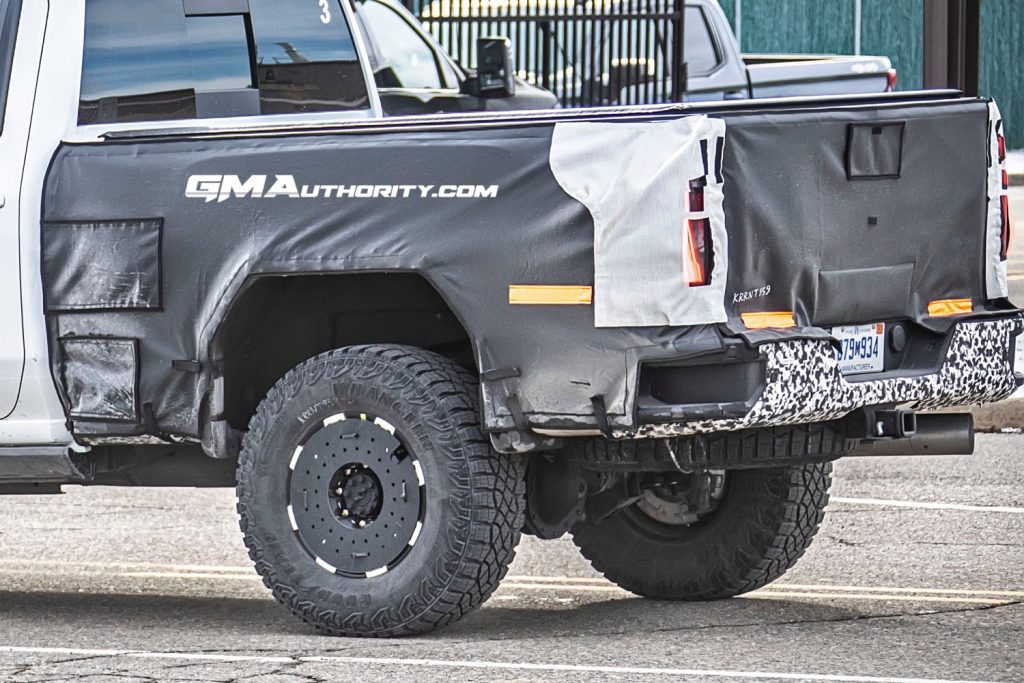 One of the most critical upgrades for the new Sierra HD AT4X will be the suspension, and although it’s difficult to tell, the shocks on this prototype appear to differ from the red-tubed Rancho shocks equipped by the current GMC Sierra HD AT4. By contrast, these shocks may be similar to the Multimatic DSSV units in use with the rest of the AT4X and ZR2 lines. 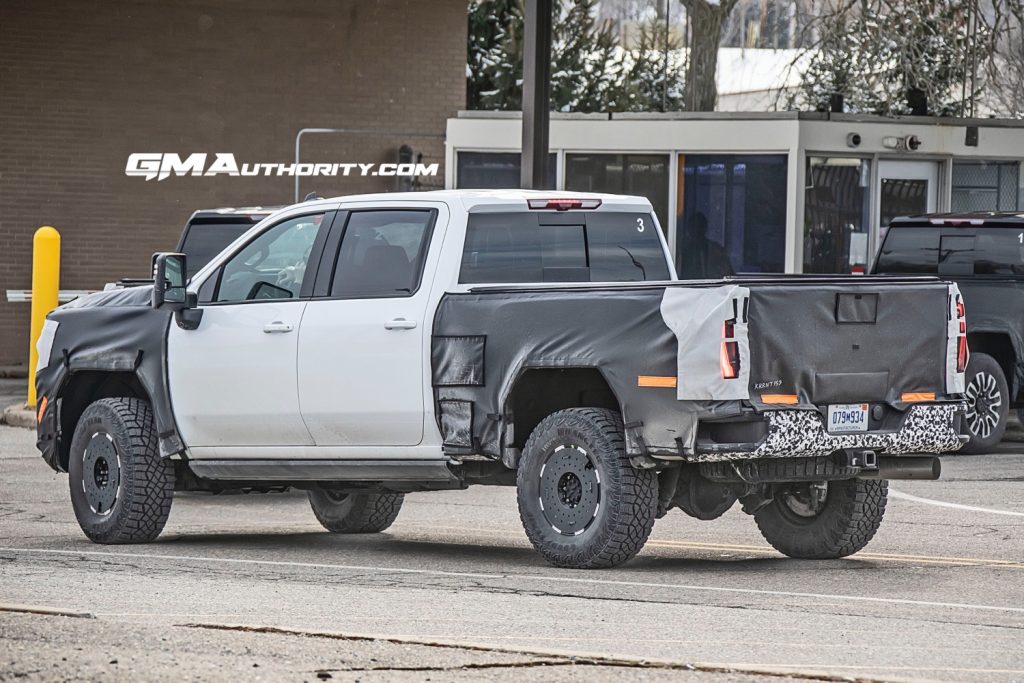 Although DSSV shocks are not typically stout enough to handle the heavy-duty GMC Sierra, GM Authority has confirmed that DSSV shocks may be part of GM’s testing for the new Sierra HD AT4X, possibly giving up the usual HD capability in favor of enhanced off-roading. It’s also possible Multimatic will offer a new HD-spec DSSV shock that could bridge the gap. 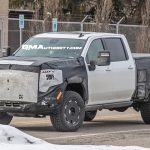 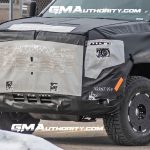 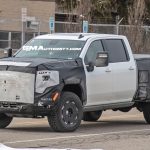 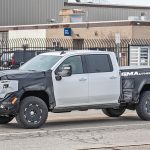 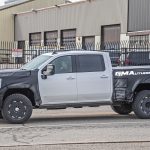 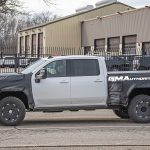 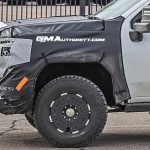 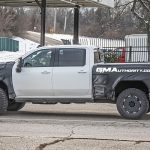 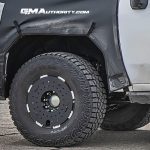 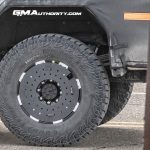 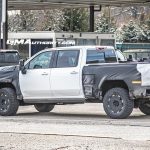 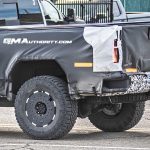 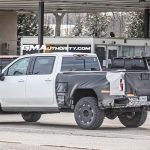 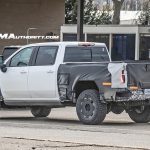 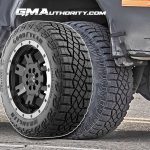 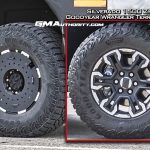 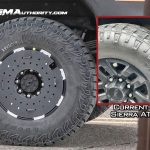 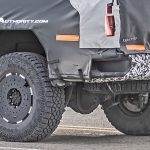 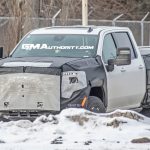