General Motors unveiled the refreshed 2023 Chevy Blazer this past February, bringing revisions to the exterior styling with new front and rear ends, as well as a new infotainment screen inside the cabin. GM Authority already poured over the new exterior of the 2023 Chevy Blazer RS in an exclusive video, and now, we’re taking a closer look at the crossover’s interior with the following video hosted by GM Authority Executive Editor, Alex Luft. 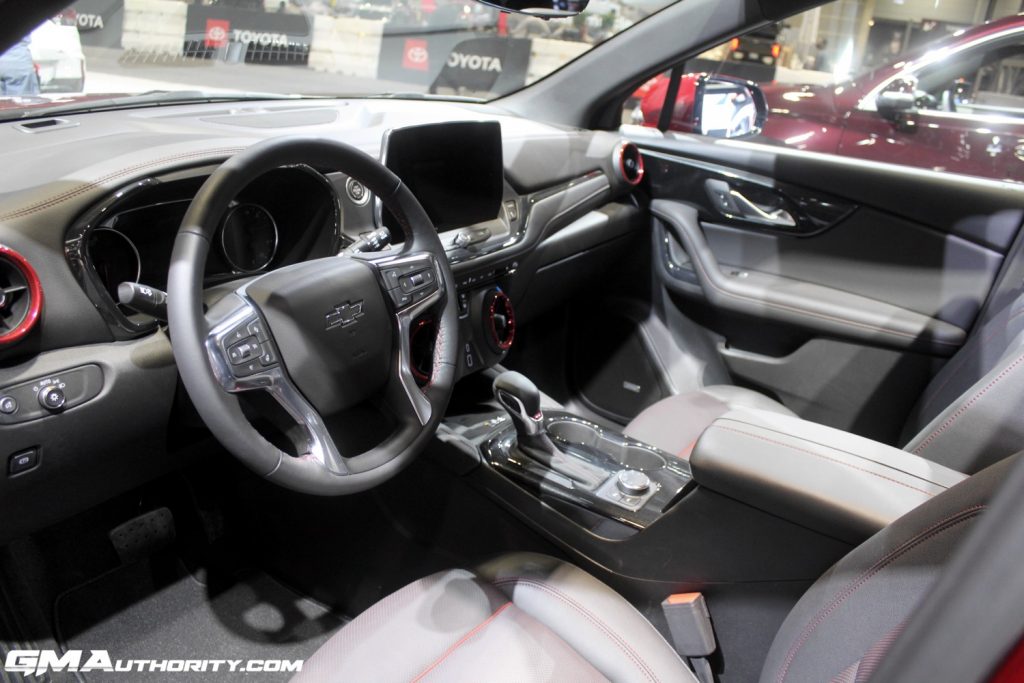 The 2023 Chevy Blazer featured here is the same RS model that we featured in our exterior walkaround video posted previously. Sitting pretty on the floor of the 2022 Chicago Auto Show, this 2023 Chevy Blazer RS features leather-appointed and perforated seats in Jet Black with Red Accents, adding a lovely complement to the the Radiant Red Tintcoat exterior paint. The upholstery looks good in the crossover, adding a premium feel to the interior. It’s worth noting that this model does not have the new-for-2022 Nightshift Blue interior colorway. 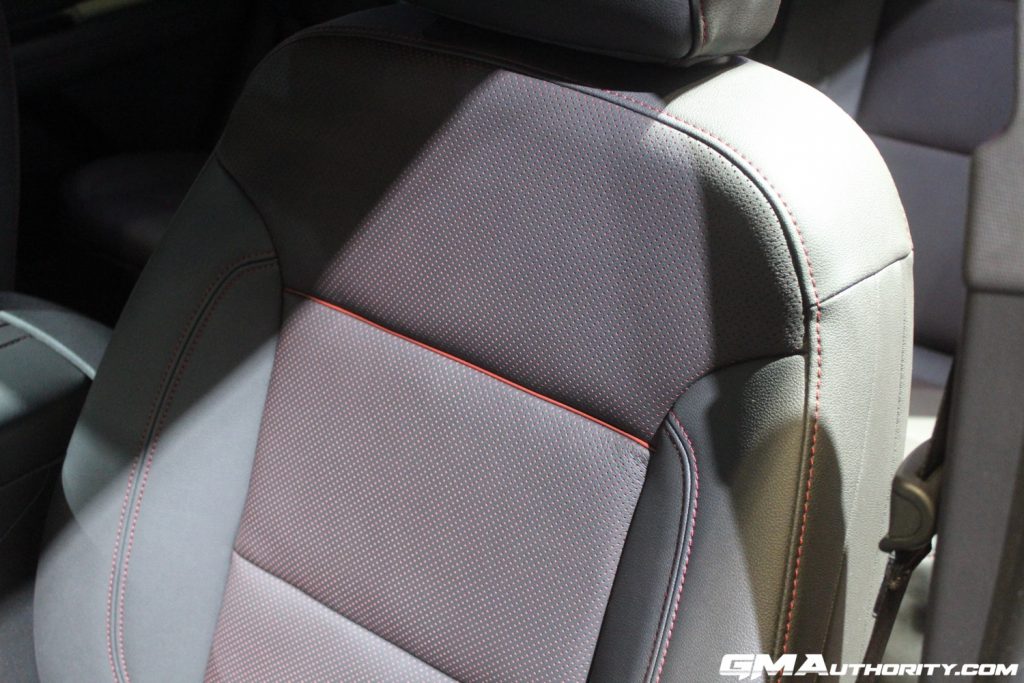 The most significant change with regard to the interior of the refreshed 2023 Chevy Blazer is the new 10-inch diagonal color touchscreen, which replaces the eight-inch unit on pre-refresh 2019, 2020, 2021 and 2022 models. The new 10-inch screen is included as standard across the lineup.

This new screen is mounted high on the dash in a stand-up, tablet-esque position, with polished trim bits for the surround. To the left of the screen reside the vehicle push-to-start button, engine auto start-stop controls and hazard light control. To the right resides the electronic glove box release and the Vehicle Stability and Traction control.

Below the screen, reside the controls for the infotainment, and below those is the HVAC control panel. Two round vents sit at the bottom of the center stack.

The larger new screen also includes an animated Chevrolet logo that flies into view. A neat touch and easter egg is a small Chevy Bow Tie logo behind the screen, facing the windshield.

Check out the full tour of the refreshed 2023 Chevy Blazer interior and the new screen in the video below: