Chevy fans have the opportunity to win a 1973 Corvette whilst also supporting cancer research thanks to a Nebraska-based charity called the Team Jack Foundation.

The non-profit has partnered with a Nebraska-based dirt sprint car racing team, Mark Burch Motorsports, to launch an online raffle for a restored 1973 Corvette, with all proceeds from the raffle benefitting the Team Jack Foundation. The charity has a stated mission of helping to fund childhood brain cancer research and raise awareness for the disease, which is the second most common cancer in children after leukemia. 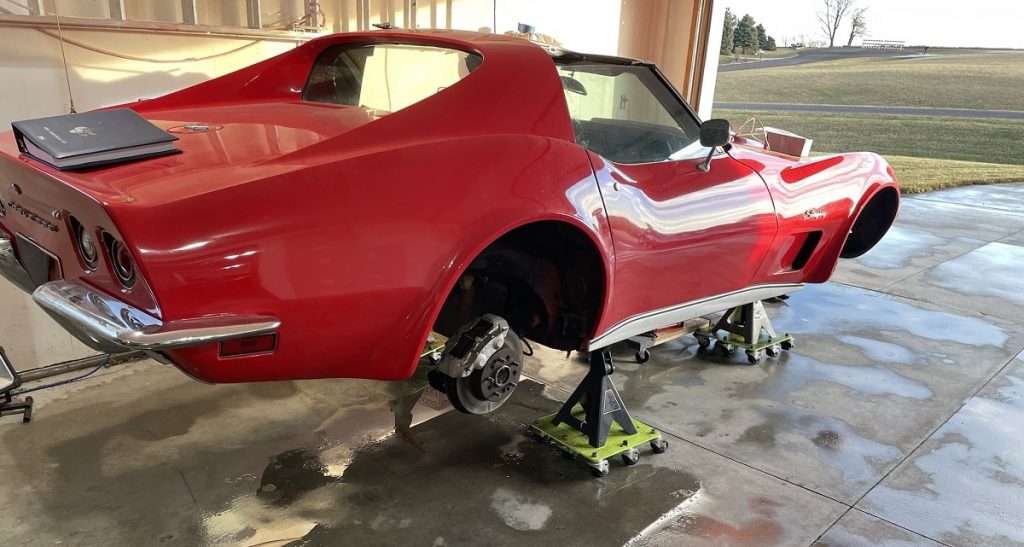 This 1973 Corvette was restored very recently, with a complete gallery of restoration photos available through the Team Jack Foundation raffle page. Few details on the vehicle were offered by the charity, although it appears to be finished in the OEM Medium Red exterior color and features a 350 cubic-inch V8 with an aftermarket air cleaner and Edelbrock valve covers, among other changes.

This isn’t the first vintage GM vehicle raffle hosted by Mark Burch Motorsports and the Team Jack Foundation. Last year, the charity raffled off a restored 1980 Pontiac Trans Am, which raised over $110,000 for childhood brain cancer research.

Check out the raffle landing page on the Team Jack Foundation website at this link. Good luck, Chevy fans!