The Cadillac Eldorado was first introduced for the 1953 model year as a celebration of the Cadillac’s fiftieth anniversary. The new Caddy was loaded with accessories. It introduced the wraparound windshield and a cut-down beltline to Cadillac standard production. The name Eldorado was a contraction of El Dorado, the mythical lost city of gold in South America. 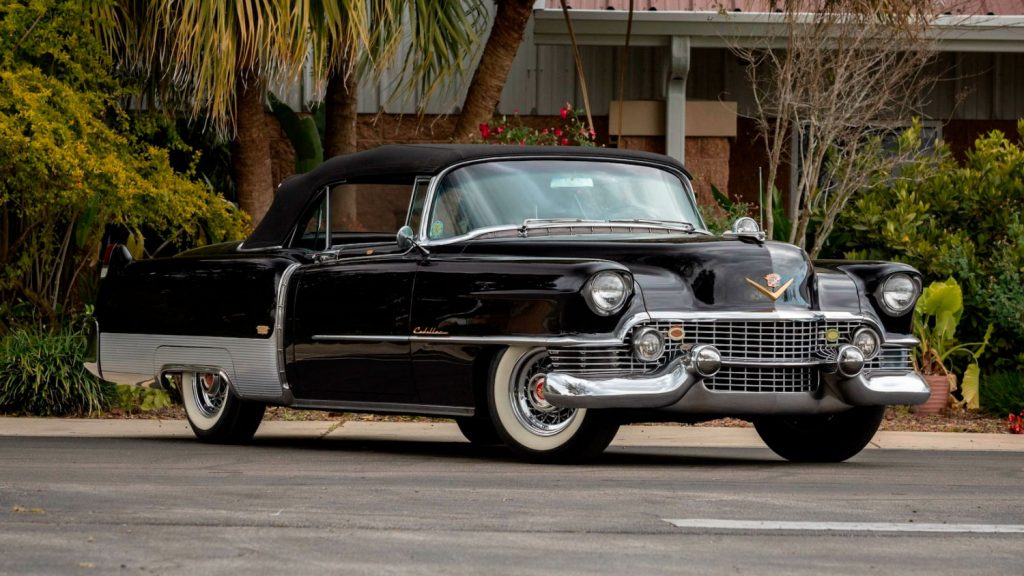 The 1954 model year saw the Cadillac Eldorado adopt the same basic body shell as the rest of the standard Cadillacs. The Eldorado was now distinguished primarily by trim pieces, allowing Cadillac to drop the sticker price, resulting in a significant bump in sales. The Eldorado was well equipped from the factory, with power brakes, power steering, electric front seat, power windows, Hydramatic automatic transmission, chrome wire wheels with wide whitewall tires, power convertible top, and the optional E-Z Eye Glass Headlight Dimmer. Though the 1954 Eldorado sold 2,150 copies in 1954, nearly four times as many as the previous year, it is still quite rare. 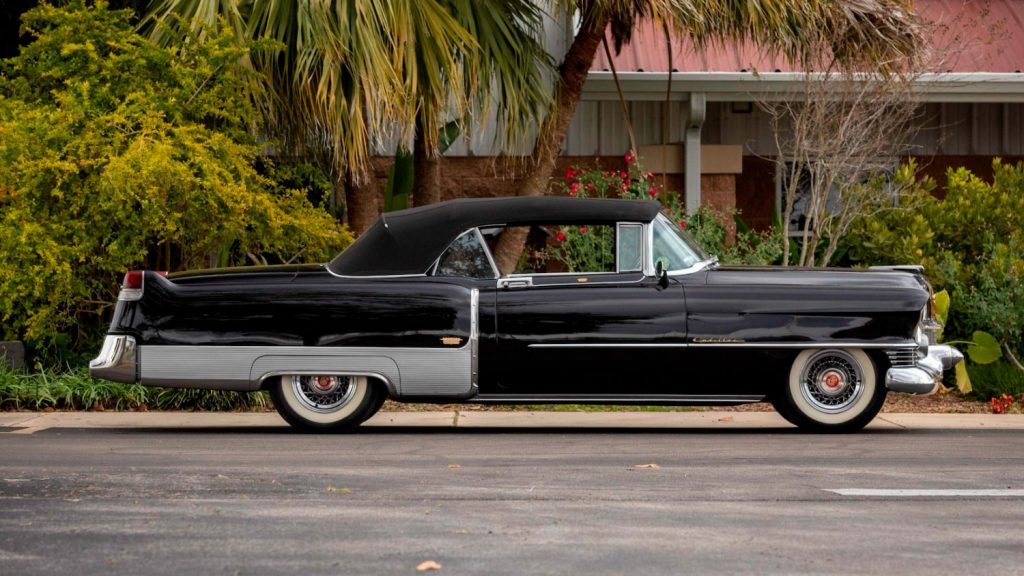 Our feature 1954 Cadillac Eldorado is was awarded the Antique Automobile Club of America National Senior First Prize in 1989 and the AACA Museum Expo Premier Award in 1996. An older restoration that has begun to show signs of age, it is believed to have traveled just 64,000 miles from new. It is finished in Cadillac Black over a black leather interior, and powered by a 331 cubic-inch V8 fed by a single Carter four-barrel carb. This Eldorado is equipped with the optional E-Z Eye Glass Headlight Dimmer, spotlight, and the painted fiberglass parade boot. 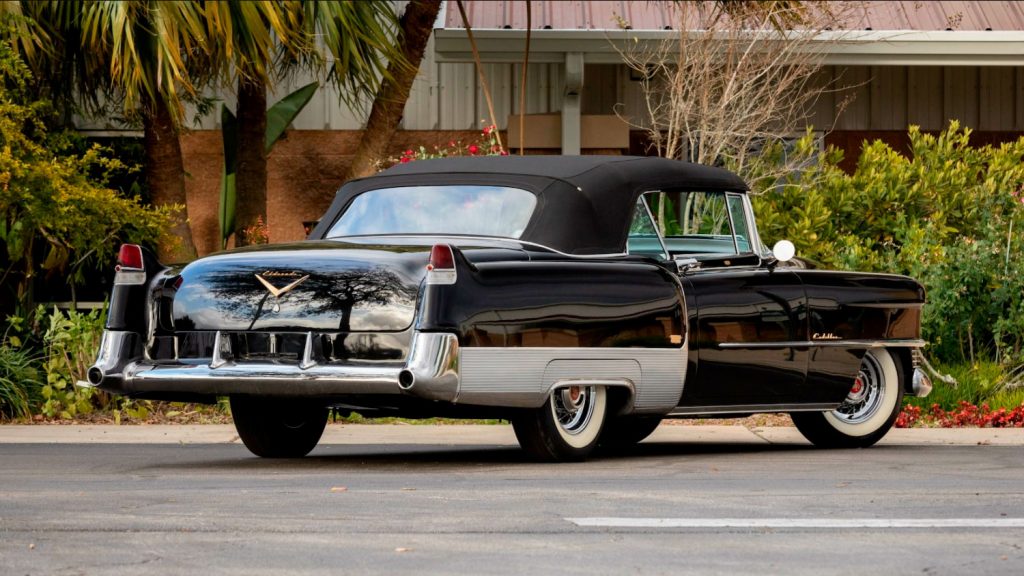 The Cadillac Eldorado is finished in a shiny black that looks to have a bit of dust on it, easily remedied with a quick rinse. The chrome appears to have been refinished at the time of restoration, and the stainless is well polished. Heavy chrome wire wheels are still quite brilliant, shod in wide whitewall tires. The grille wears a pair of medallions from the car’s two AACA awards. Gold-tone hood emblem, Cadillac “V” and assorted Eldorado trim presents well. The black Haartz cloth convertible top is colorfast and a handsome contrast to the glossy black paint. Ribbed Eldorado trim sets this Caddy apart from its more pedestrian stablemates. 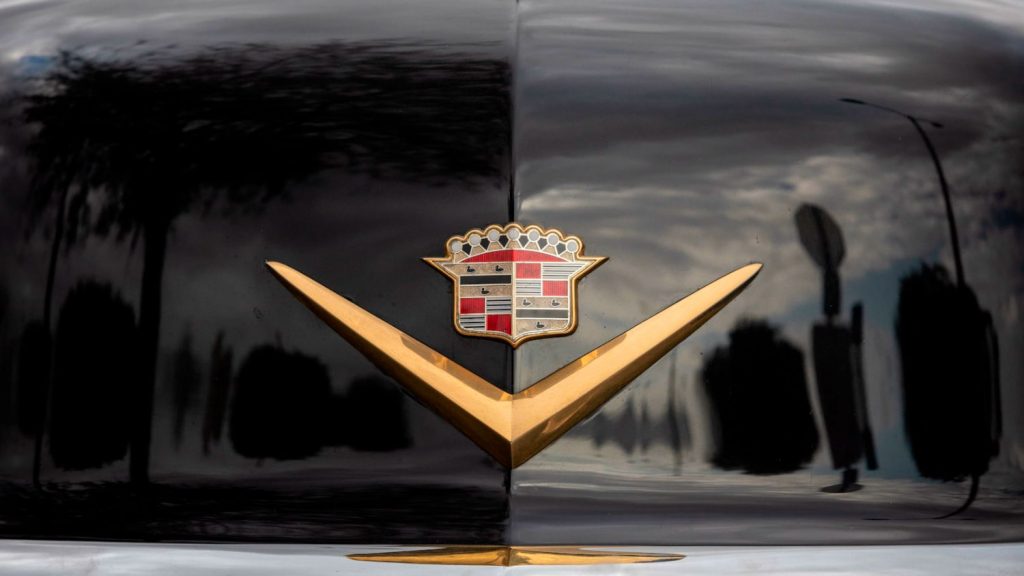 Inside the Cadillac Eldorado is trimmed in black leather with what appears to be gold-tone accents. Interior courtesy lights still work, shining through slightly yellow lenses. The black leather front bench seat shows light creasing from use. Gauges, radio, and clock are all still legible with sharp print. The black padded dash is still in good nick, with no cracking or pulling at the base of the wraparound windshield. The E-Z Eye Headlight Dimmer is to the left of the steering wheel. 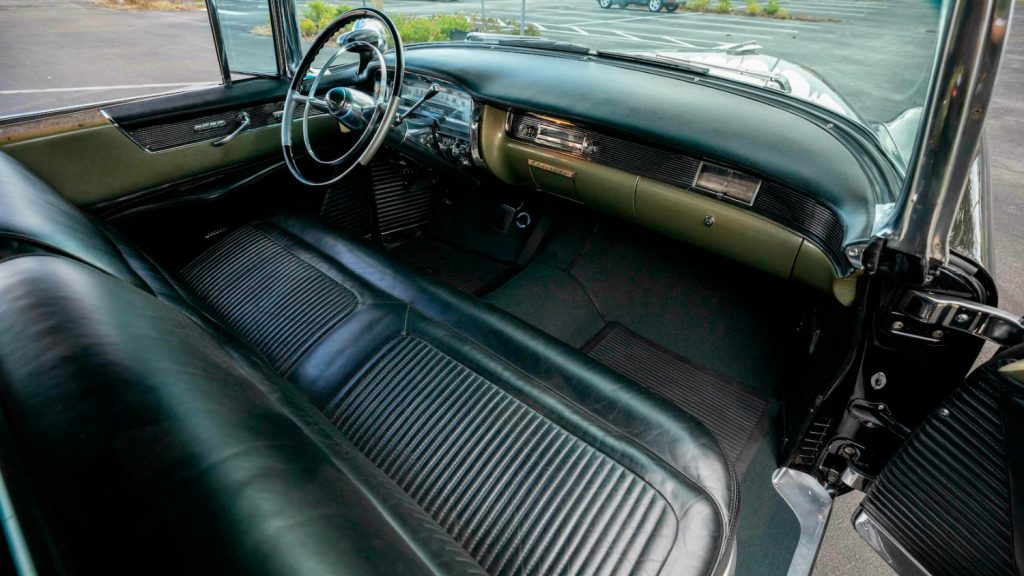 Under the hood of the Cadillac Eldorado resides the 331 cubic-inch V8. The engine bay is largely correct (although the air cleaner appears to be a bit askew), but could benefit from a bit of detailing. Backing the 331 cube mill is a Hydramatic automatic transmission. 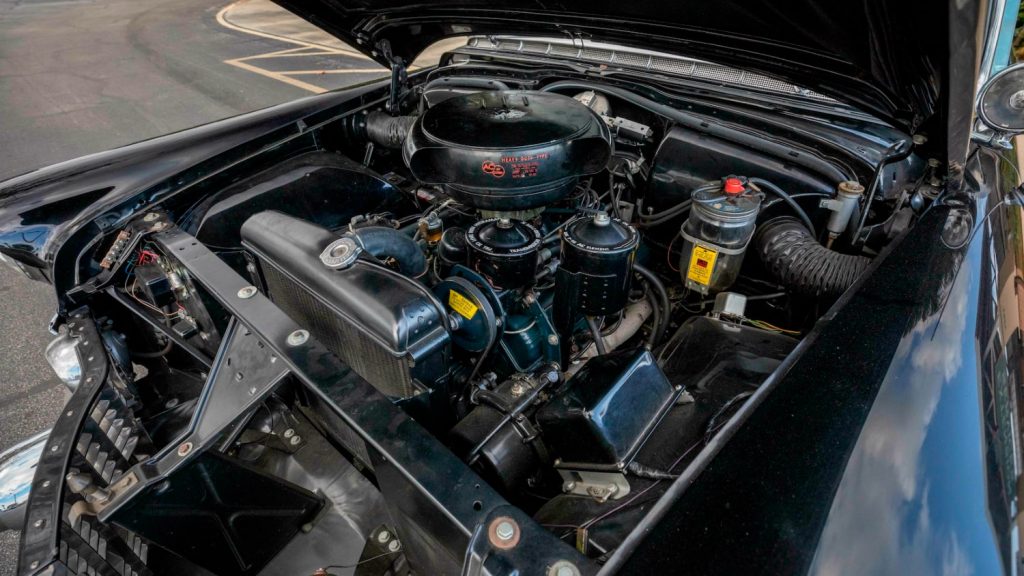 This handsome Cadillac Eldorado will cross the auction block at the Mecum Auctions Indy sale taking place May 13th through the 21st at the Indianapolis State Fair Grounds. 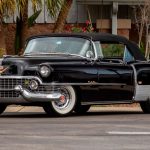 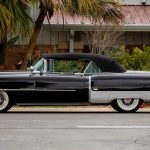 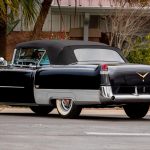 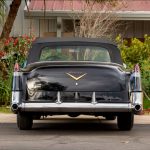 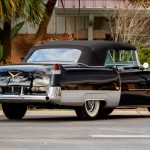 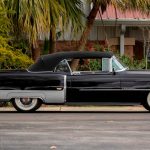 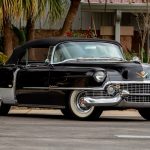 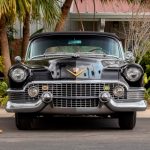 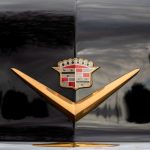 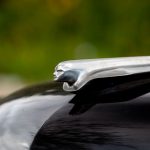 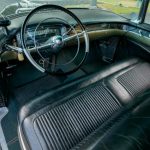 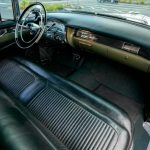 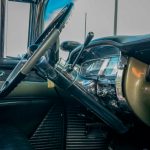 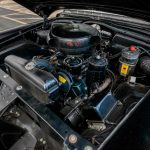 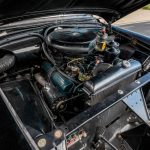