The No. 7 Nascar Next Gen Chevy Camaro ZL1 team, driven by Corey Lajoie and fielded by Spire Motorsports, received heavy penalties after the Cup Series race at Phoenix Raceway on March 13th, 2022. The penalties are a result of an incident in which Lajoie’s No. 7 Camaro lost a wheel under green flag conditions.

On Lap 45, the right front wheel of the No. 7 Chevy came off, causing Lajoie to make contact with the wall. This incident was found to be in violation of section 10.5.2.6 of the Nascar rule book, which outlines penalties in regard to “loss or separation of an improperly installed tire/wheel from the vehicle.”

Three crewmembers from the No. 7 Camaro team have been suspended for the next four points-paying races as a result of the improperly secured wheel. They are Ryan Sparks, crew chief; Blaine Anderson, front tire changer; and Allen Holman, jackman.

According to Bob Pockrass, Nascar reporter for FOX Sports, a loose wheel can pose a serious danger to racers, crewmembers and track personnel. This is especially true if it is struck and launched by another race car, hence the strict penalties for an improperly secured wheel.

Rolling wheel a big danger if launched by another car. NASCAR can’t risk lowering penalty w/o increasing potential liability. I would think they could interpret “improperly installed” differently if they feel no fault. Or potentially the appeals process will take care of that. https://t.co/Zt7qdTWCPc

Nascar switched to single-lug aluminum wheels with its Next Gen race car, which debuted at the start of the 2022 racing season. Previously, steel wheels with a traditional five-lug pattern were used. Penalties for loose wheels were introduced to the Nascar rule book to discourage racing teams from intentionally leaving lug nuts loose in order to cut down time spent servicing the race car during a pit stop, but Lajoie questioned the guidelines’ relevance with the new single-lug setups. 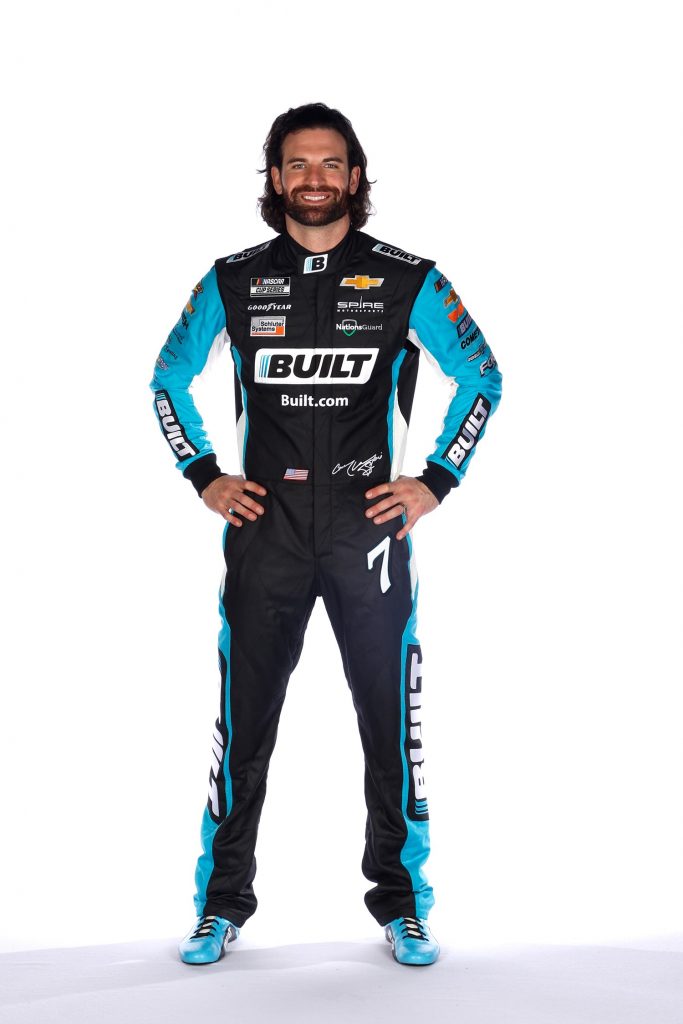 Corey Lajoie, driver of the No. 7 Nascar Next Gen Chevy Camaro

“When you are laying a penalty, you also have to look at intent, right, because if the intention with hitting three lug nuts was a faster stop and the wheel comes off,” Lajoie said in an interview with SiriusXM Nascar Radio. “That’s the crew chief’s call to hit three lug nuts. That is a team-wide decision to do. With one lug nut, it’s either on there or it is not on there. It’s not a competition advantage to not get a wheel tight anymore.

“Ryan Sparks (crew chief) does not want to send our car with a loose wheel and stuff it in the fence and finish last, and also kill a whole car.”

Spire Motorsports has not indicated if it will attempt to appeal the penalties.

It should be noted that two other Nascar Cup teams appealed similar penalties regarding lost wheels that occurred this season. The No. 38 Ford Mustang team incurred a penalty for a lost wheel at Daytona, and the No. 31 Chevy Camaro team was penalized for an incident at Fontana. However, the penalties were upheld by Nascar.