The last lap of the Nascar Cup Series at Circuit of the Americas (COTA) culminated in an epic battle between three Next Gen Camaro ZL1s for the win. Ultimately, Ross Chastain, driver of the No. 1 Camaro, avoided incident and captured his first victory at the Cup Series level on Sunday, March 27th.

Chastain and the No. 1 Chevy racing team bested Alex Bowman in the No. 48 Camaro and AJ Allmendinger in the No. 16 Camaro as they dove through COTA’s 20 turns. While Chastain showed the way for much of the race in his No. 1 Camaro, he found himself under fire from Allmendinger’s No. 16 and Bowman’s No. 48. 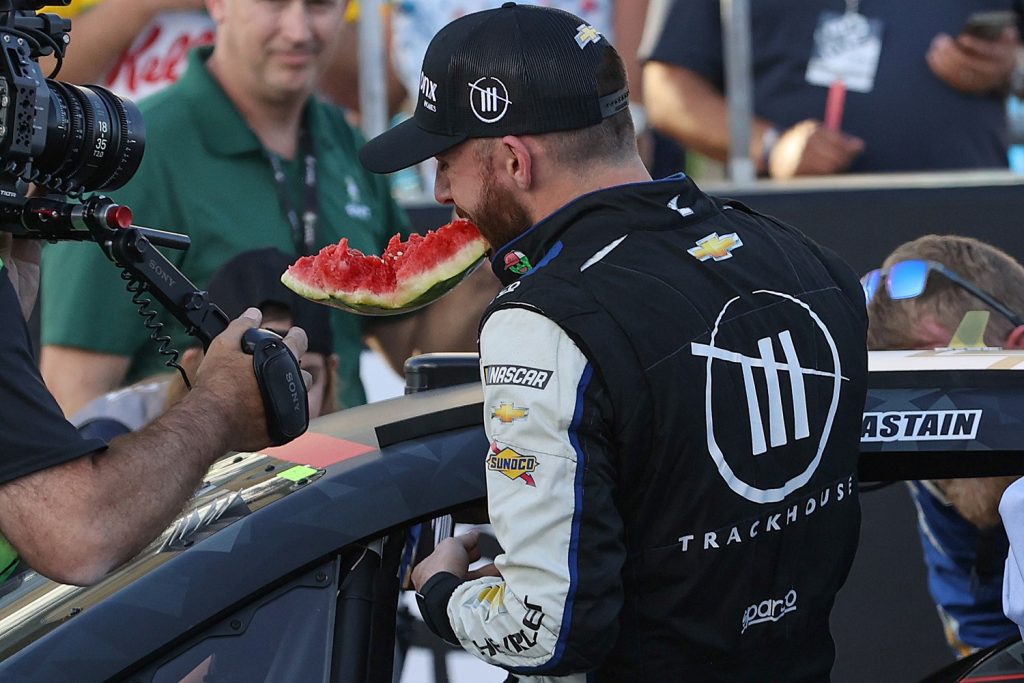 Allmendinger passed Chastain, but the two made contact as Bowman charged into first. The No. 16 Camaro of Allmendinger shot to the right, collecting Bowman’s No. 48 machine and forcing both Chevys into the sand trap. Chastain easily made the pass and brought the No. 1 Camaro to victory lane, scoring not only his first Cup Series win, but nabbing the first-ever checkered flag for his team, Trackhouse Racing.

“It’s insane to go up against some of the best and I know he’s [Allmendinger] going to be upset with me, but we race hard, both of us,” said Chastain. “But when it comes to this Cup win, I can’t let that go down without a fight.” 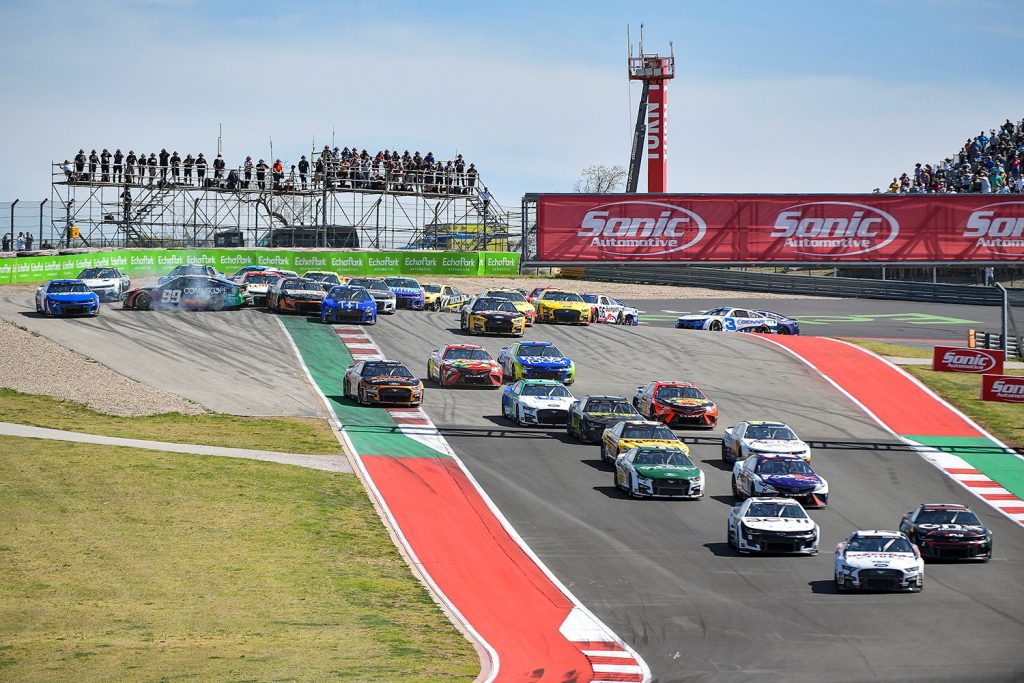 Bowman managed to finish second in the No. 48 Camaro, followed by Christopher Bell in the No. 20 Toyota TRD Camry in third. 2021 COTA winner Chase Elliott, driver of the No. 9 Camaro, held down fourth, while Tyler Reddick in the No. 8 Camaro rounded out the top five. Polesitter Ryan Blaney finished sixth in the No. 12 Ford Mustang.

Allmendinger’s No. 16 Camaro was scored 33rd after the last-lap incident.