After a notable nine-month hiatus without communicating any news about the model, General Motors has just announced that the next-generation Chevy Montana will arrive in Brazil and other South American countries in 2023. The automaker stated that development of the compact-sized pickup is advancing “at an accelerated pace” and its launch date is getting closer.

GM’s top executive in South America announced the arrival of the next-generation Chevy Montana next year in Brazil and the rest of the region’s markets, without giving a more specific timeline. In addition, he also took the opportunity to reveal some details of what will be Chevrolet’s first unibody compact pickup, reaffirming that it will debut an unprecedented concept for the brand.

“New Montana will surprise the market with several innovations, starting with intelligent design,” said President GM South America, Santiago Chamorro, in a statement. “The cabin makes better use of the interior space to offer more comfort to occupants while the bed will debut technologies that provide even greater versatility,” he added.

Chamorro was recently inspecting renovations at the GM São Caetano do Sul plant tasked with building the next-generation Chevy Montana, which will completely redefine the nameplate with a larger body size and compete in a higher segment. The plant began assembling the first preproduction units of the Montana to complete the validation testing process in Brazilian territory.

In fact, the company showed off a second teaser image of the next-gen Chevy Montana showing a partial view of the vehicle’s grille with the year 2023 on it, and announced that it will host a web series to publicly share the final stages of the product’s development. The new web series will be available on General Motors South America’s LinkedIn page. 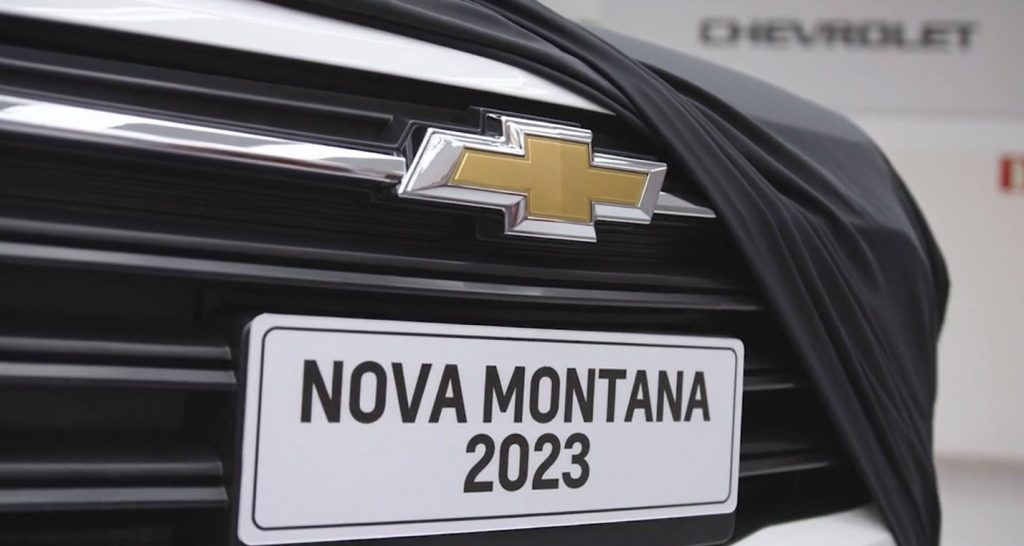 As such, GM officially confirms the report that GM Authority published earlier this month on the possible delay in the launch of the next-generation Chevy Montana, which was initially scheduled to go on sale in the middle of this year. Now, the third-generation Chevy Montana is expected to arrive in Brazil in the first quarter of 2023.