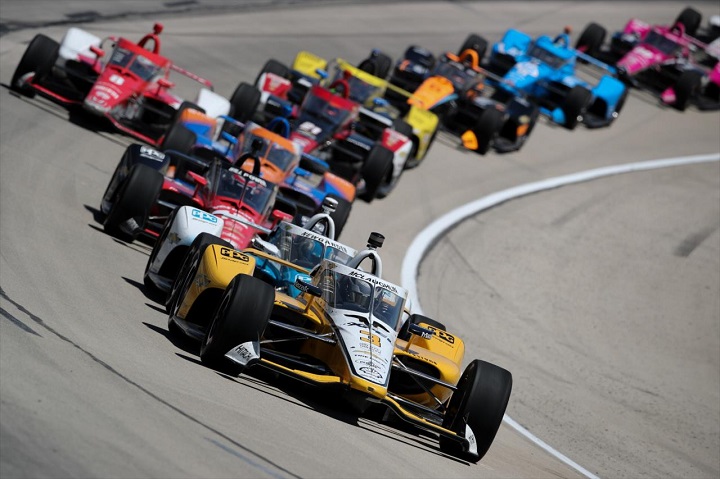 Newgarden started the race from seventh and remained in the top ten for much of the day, biding his time as teammate and winner of the season-opening St. Petersburg Grand Prix, Scott McLaughlin, led the trio of Team Penske cars after starting second behind polesitter Felix Rosenqvist.

McLaughlin inherited the lead for the final time on lap 206 after a series of green flag pit stops and began to extend his lead over the course of the next 20 laps or so. As Newgarden closed up to McLaughlin with 25 laps remaining, the Kiwi dug deeper and found a bit more pace, growing his lead to nearly a second with just five laps left. McLaughlin then came upon the slower cars of rookies Callum Illott and David Malukas, though, holding him up and allowing Newgarden to set up a pass as the pair exited Turn 4 on the final lap. Newgarden pulled ahead of his teammate as they raced down the backstretch, pipping his teammate to the line by just three-tenths of a second.

“Unbelievable,” Newgarden said of the victory after climbing out of his No. 3 Chevrolet. “I think Scott led 95 percent of the laps. I hate doing that to a teammate, but I was going for it, just like he was.” While McLaughlin rued the result post-race, the Kiwi still had plenty to celebrate as he extended his championship points tally to 97 after winning the season-opener at St. Pete.

“Second is a great day, but unfortunately, we made a little lapse and at the end of the day lost,” McLaughlin, who is in his sophomore year as an IndyCar driver after moving from the Australian Supercars Series, told IndyCar.com. “If you’re going to lose to anyone, your teammate is the guy you want to lose it to. Gutted I couldn’t get it done for XPEL and Chevy. But at the end of the day, we’re there, and I learned a lot in the race that going to help us going in May to the Speedway.” 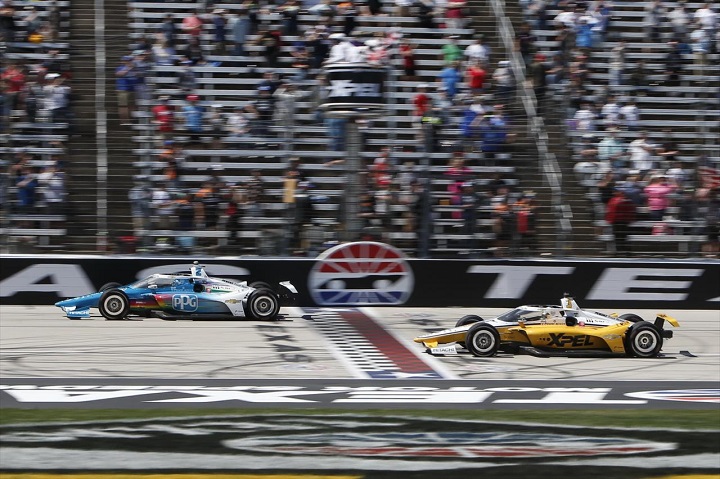 IndyCar heads to Long Beach next for the Acura Grand Prix of Long Beach on April 10th, 2022. Check out the video embedded below for a complete recap from Texas.