With a 7.0L LS7 V8 engine producing 505 horsepower, a Tremec six-speed manual transmission and standard carbon-ceramic brakes, the fifth-generation Chevy Camaro Z/28 is one of the most impressive and capable GM enthusiasts cars of the modern era. 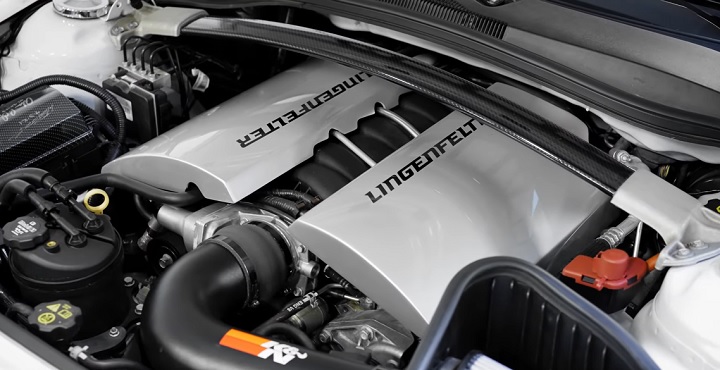 It’s hard to improve on a capable, well-rounded package like the Chevy Camaro Z/28, but if there’s any tuning shop that can make this record-setting sports coupe even more impressive, it’s Lingenfelter Performance Engineering (LPE). The Michigan-based company recently released a video touting its new 660 horsepower upgrade package for the Camaro Z/28 which, unlike many similar LS tuning packages from rival shops, significantly boosts the output of the stock LS7 V8 without relying on forced induction.

This tuning program will boost the output of the LS7 V8 from 505 horsepower and 481 pound-feet of torque to roughly 660 horsepower and 585 pound-feet. Lingenfelter says this job takes about 4-6 weeks to perform from start to finish. While this is an impressively powerful tuning package, especially for being naturally aspirated, it also raises tailpipe emissions and is thus not legal in the state of California. Don’t worry Californian Chevy fans, we won’t tell.

Check out the video embedded below to see how Lingenfelter assembles its tuned LS7 V8 engines for the 660 horsepower Camaro Z/28 package. The video also includes some clips of the engine running on the engine dyno in Lingenfelter’s shop. Customers interested in upgrading their fifth-gen Camaro Z/28 can check out Lingenfelter’s webshop for more info.