Just last week, GM Authority was the first to report that General Motors was set to drop the Buick Encore after the 2022 model year, per GM Authority sources. Although Buick never officially confirmed as much, Buick spokespeople have since indicated that the brand will continue to offer four distinct SUV models. Which begs the question – what’s the fourth Buick crossover?

As it stands, Buick currently offers the Encore, the Encore GX, the Envision, and the Enclave. However, with the departure of the non-GX Encore following the 2022 model year, a spot opens up in the lineup. To fill that gap, Buick will offer the three-row variant of the Buick Envision, which is expected to debut in North America within the next year.

As for the naming, the new three-row variant Buick Envision may be called the Envision GX. Another possibility is that it will adopt the Envision Plus nameplate, as it’s known in the Chinese market. Alternatively, the model may adopt a new name entirely. Either way, the model will fill the space between the compact Envision and the full-size Enclave with regard to the Buick crossover lineup. 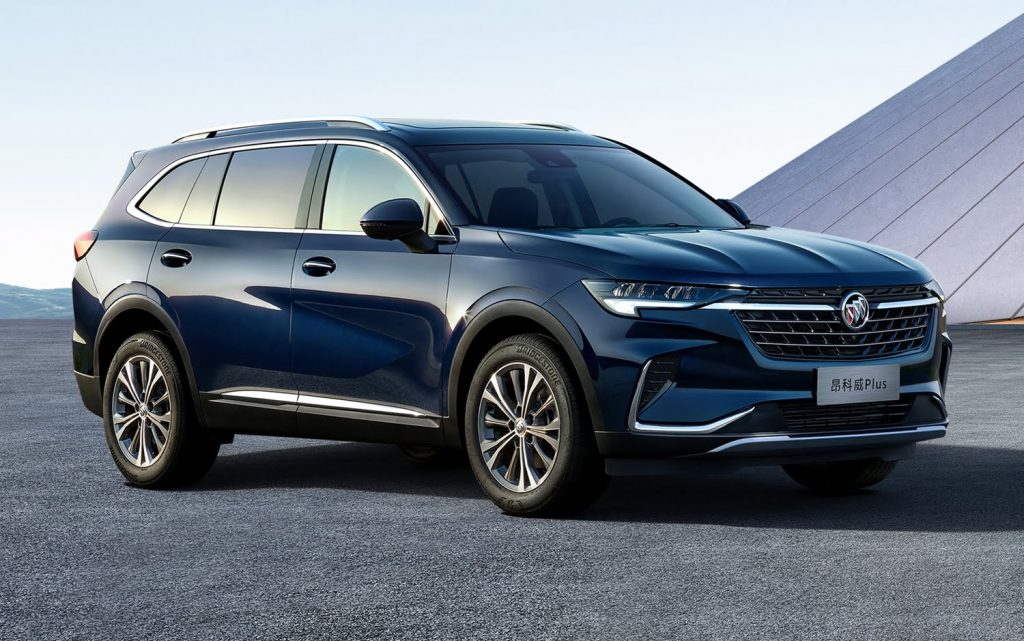 At this point, it’s also worth mentioning that this new fourth Buick crossover will not be the fully electric Buick crossover set to debut this summer. As GM Authority covered last month, GM previously teased a new Buick EV model with a single close-cropped image showing what we presume to be a front lighting signature, including a checkmark design and inscribed Buick script on the housing.

Although the teaser did not include any specific name for the new Buick EV, there are a few possibilities, such as Buick Electra or the Buick Velite, per recent GM trademark filings uncovered by GM Authority. 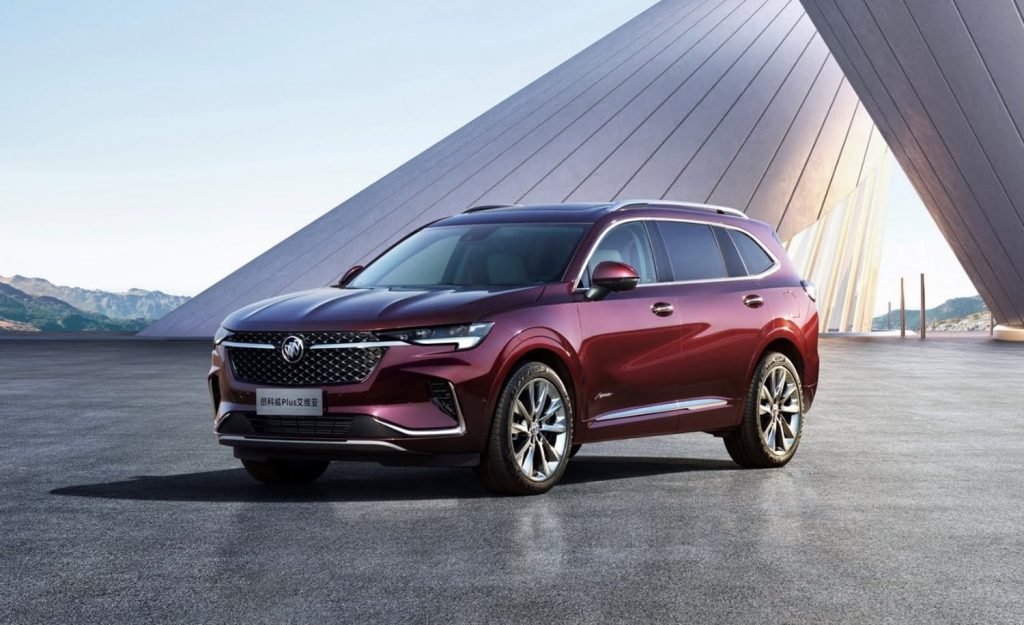 As for the fourth Buick crossover model, we can look to the new Envision Plus sold in China for an indication of what to expect with regard to sizing. Highlights include styling similar to the standard Envision, plus an extended length that’s 8.2 inches longer for the Plus model. The Plus model is also 2.1 inches longer with regard to the wheelbase.

Stay tuned as we dig deeper into the upcoming Buick crossover lineup, and make sure to subscribe to GM Authority for more Buick news and around-the-clock GM news coverage.