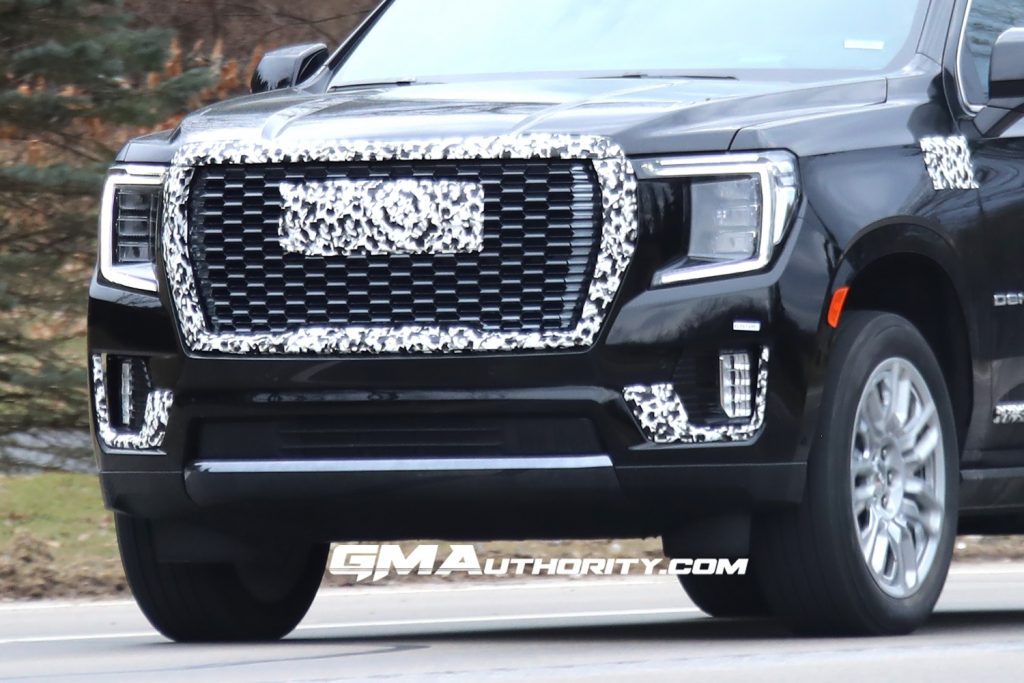 Similar to the Denali Ultimate trim level introduced with the refreshed 2022 GMC Sierra 1500, the GMC Yukon Denali Ultimate will replace several chrome exterior elements of the SUV with a sleek dark gray color dubbed Vader Chrome. Up front, some of the chrome elements set for replacement with the darker color include the front grille, GMC logo, and the fog light surrounds, while in the sides, the front fender badging and Mt. Denali topography graphic, plus lower door trim will also get the new coloring as well. The window trim (also known as DLO, or daylight openings) stays chrome. In back, the rear logo, lift gate applique, and lower bumper trim will all be Vader Chrome. 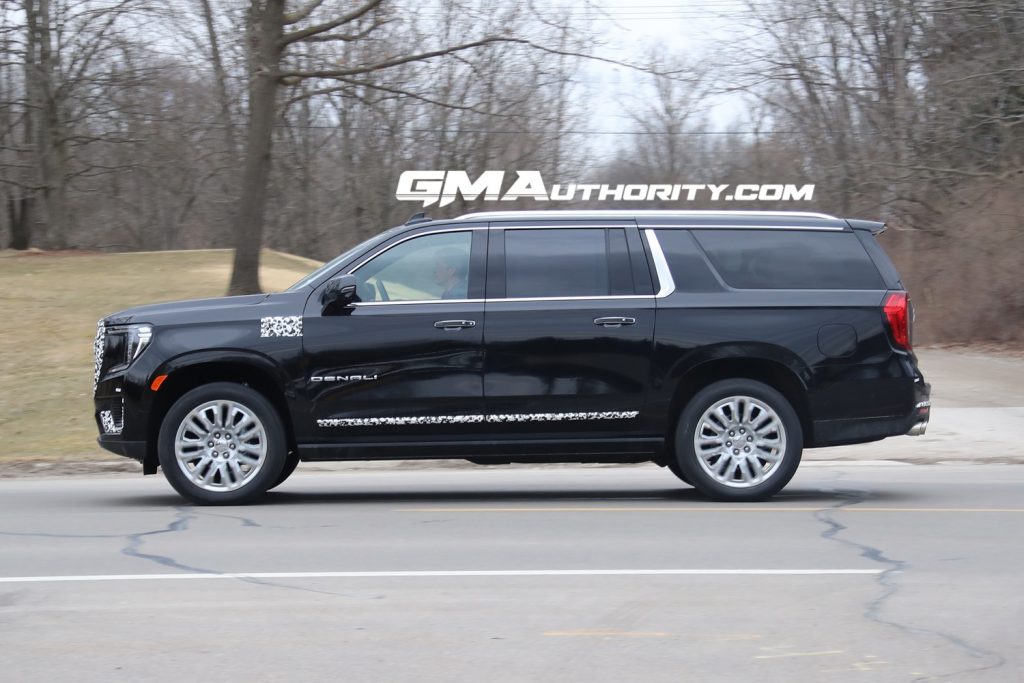 In the profile, we see this GMC Yukon Denali Ultimate prototype running placeholder wheels, with the production version expected to run new wheels similar to the GMC Sierra 1500 Denali Ultimate, complete with a black / silver finish. Meanwhile features like power-retractable assist steps with perimeter lighting and a panoramic sunroof are included with the trim. Also included will be several packages typically offered as optional with the “standard” Denali. 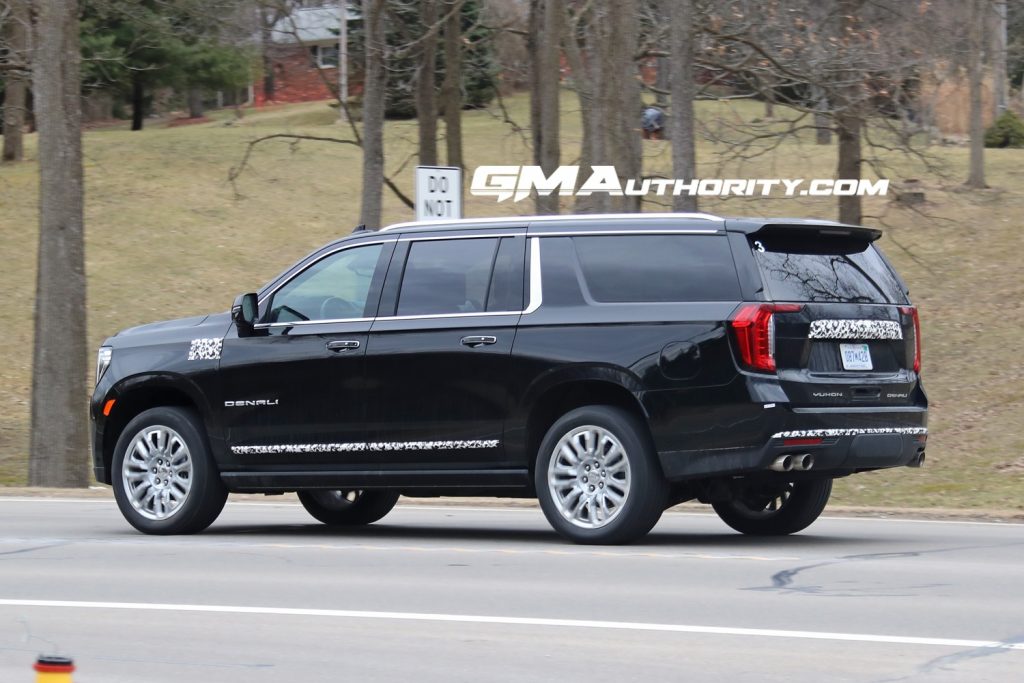 To note, this GMC Yukon Denali Ultimate prototype does not include a styling facelift, which indicates that it will launch for either the 2022i (2022 interim) model year or 2023 model year.

For now, the Denali Ultimate Package is offered as a package for the Yukon Denali trim level, tagged with RPO code PEC and priced at $9,380 (although the package is currently unavailable). The package includes includes the Advanced Technology Package, the Rear Seat Media System, a panoramic power sunroof, and power-retractable assist steps with perimeter lighting in the sides, as well as the Max Trailering Package and 22-inch bright machined aluminum wheels with premium paint and wheel locks. That said, the Denali Ultimate Package does not include the GMC Yukon Denali Ultimate trim level’s Vader Chrome elements, or the additional interior features outlined above. 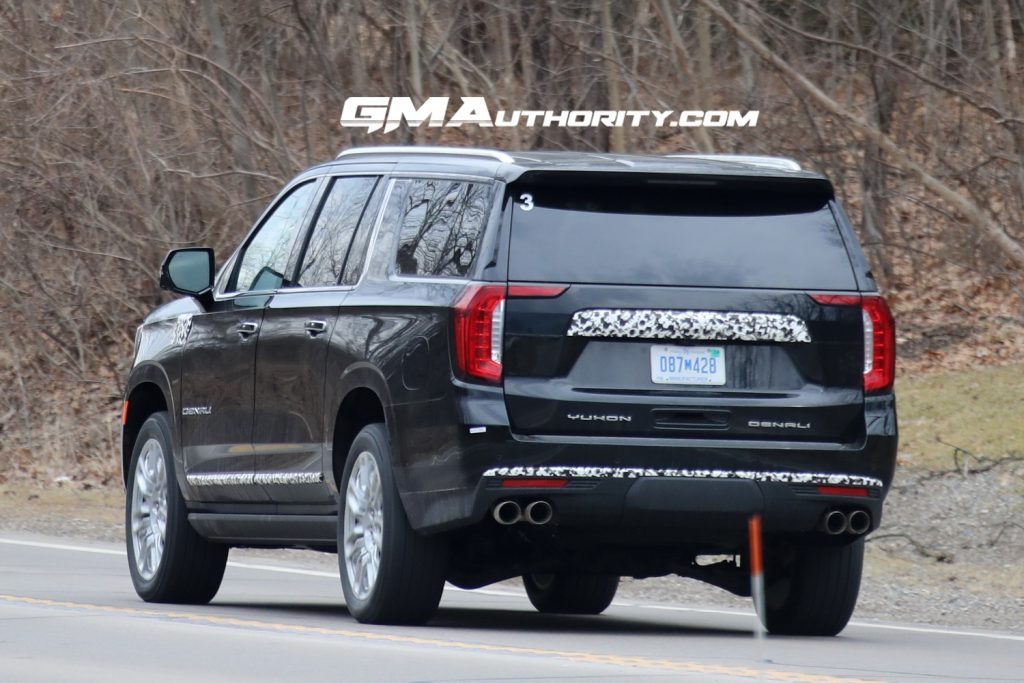