General Motors has just announced that it will suspend production at the Ramos Arizpe plant in Mexico for about six weeks as it begins work to adapt the complex for future electric vehicle manufacturing. As such, the Mexican factory will temporarily suspend its activities to receive new machinery and state-of-the-art robots, beginning the long-awaited conversion of the plant as the company’s new EV center.

The automaker’s Mexican subsidiary informed the local media that the Ramos Arizpe plant will initiate a technical stoppage from this Saturday, March 26th, until mid-May. During this period, which will include the usual stoppage of activities for collective vacations, the Ramos Arizpe plant will receive the necessary equipment to start manufacturing electric vehicles in 2023.

“General Motors announces that the GM Ramos Arizpe assembly plant will carry out a technical stoppage from March 26 until the second week of May, and it is estimated to operate normally in the week of May 16,” said GM Mexico in an official statement. “Production adjustments at the plant are due to the installation of machinery for future projects,” the company added. 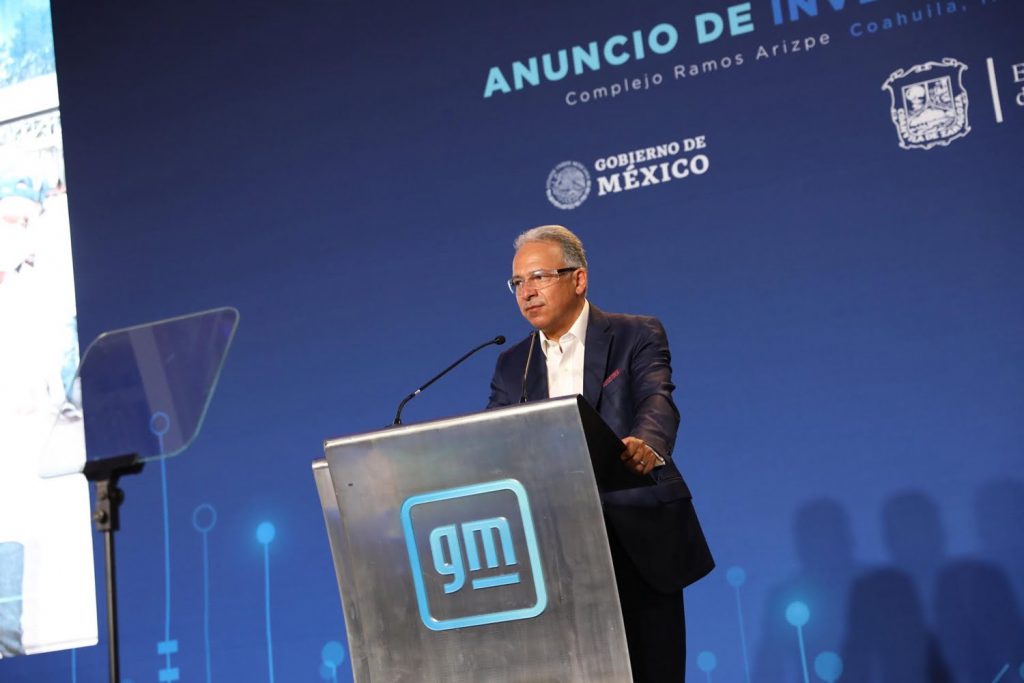 This Ramos Arizpe plant update is part of the more than $1 billion investment for the complex that GM announced in April 2021, transforming it into the company’s fifth manufacturing site capable of producing electric vehicles from 2023. The Mexican complex will join the GM Lake Orion plant and GM Factory Zero facility in Michigan, the GM Spring Hill plant in Tennessee and the GM CAMI plant in Canada.

In addition to installing state-of-the-art machinery to manufacture upcoming electric vehicles, GM Mexico said it will take advantage of this long idle period at the Ramos Arizpe plant to train workers in certain key manufacturing areas and maintain existing equipment. The plant currently builds the Chevy Blazer and Chevy Equinox crossovers, as well as engines and transmissions.

The work beginning this month at Ramos Arizpe will serve to expand the production lines of the assembly plant and increase the global propulsion systems plant’s capacity, so the facility will be completely inoperative until mid-May. However, the conversion to manufacture electric vehicles will further enhance its importance as the automaker’s most strategic plant in Mexico.