GM has filed a patent application for an automobile interior sanitization system designed to sanitize surfaces within the automobile interior compartment. The system relates mainly to ride-share vehicles, such as the forthcoming Cruise Origin autonomous robo-taxi.

The new GM patent filing has been assigned application number US 2021/0402936 A1, and was filed with the United States Patent and Trademark Office (USPTO). The filing was first made on June 25th, 2020, and was recently published on December 30th, 2021. The patent is officially titled “Automobile Interior Sanitization” and lists Brooks S. Mann and Margarita M. Mann, both of Royal Oak, Michigan, as well as Holly C. Schwarzwalder and Nicholas R. Estes, both of Hazel Park, Michigan, as the inventors. 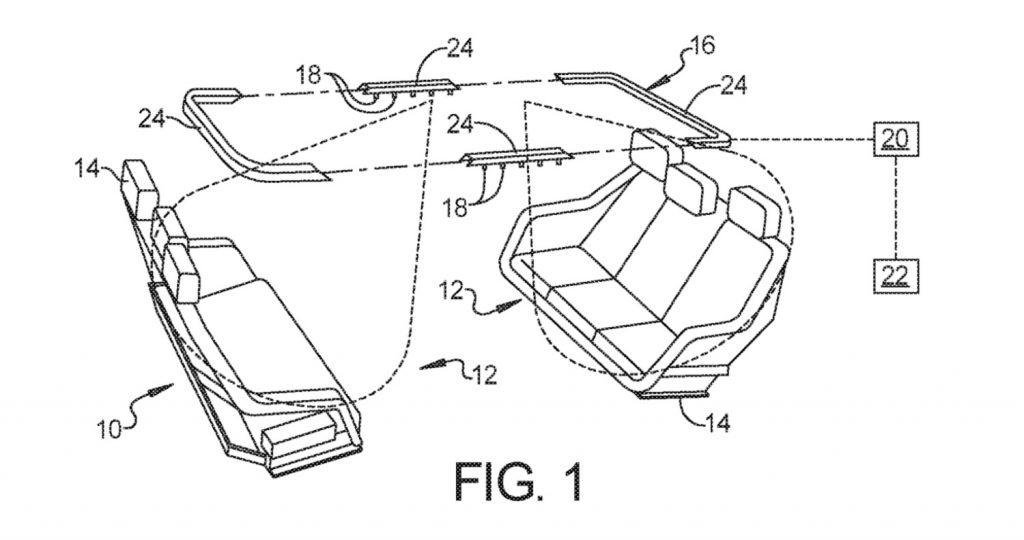 The patent filing includes an image of two opposing bench seats, which appears to be the same cabin arrangement found in the up-and-coming Cruise Origin autonomous ride-sharing vehicle. Unveiled in January of 2020, the Cruise Origin is fully electric, and does not provide any accommodations for a human pilot. Rather, interior space is maximized for passengers, while two screens are placed in the roof to provide onboard passengers with important information pertaining to their trip.

Back in March of 2020, GM Authority posed a hypothetical wherein autonomous vehicles could be used to help curb the spread of infectious diseases. The ultraviolet sanitization system patented here could help to strengthen that use case.