General Motors is making major moves in the all-electric vehicle segment, with plans to launch 30 new EV models globally by the 2025 calendar year. At the top end of the EV segment, General Motors will have the Tesla Model S Plaid to contend with, and now, GM Authority has photographic evidence that GM is currently benchmarking Tesla’s top-spec sedan. 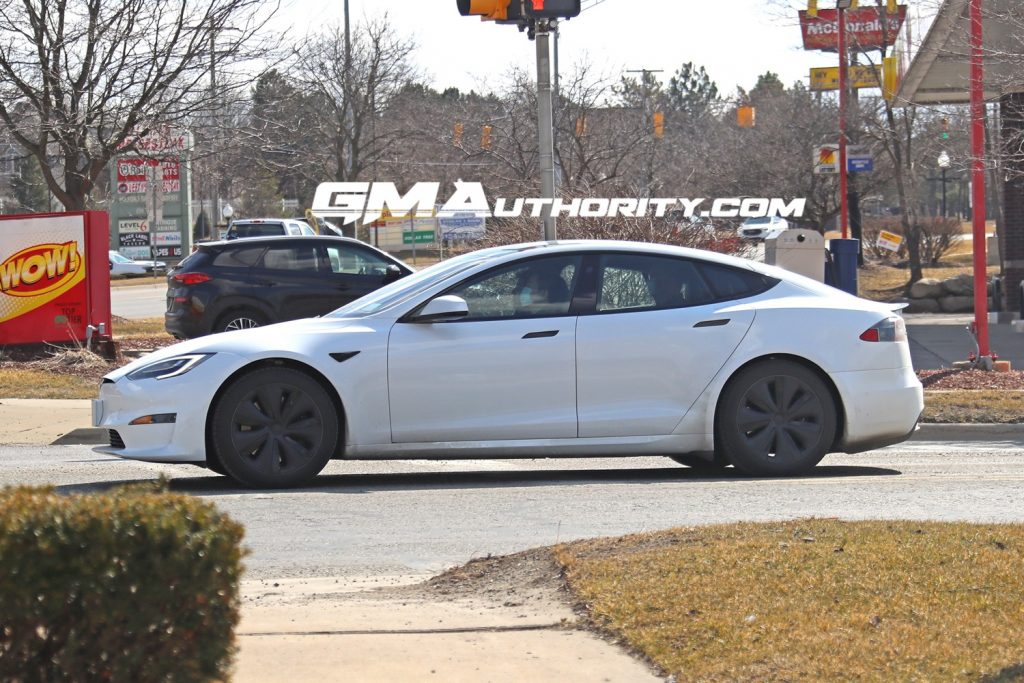 Sitting at the top of the Tesla Model S sedan lineup, the Tesla Models S Plaid packs a punch with some truly incredible battery-powered performance. Making it move is a tri-motor setup with all-wheel drive that’s good for 1,020 horsepower right out of the box. Properly applied, it’s enough muscle to slingshot the four-door to 60 mph in just under 2 seconds (with the vehicle rollout subtracted). What’s more, the Tesla Model S Plaid can clear the quarter mile in 9.23 seconds at 155 mph, and hit a top speed of 200 mph.

Beyond the performance specs, the top-dog Tesla can also range out at 396 miles per charge, and has a combined city/highway fuel economy equivalent rating of 116 MPGe. 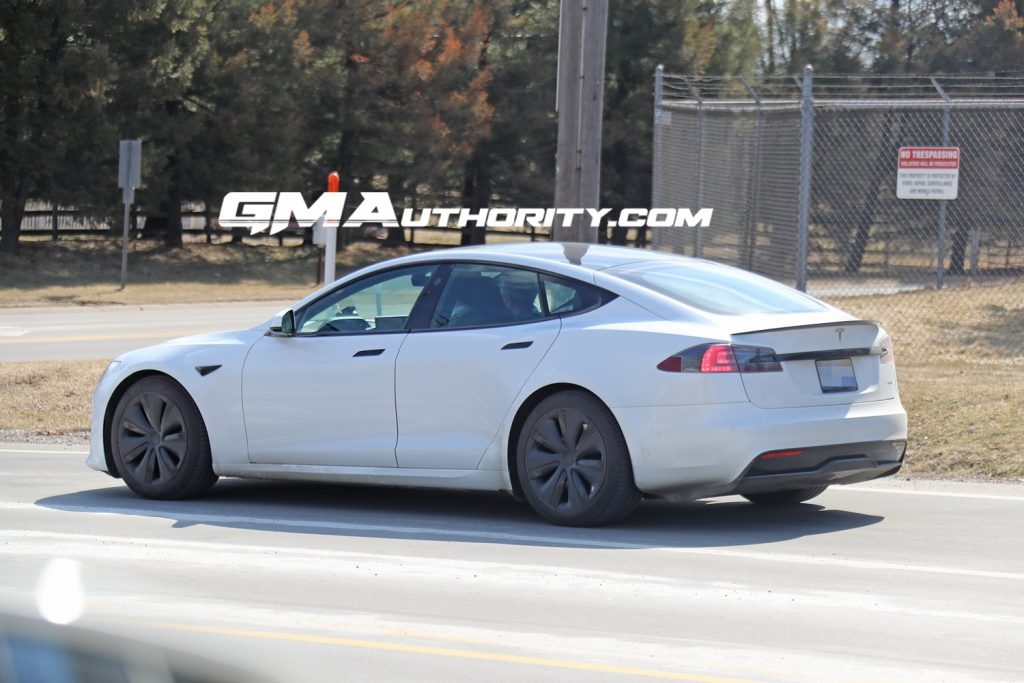 Inside the cabin, the Tesla Model S Plaid is equipped with a funky square-shaped steering “yoke,” while available Autopilot system includes features like automatic lane change, autopark, summon, and more, all of which GM will rival with its GM Ultra Cruise system. Infotainment features are controlled via a 17-inch central touchscreen display. Pricing starts at $135,990.

To rival the Tesla Model S Plaid, General Motors will likely develop some competition with a new Cadillac product. This upcoming Caddy will likely be one of the luxury marque’s new “low-roof entries,” which is one of several new Cadillac EV models outlined late in 2020. The other Cadillac EVs include an electrified variant of the popular Cadillac Escalade SUV, two new electrified crossovers, and the new Cadillac Celestiq halo sedan.