Police vehicles don’t always lead the easiest life, so it’s nice to see a former cop car bring the heat with a selection of fresh upgrades and mods. As it just so happens, that’s exactly what we get with the following video, which features a supercharged, 600-horsepower 2012 Chevy Caprice PPV laying down some serious rubber. 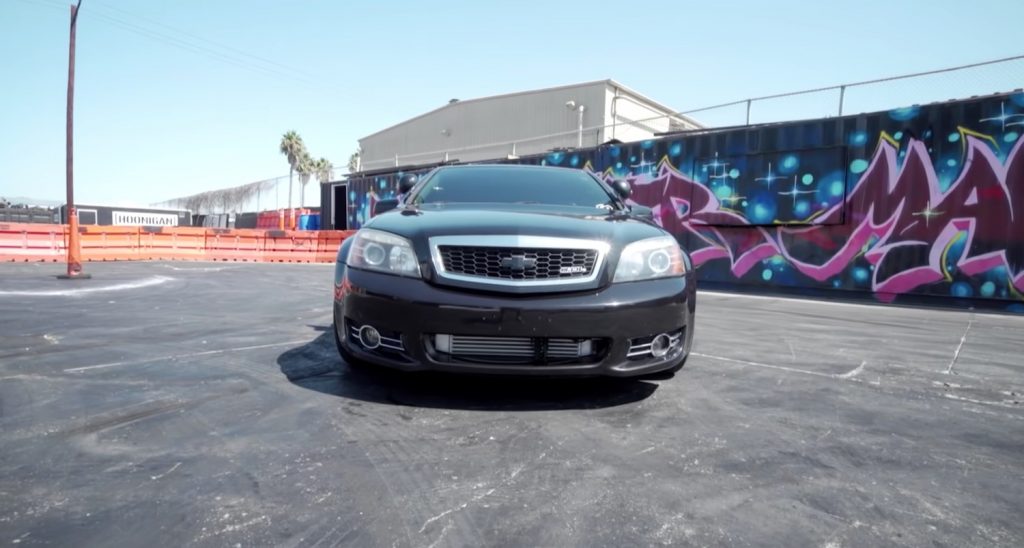 Coming to us from the folks at Hoonigan, this video clocks in at just over 10 minutes, and gives us a quick rundown on the build, finishing it off with the traditional burnout and donuts.

The current owner purchased this 2012 Chevy Caprice PPV at a police auction, and apparently, it previously served as a patrol vehicle for Los Angeles airport police. As such, the faint outline of the PPV decals are still visible on the body panels. 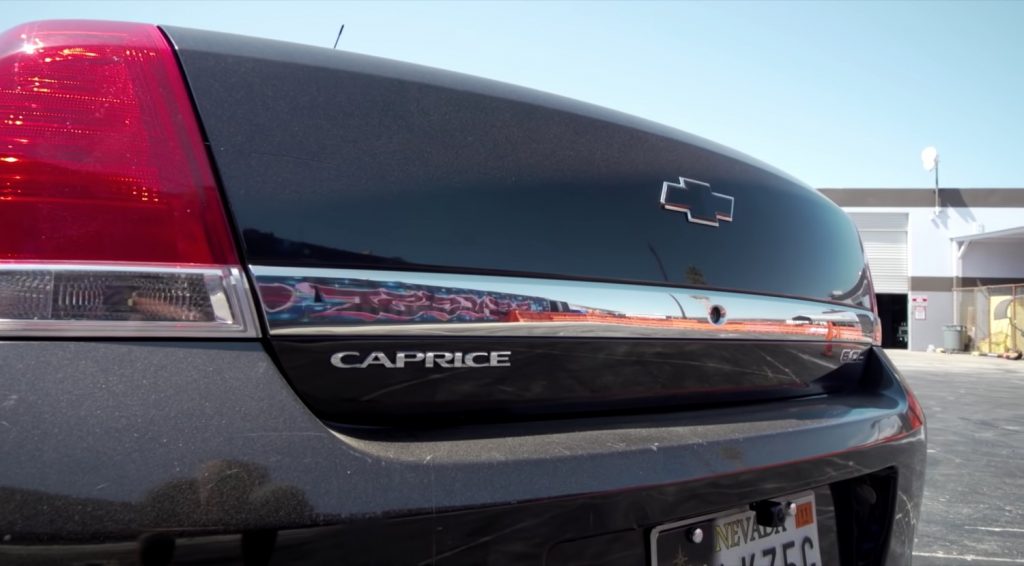 At a glance, this Chevy Caprice looks rather understated for what it is, with simple black paint, chrome trim, and steel wheels. The owner even kept the exterior-mounted spotlight, while adding Cadillac SRX fog lights in front and Chinese Buick Park Avenue indicators in the flanks. 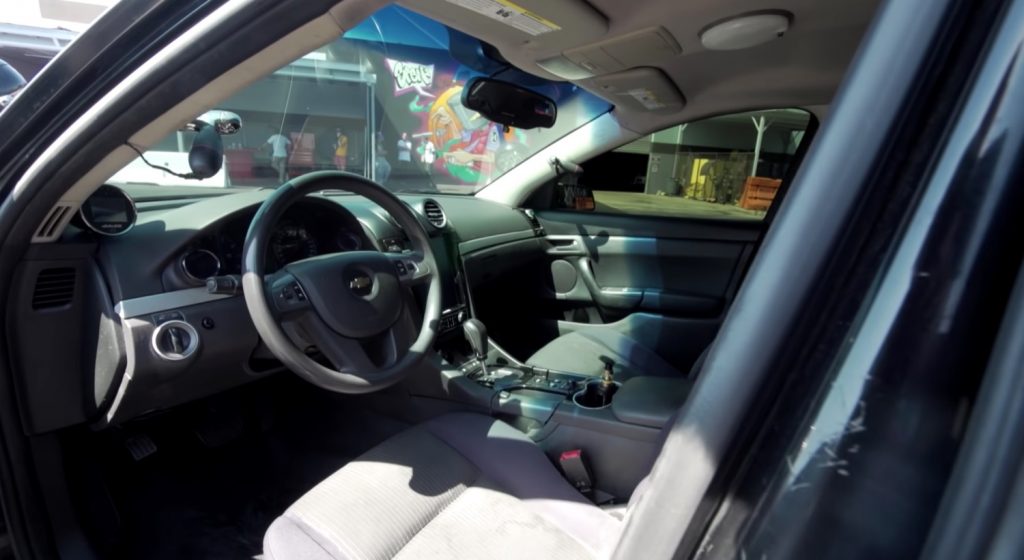 The interior is equally understated with simple grey upholstery. No roll bar or harnesses here, although there are screens in the front-seat headrests to keep perps, er, passengers entertained. There’s also a subwoofer in the trunk, improving the stereo sound quality and rear-wheel traction to boot. 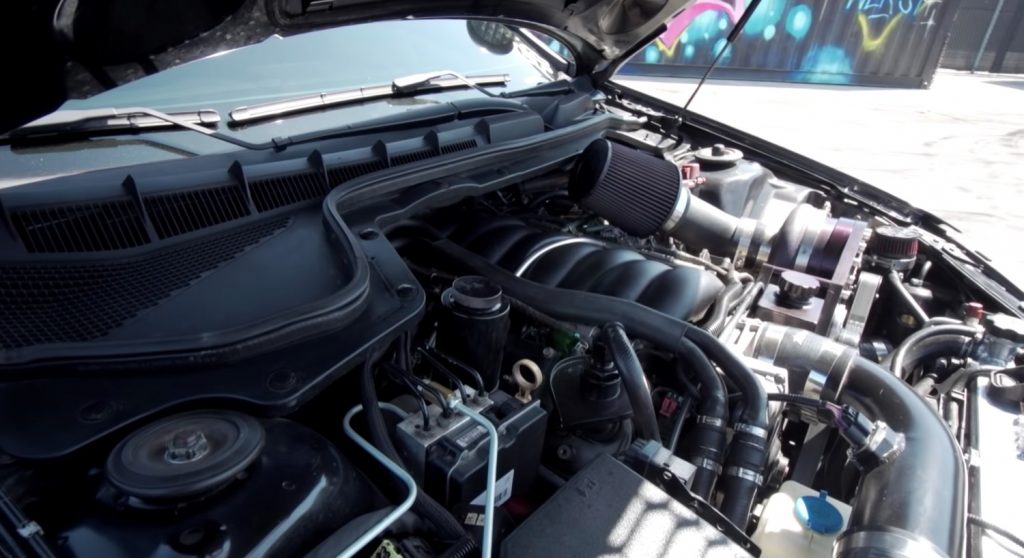 The real party, however, can be found under the hood, where this Chevy Caprice now cradles a supercharged V8. Providing the extra muscle is a TorqStorm supercharger making 8 psi of boost, complemented by a custom cam, 1,000cc injectors, and Walbro 525 fuel pump running ethanol. The owner says he’s never put his Chevy Caprice on a dyno, but estimates output at around 600 horsepower. 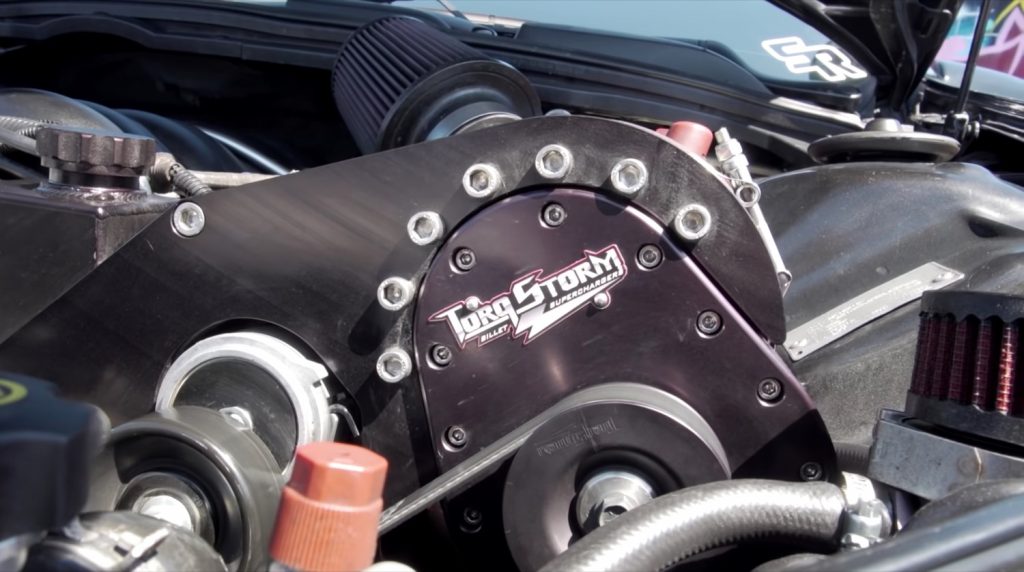 Produced at the GM Holden plant in Australia, this Chevy Caprice is based on the same platform as the Pontiac G8 and Chevy SS. All told, it’s something of a hodgepodge of GM parts that works quite well, as seen by the smokey burnouts and donuts it can pull off: