General Motors may be set to introduce a carbon fiber rear cross brace for the C8 Corvette Stingray through the Chevrolet Accessories catalog.

GM Authority spotted this impressive carbon fiber rear cross brace affixed to a Corvette Stingray at the 2021 SEMA Show in Las Vegas. The X-shaped brace appears to be made of gloss-coated carbon fiber and features a chrome Jake skull emblem in the middle. It also appears to utilize the same bolts as the factory metal bracing in the vehicle’s engine bay. 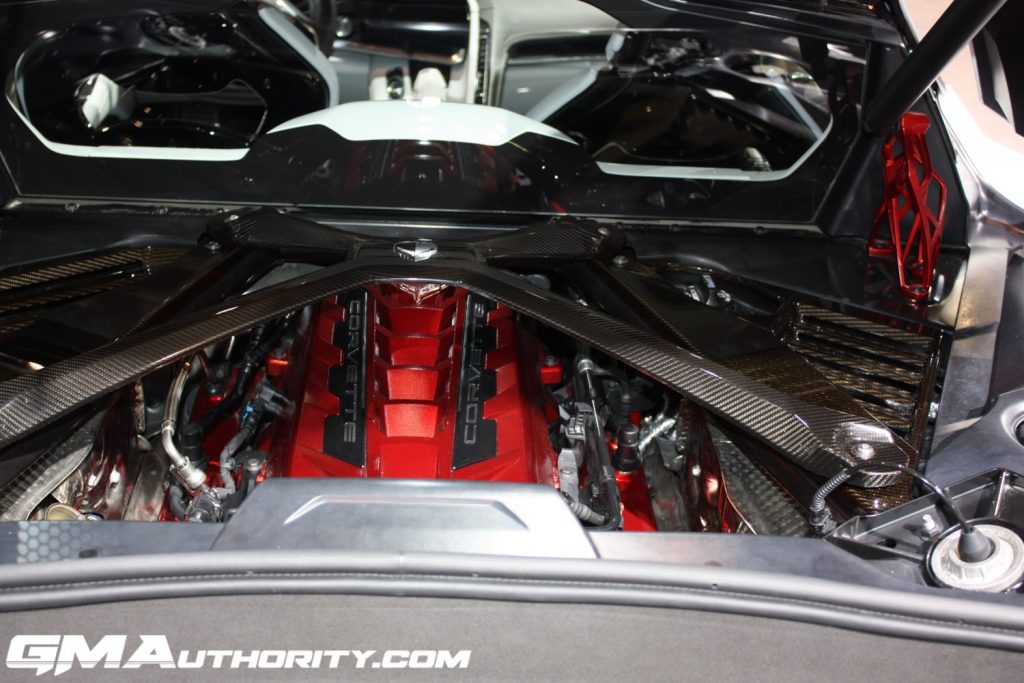 We had never seen this rather factory-looking part installed on a C8 Corvette before we spotted it at the SEMA Show, so we decided to reach out to General Motors for some clarification. A Chevy spokesperson told us the piece is a concept performance part that is currently being evaluated for production in the future. If green-lit for production, this would be an official Chevrolet Accessories product sold through the automaker’s own parts catalog. 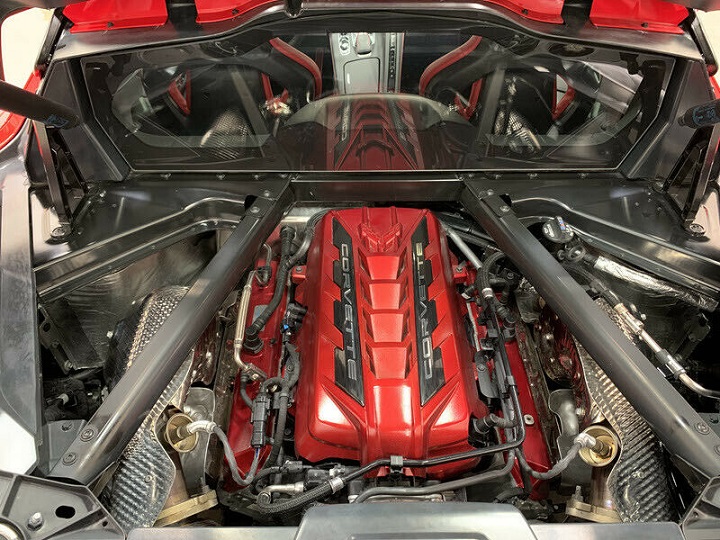 Carbon fiber is extremely stiff whilst also being much lighter than comparatively robust metals. This brace may therefore offer additional chassis rigidity over the factory metal bracing whilst shedding some pounds. It also looks great, giving the mid-engine sports car’s engine bay a more upscale and motorsports-inspired appearance when the engine cover is lifted. As some Chevy fans may already know, GM currently offers Edge Red and Sterling Silver engine covers for the vehicle to give the engine bay a bit more flair. 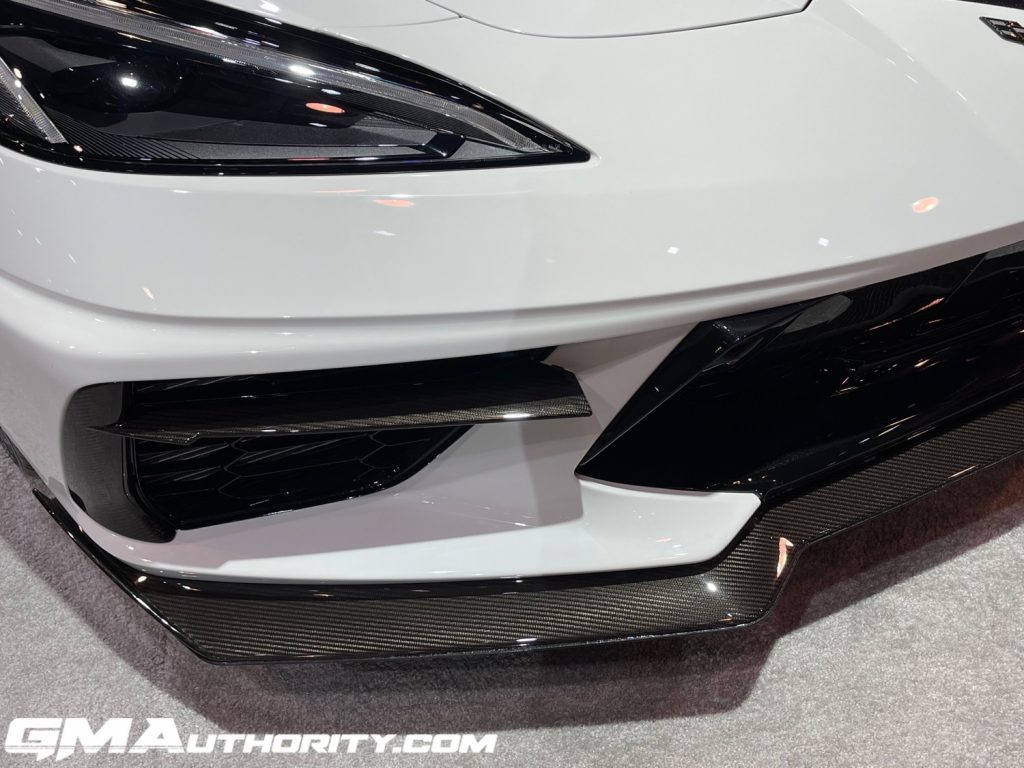 The vehicle we spotted this product on was fitted with a variety of other production and concept accessory parts, including the Stingray R Graphics Package, which includes Corvette Racing Themed Graphics with Jake and Stingray R logos, Visible Carbon Fiber grille inserts, the Visible Carbon Fiber Ground Effects and carbon fiber side mirrors. This was the same vehicle that featured the red metal engine cover strut brace mounts, which are also currently under consideration for production.