A new C8 Chevy Corvette was one of several high-end vehicles seized by CHP in Southern California last week following the conclusion of a two-month long investigation.

In a recent social media post, the California Highway Patrol Southern Division Special Services Vehicle Theft Unit announced that it had concluded an investigation on March 24th, 2022, which led law enforcement to a location in Van Nuys, which is in the San Fernando Valley. At that location, law enforcement uncovered several luxury vehicles fraudulently purchased from local dealers.

A total of 35 vehicles were recovered, which, in addition to a C8 Corvette, also included models by Aston Martin, Bentley, BMW, Jaguar, Land Rover, Lexus, Mercedes-Benz, and Porsche. Estimated value for the vehicle collection is around $2.3 million.

CHP also said that it had seized a firearm and arrested one individual at the scene. Reports indicate that the suspect was arrested on suspicion of being a felon in possession of a firearm. What’s more, a major indoor marijuana grow operation was discovered, incorporating more than 400 individual plants. 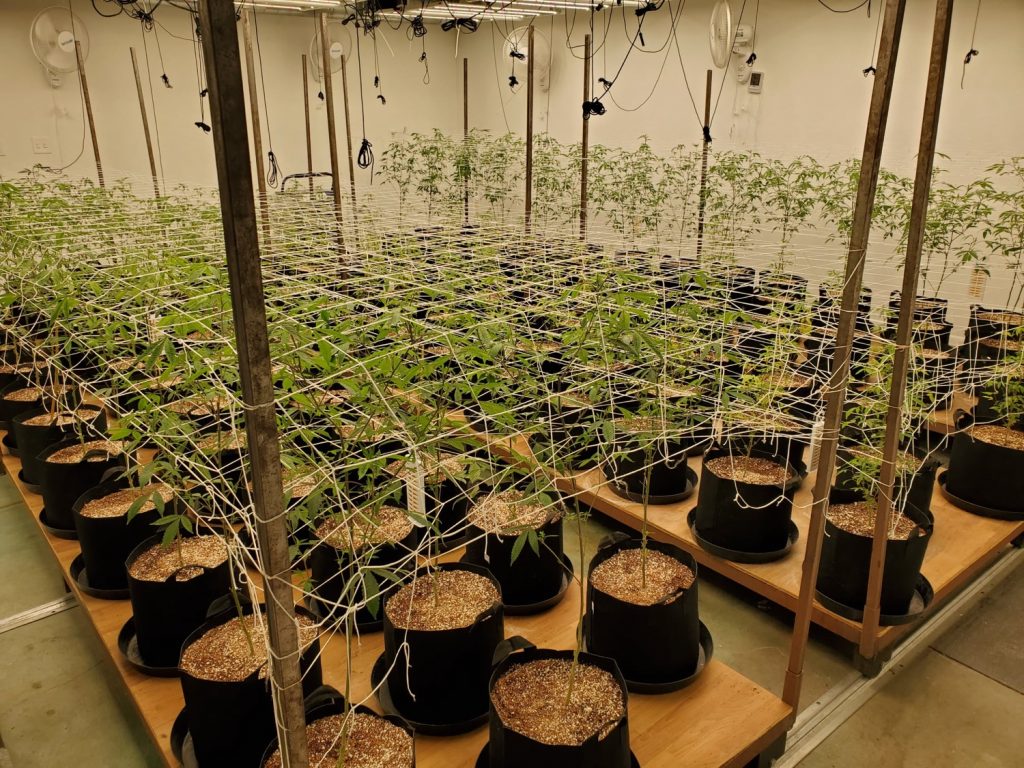 “The CHP Southern Division Vehicle Theft Unit’s primary mission is to investigate, arrest and prosecute criminals responsible for motor vehicle theft,” writes the CHP in a social media post. “Nevertheless, vehicle theft suspects are frequently involved in other criminal behavior, including weapons possession, narcotics trafficking, and other violent crimes that impact the community.”

Photos were published online showing rows of high-end vehicles parked end to end, some of which are obscured by tall grass. It’s possible some of the vehicles seized by law enforcement will end up at auction.

Of course, it should come as no surprise that the C8 Corvette was among the high-end vehicles suspected to have been fraudulently purchased. The new mid-engine Vette is in very high demand at the moment, regularly dominating its segment in terms of sales.