Combining a head-turning yellow-and-silver color scheme with a thumping Big Block V8 under the hood, this 1968 Chevy Camaro Z/28 restomod was built to drive. Now, we’re checking it out in the following feature video. 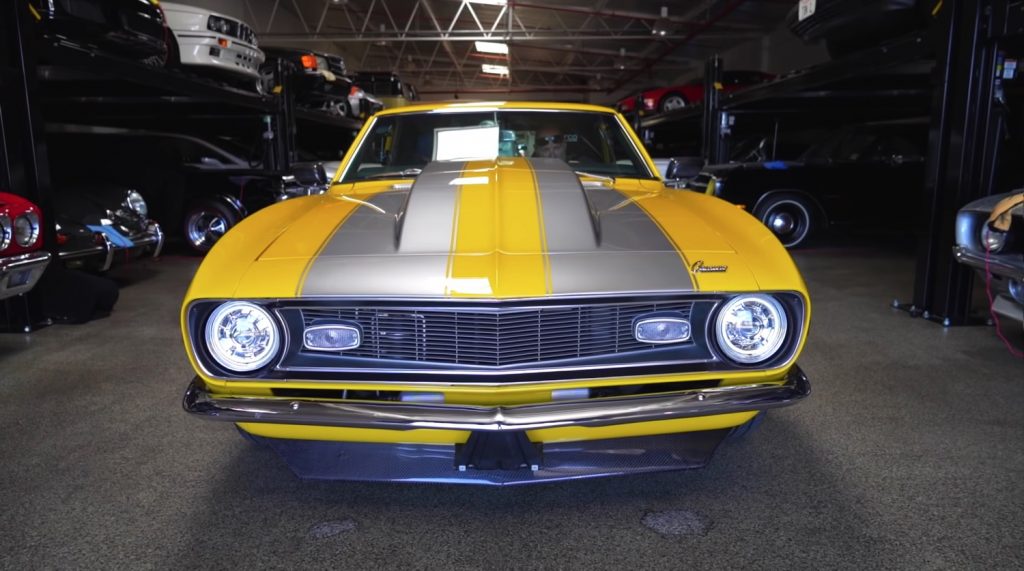 This particular Chevy Camaro started life as a real Z/28, and was upgraded bit by bit over the years. Now, it’s a fun, modernized hot rod to take out on weekends and burn a bit of rubber between the lights.

Outside, this 1968 Chevy Camaro Z/28 is draped in eye-catching yellow paint paired with silver striping. The paint is enhanced with a number of complementary details, such as Dapper lighting with a halo headlight treatment, as well as Eddy Motorsports taillights in the rear. The sides are punctuated by Ringbrothers carbon fiber sideview mirrors and new 18-inch wheels, the latter of which are wrapped in Nitto NT555 tires sized at 245 in front and 275 in the rear. 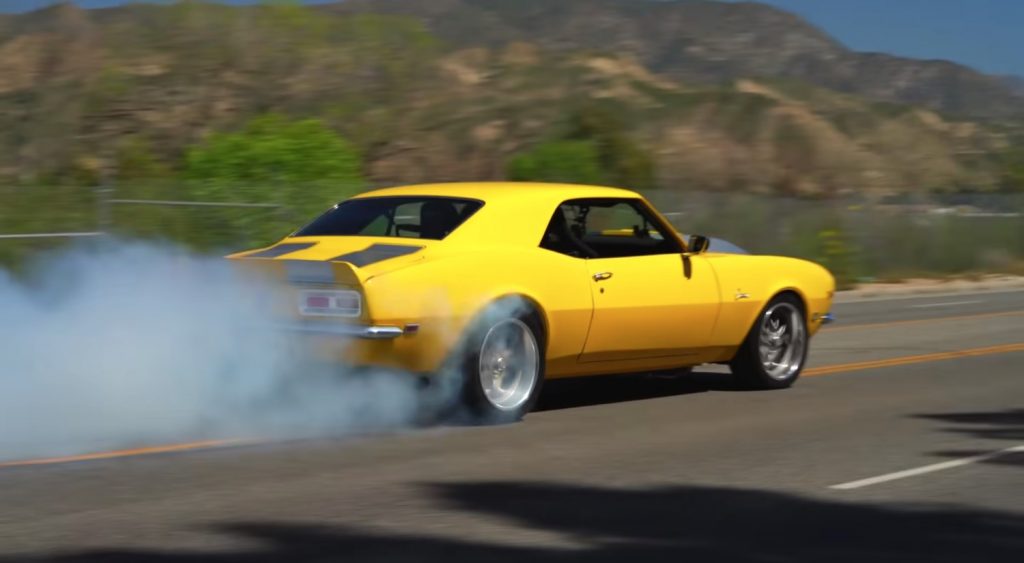 Making the fun noises is a 502 cubic-inch Big Block Ram Jet V8, rated at 502 horsepower right out of the box, but now tuned to produce a bit more. The engine connects to a TH400 three-speed automatic transmission, which feeds a Moser 12-bolt rear end with 4.10 gears. 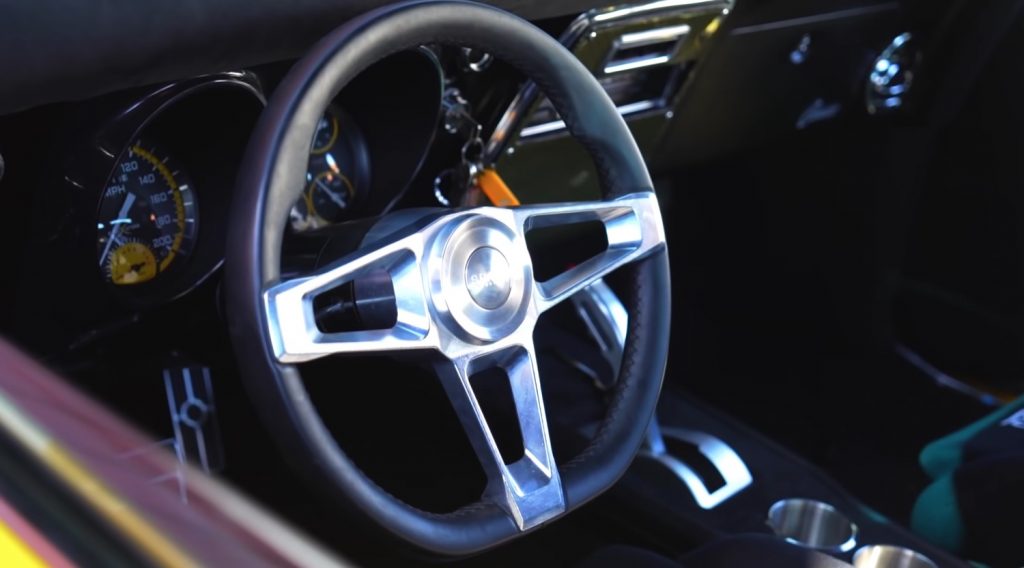 As a street-driven fun machine, the builder also paid a good amount of attention to the cabin, throwing in a set of Sparco bucket seats with matching carbon Kevlar sheets for the door panels. Alcantara upholstery continues the black and yellow theme, while new gauges, specifically the Classic Instruments Autocross series, sit behind the wheel.

Indeed, this Chevy Camaro looks like it’s a lot of fun to drive, and it’s got a decent amount of power on tap as well. Check it out right here: