The all-new fifth-generation GMC Yukon broke cover for the 2021 model year, but General Motors is already prepping a model refresh set to debut with the 2024 model year. Late last month, GM Authority brought you coverage of the refreshed 2024 GMC Yukon testing in prototype form, but now, we have new images of the 2024 GMC Yukon Denali Ultimate. 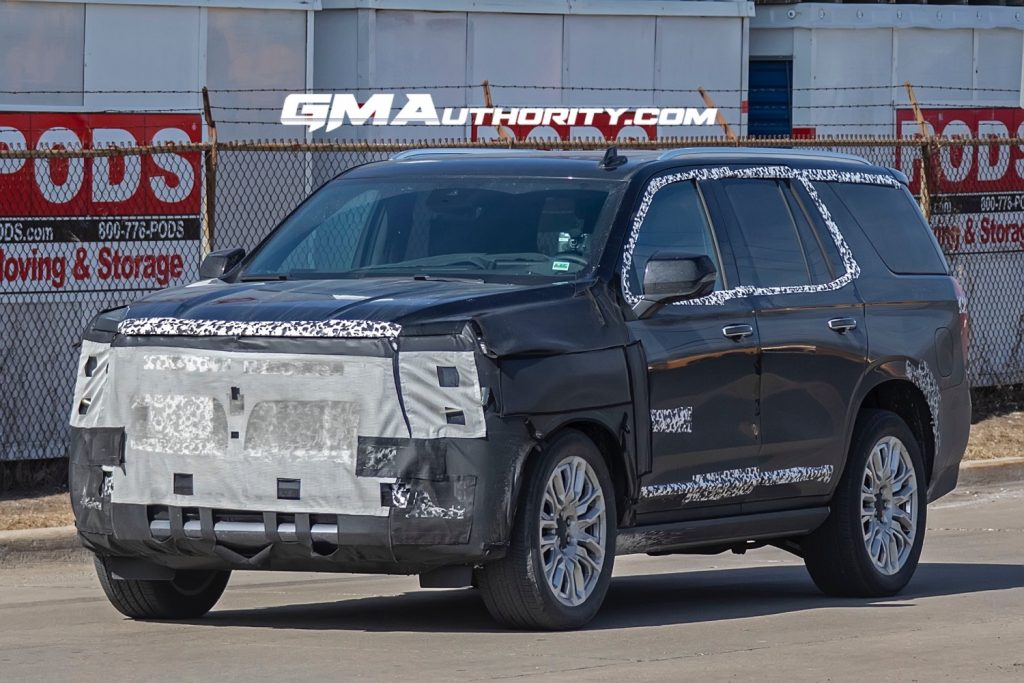 For those readers who may be unaware, the Denali Ultimate trim level was first introduced with the fully refreshed 2022 GMC Sierra 1500, arriving as the new range-topping trim in the GMC Sierra lineup. It now appears as though General Motors is developing a similar range-topping option for the 2024 GMC Yukon refresh as well. 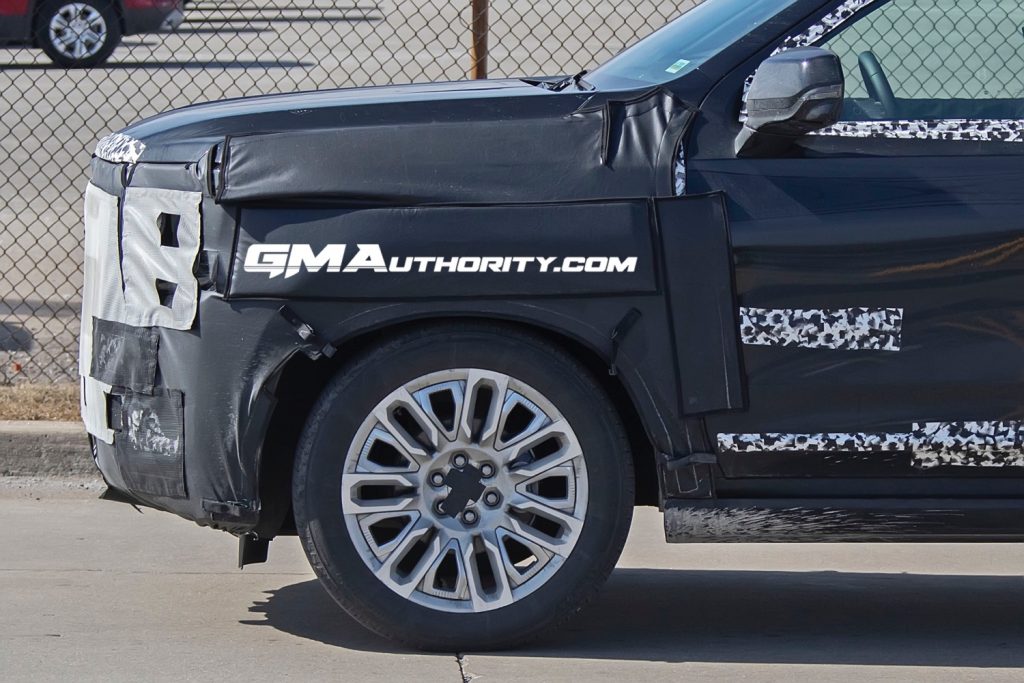 The big giveaway here are the large alloy wheels, which have a multi-spoke design and polished finish. The large rollers look similar to the wheels spotted previously on prototypes for the 2022 GMC Sierra 1500, prototypes which led to the new Sierra 1500 Denali Ultimate.

To that end, it would be a safe bet to assume that the chrome fascia underneath all that camouflage would incorporate the same dark, Vader treatment that characterizes the new Sierra 1500 Denali Ultimate, which definitely stands in stark contrast to the bright, polished chrome of the “standard” Denali. 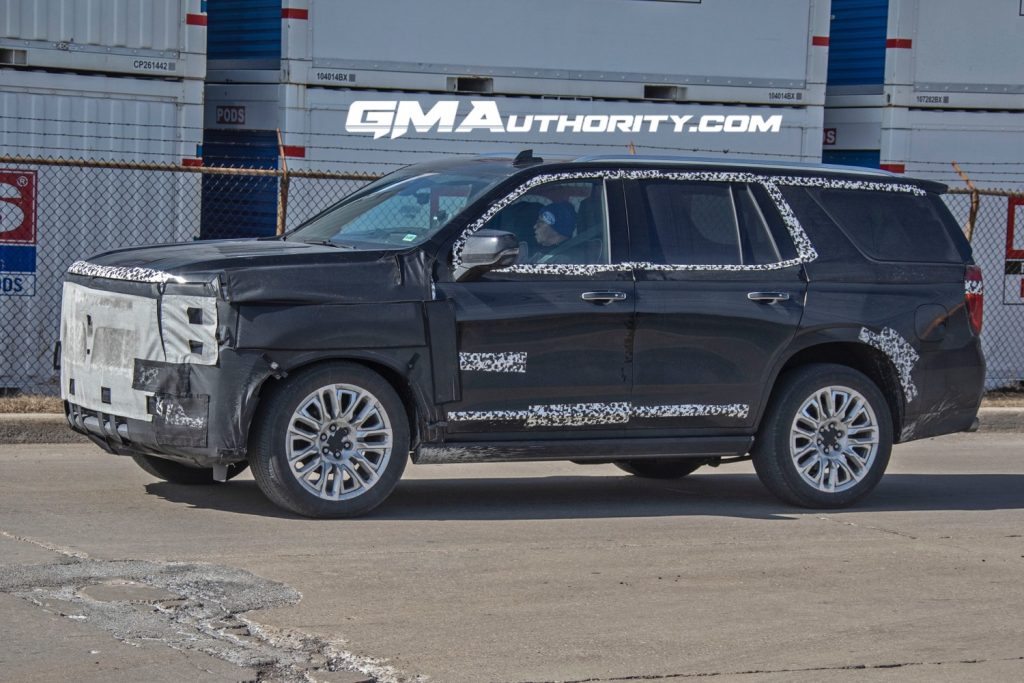 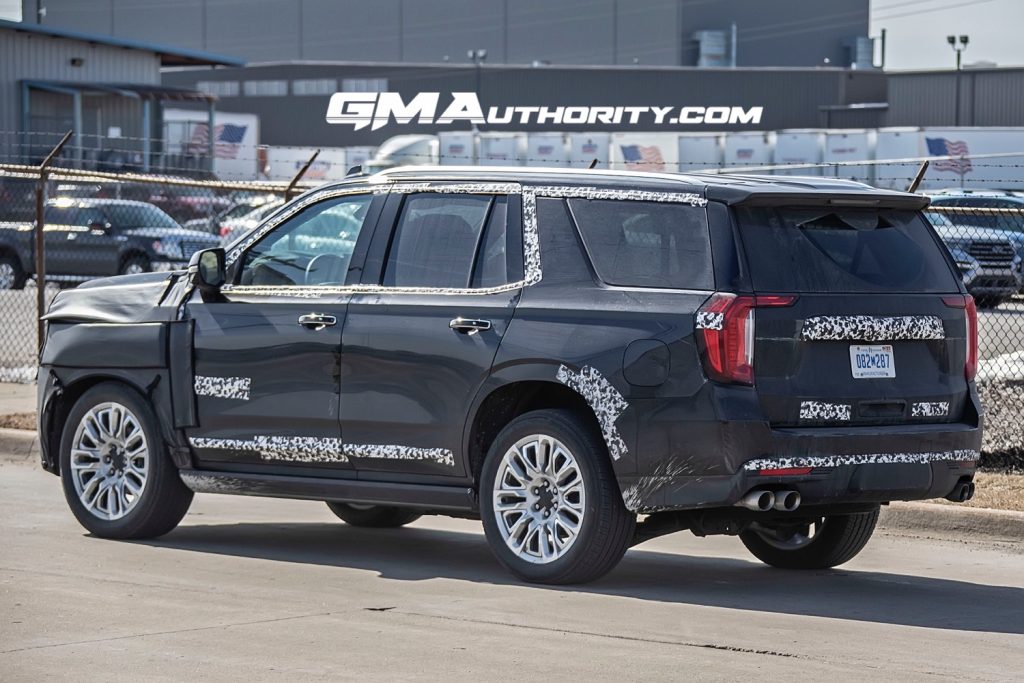 As for what to expect from the 2024 GMC Yukon Denali Ultimate, the Vader front end and large alloy wheels will likely complement body-colored bumpers for the exterior, while inside, a wealth of luxury features will be found in every corner, such as full-grain leather upholstery, open-pore wood trim, and premium audio equipment. Also expect the inclusion of GM’s Super Cruise semi-autonomous drive system, although the 2024 GMC Yukon may introduce the more-advanced GM Ultra Cruise system as well. 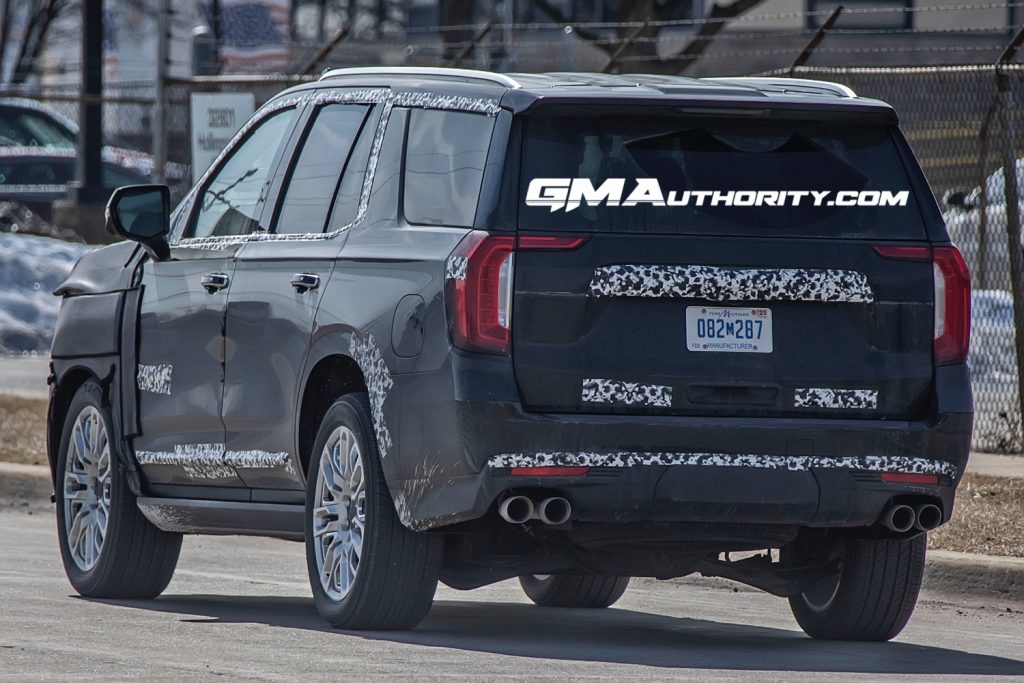 Finally, we should mention that a refresh for the current fifth-generation GMC Yukon would mark a significant departure in strategy from the previous K2-based models, as the latter didn’t receive a refresh during their lifecycle.