A prototype for the upcoming 2024 GMC Acadia AT4 crossover has been caught testing on public roads by GM Authority photographers. 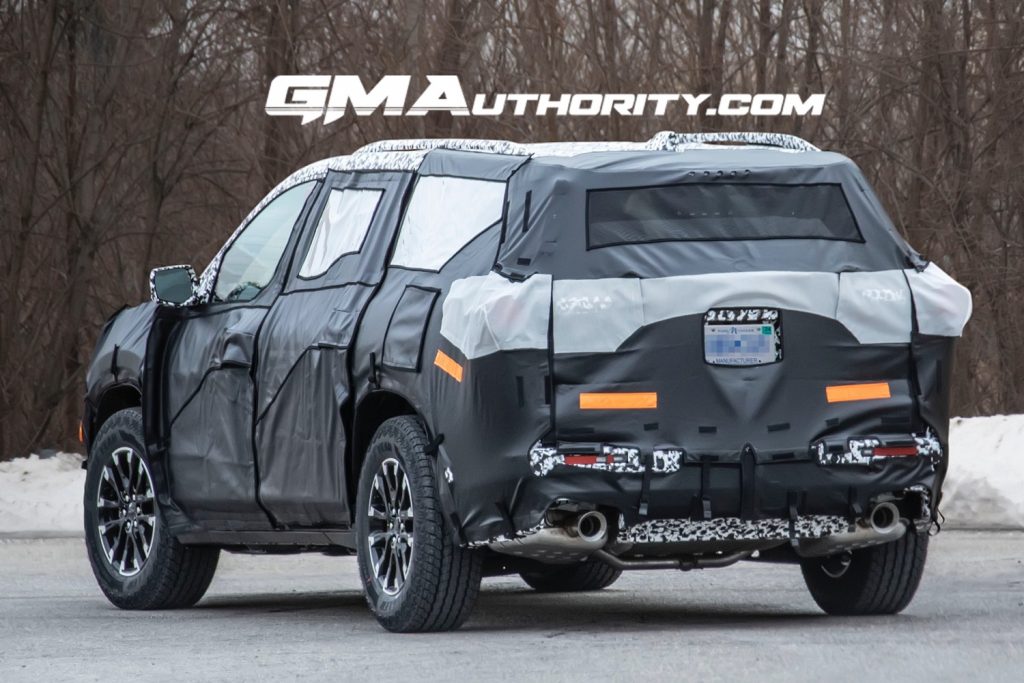 This prototype is heavily camouflaged, with secret-concealing black vinyl covering virtually every inch of its exterior. We’re still pretty sure that we’re looking at a prototype for the 2024 GMC Acadia AT4, however, as it’s equipped with a set of knobby Goodyear Wrangler tires that would be appropriate for the off-road inspired AT4 trim level. It’s worth noting that the current Acadia AT4 rides on 255/65 Continental TerrainContact A/T tires and 17-inch wheels, while this 2024 Acadia AT4 prototype is fitted with 265/65 Goodyear Wrangler AT tires that are installed on a set of larger 18-inch wheels. 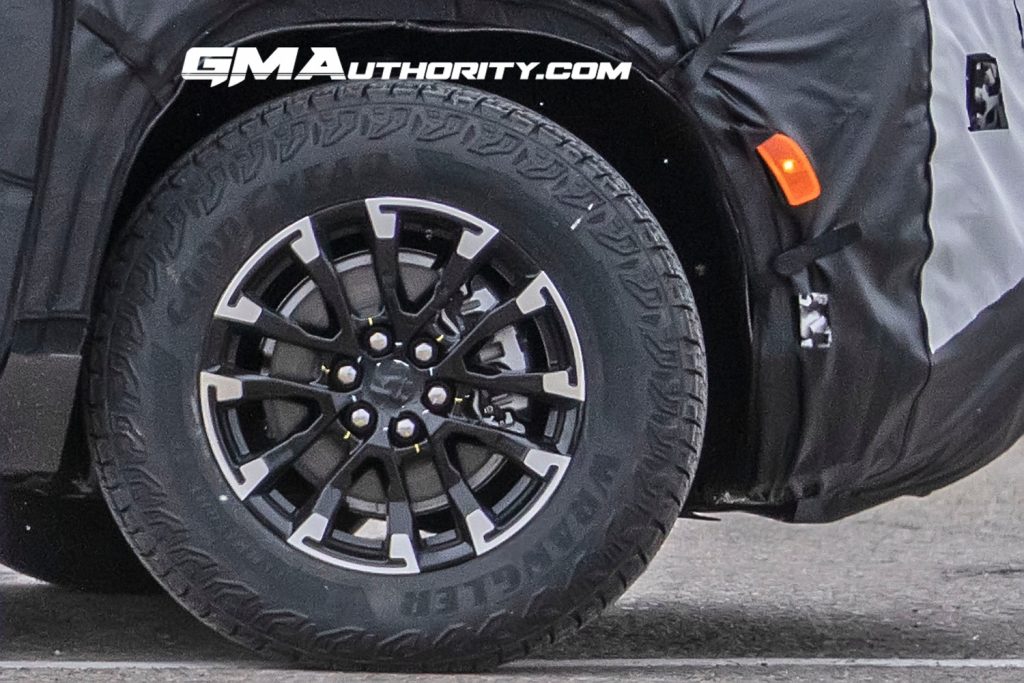 Despite being an AT4 prototype, this vehicle doesn’t have much ground clearance, as evidenced by our photo gallery, nor does it have much space in the wheel wells. It’s still fairly early in the next-generation Acadia’s development, though, and much can still change between now and its official arrival. 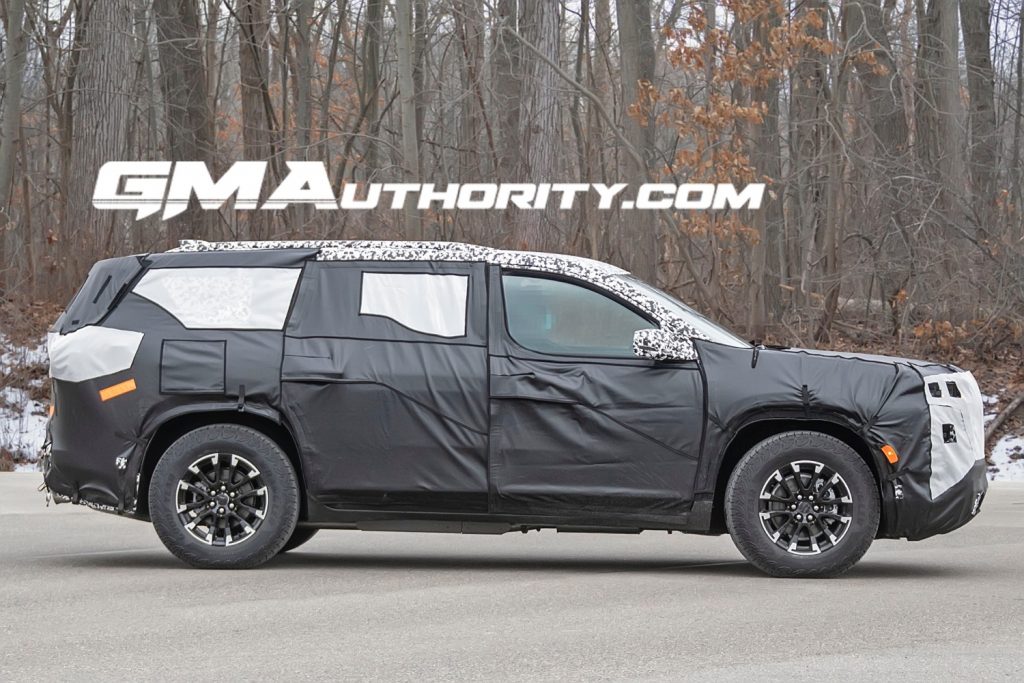 GM Authority first spotted a prototype for the 2024 GMC Acadia late last month. Our spy shots revealed the third-generation Acadia is set to grow in size, making way for a more spacious third row and additional cargo space. This should also help the Acadia compete with larger rival three-row offerings, like the hot-selling Kia Telluride and Hyundai Palisade, for example. The next-gen model will utilize GM’s new, highly flexible VSS-F platform (vehicle set), which was introduced with the 2020 Buick Encore GX and 2021 Chevy Trailblazer subcompact crossovers. 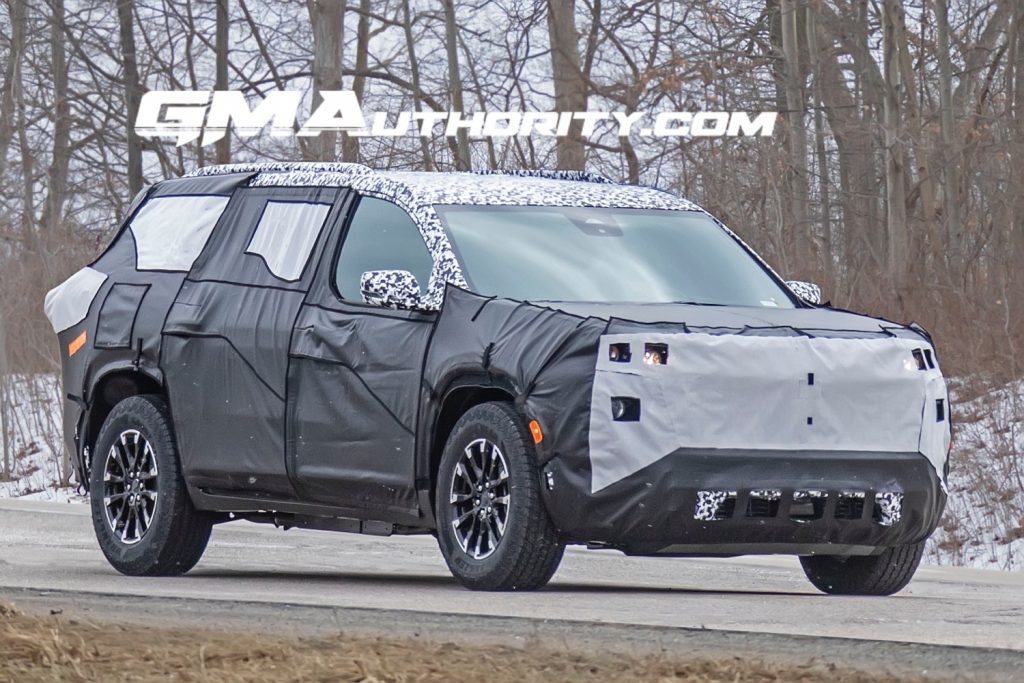 The third-generation GMC Acadia will go on sale for the 2024 model year, meaning it will likely make its official debut early next year. We’ll have consistent updates on this future GM crossover as more information comes to light, so be sure to subscribe to GM Authority for more GMC Acadia news, GMC news and around-the-clock General Motors news coverage.