The current Chevy Colorado was introduced in the U.S. and Canada for the 2015 model year, and these days, it continues to be a competitive midsize offering, consistently raking among the top three best-selling vehicles in its segment. Nevertheless, GM isn’t standing still, with an all-new model set to arrive for the 2023 model year. Previously, GM Authority brought you coverage of the base-model 2023 Chevy Colorado WT, as well as the off-road-ready 2023 Chevy Colorado ZR2. Now, however, we’re looking at the upcoming LT model.

Now, we’re taking our first look at the upcoming 2023 Chevy Colorado LT, which was recently spotted testing on public roads in prototype form. 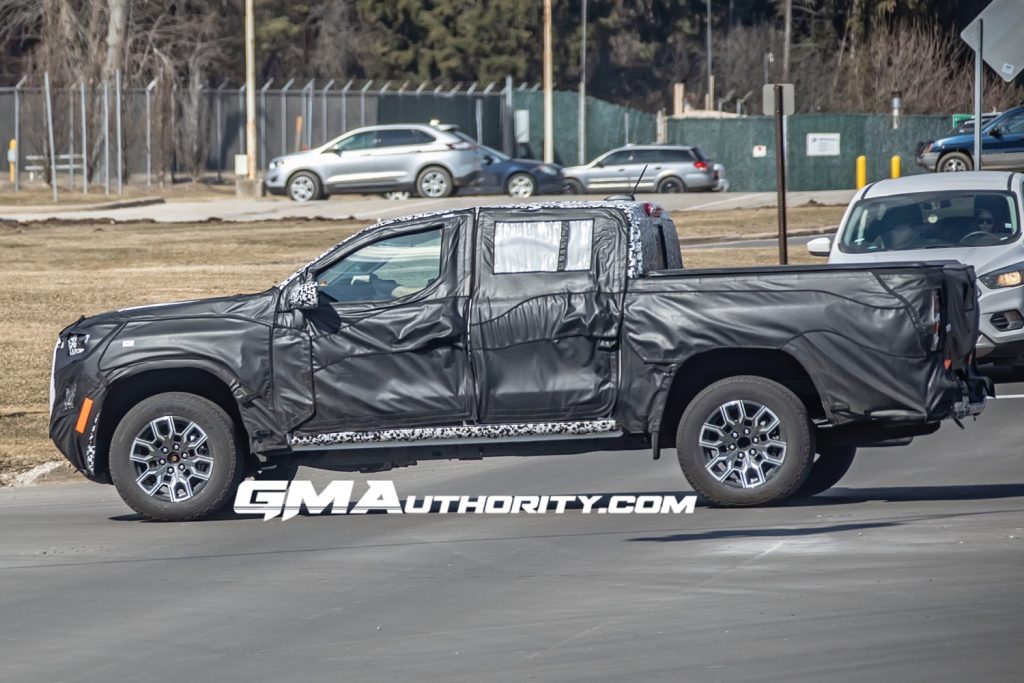 This 2023 Chevy Colorado LT prototype gives us a look at the overhauled front end with a new set of headlights with an LED lighting signature and what could be projector beam bulbs, enhancing the front fascia with a more modernized appearance. 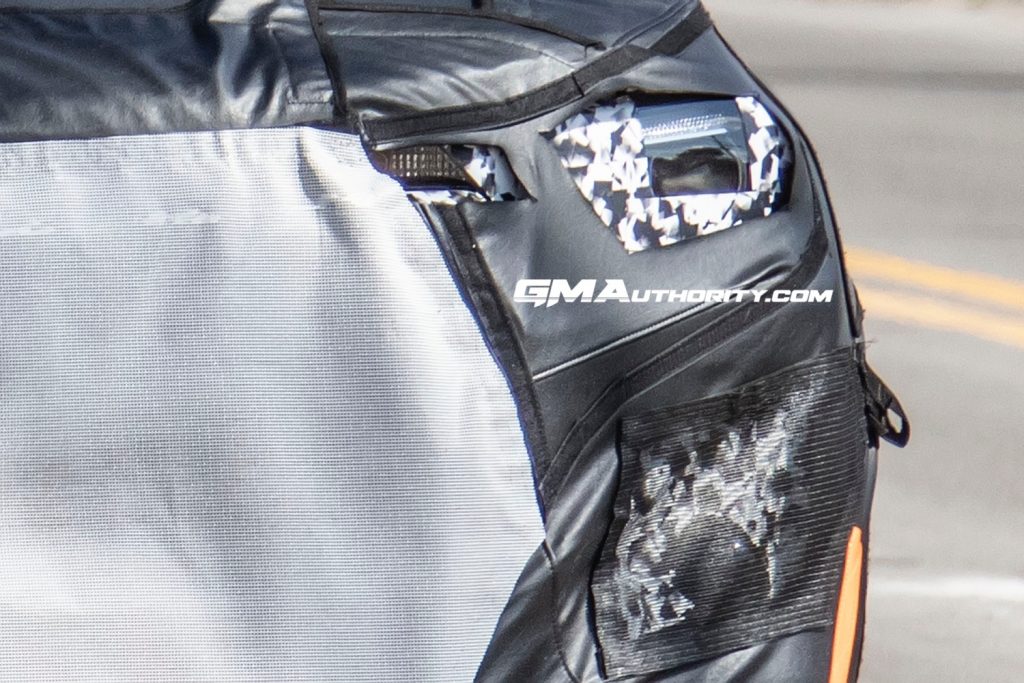 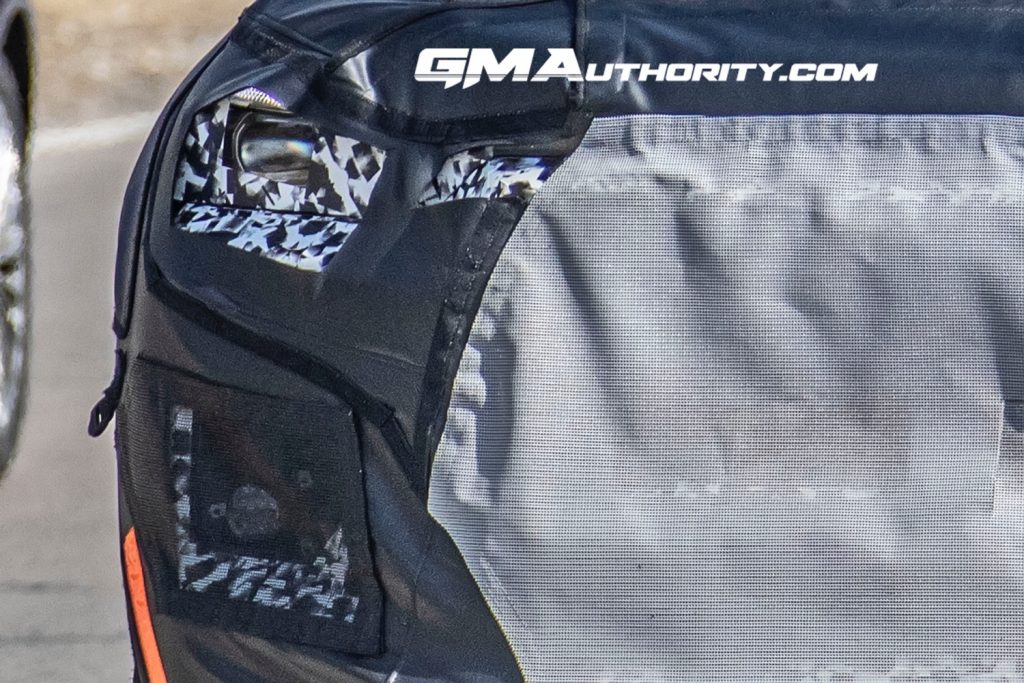 Compared to other prototypes, this one has shed some of the camouflage mesh around the headlights, enabling us to see some off some of the styling lines while providing a clearer picture of where the lights will be placed in the revised fascia.

The lights will be oriented in a horizontal layout and will include LEDs on top of the headlight cluster while new lighting elements stretch around the top of the center grille. Finally, lower in the front bumper, we spot a set of round fog lamps. 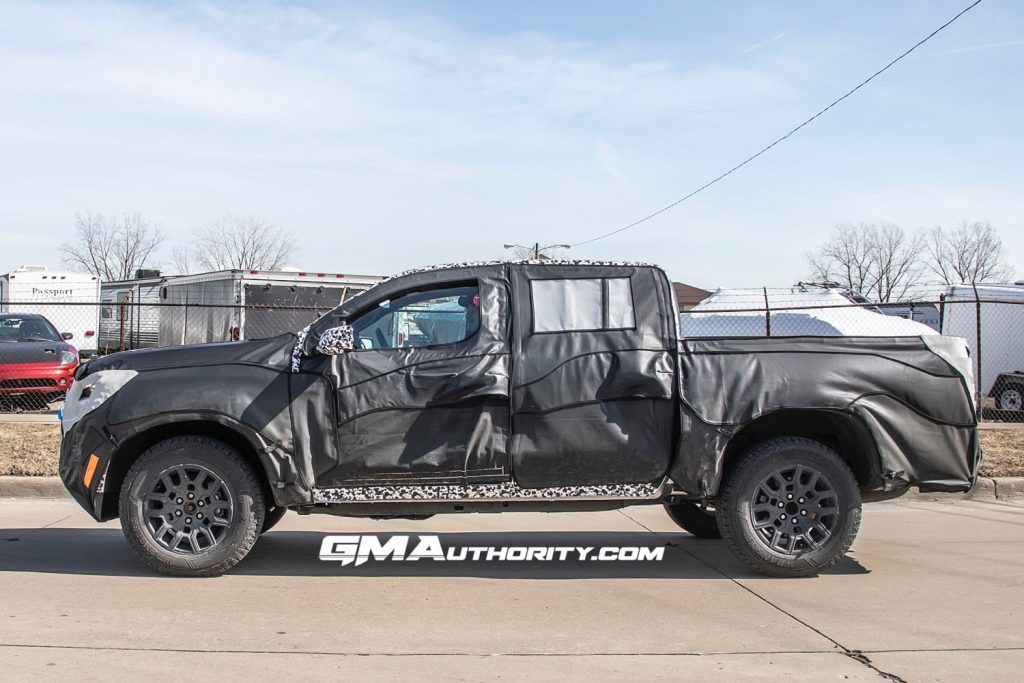 Also notable are the wheels, with another 2023 Chevy Colorado LT prototype running on a set of new 18-inch wheels with a 12-spoke design and black machining. Notably, these wheels have been spotted on multiple prototypes before, and are wrapped in Goodyear rubber. 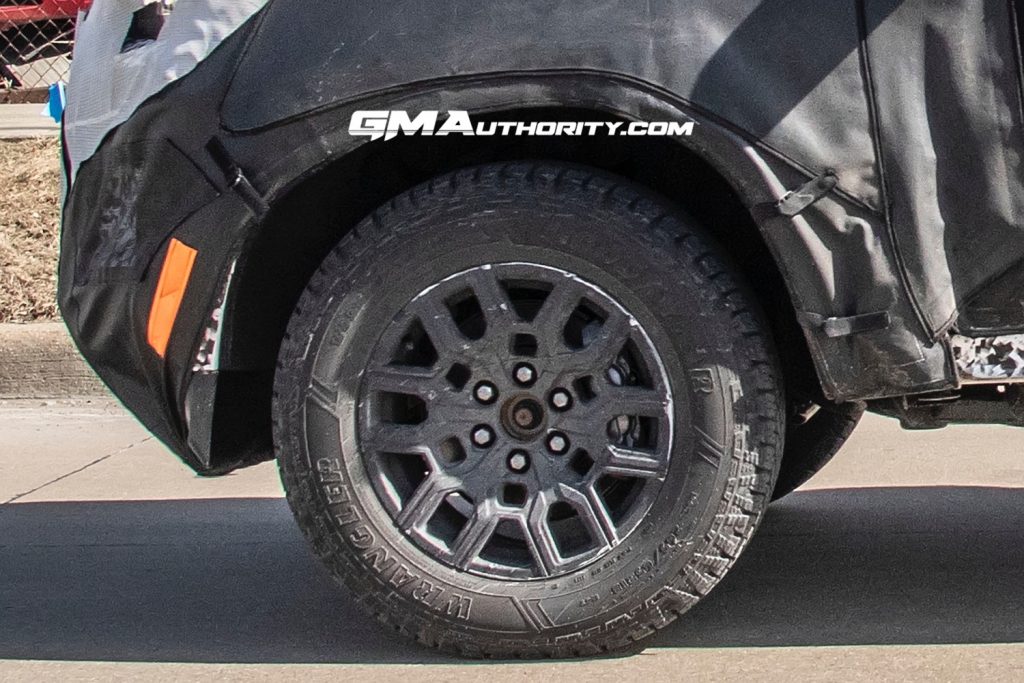 Under the revised body panels, the 2023 Chevy Colorado will ride on the 31XX-2 platform, which is an updated version of the current GMT-31XX midsize body-on-frame architecture. In addition to the new exterior, the interior of the 2023 Chevy Colorado will also be all-new, while under the hood you’ll find an all-new powerplant with the turbocharged 2.7L I4 L3B gasoline engine, the same four-cylinder currently offered for the Chevy Silverado 1500. 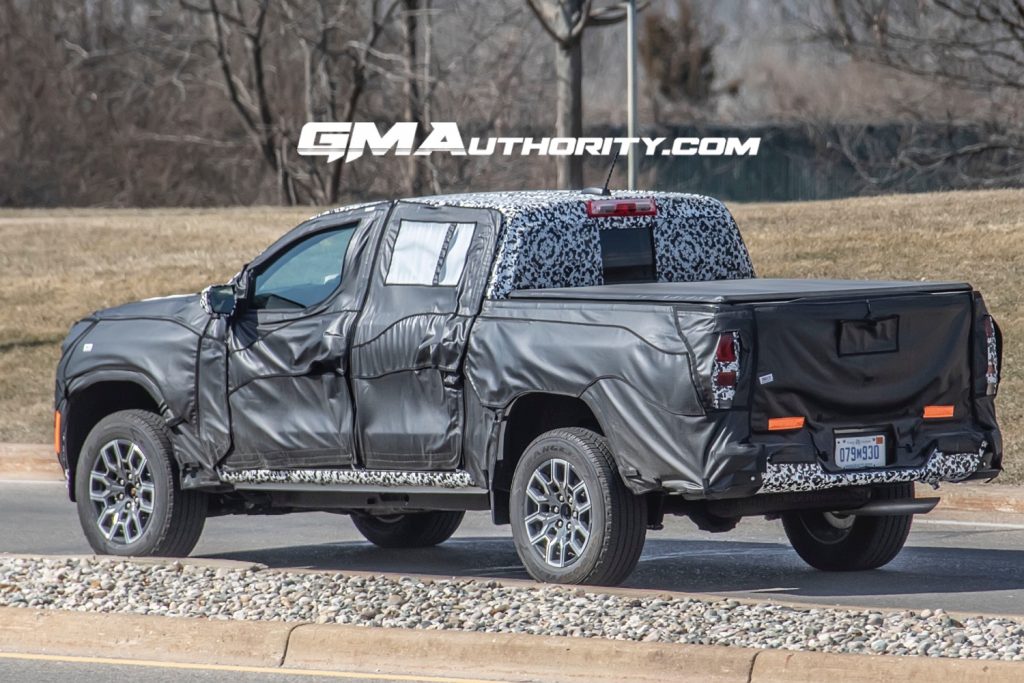 In the Silverado, the L3B is rated at 310 horsepower and 430 pound-feet of torque. The GM 10-speed automatic transmission will handle cog swaps. Notably, the atmospheric 2.5L I4 LCV, 3.6L V6 LGZ, and 2.8L I4 LWN turbodiesel Duramax will all be retired in the 2023 Colorado.

The new Colorado will also run the GM Global B electrical architecture, enabling the latest tech and active safety features. Production will continue taking place at the GM Wentzville plant in Missouri.