For those custom truck enthusiasts that have been around the block, this 1992 Chevy pickup definitely exudes that classic ‘90s lowrider style. Now, we’re getting under the skin of this wild dually build thanks to the following brief feature video. 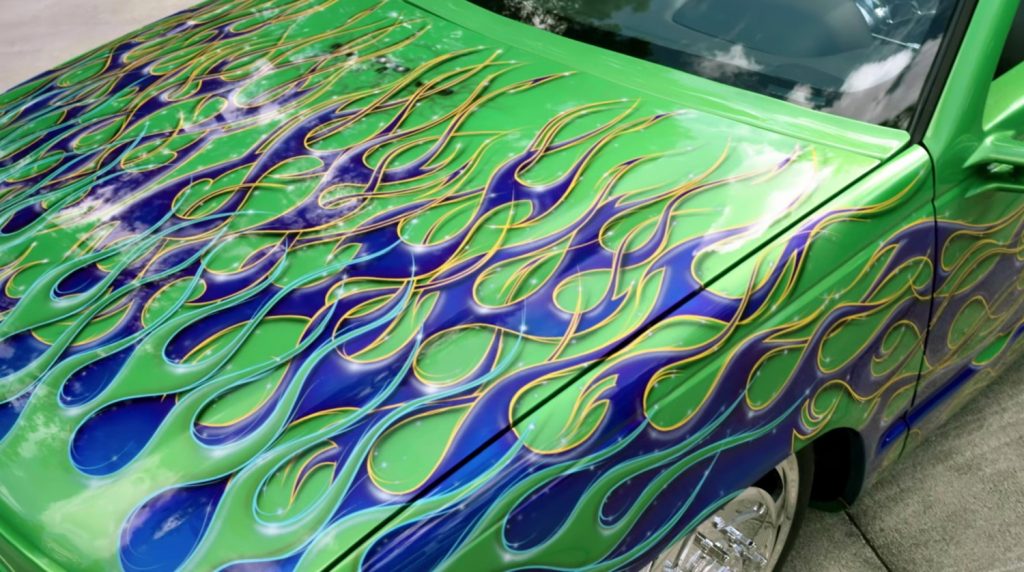 Known as the Krew Kut, this custom Chevy pickup stretches for miles and sits right on the pavement, turning heads no matter where it goes. The current owner, David, is a resident of Lake Mary, Florida, but first saw this thing when he flew out to California at the age of 19. As soon as he laid eyes on it, he knew he wanted it.

Over the years, David kept track of his dream vehicle. Eventually, the pickup was listed on eBay, at which time David placed his bid and came up the winner.

David claims his Chevy pickup is one of the first, if not the first, body drop dually builds, with the floor cut and modified to drop the body over the frame, giving the truck that “laid on the pavement” appeal. 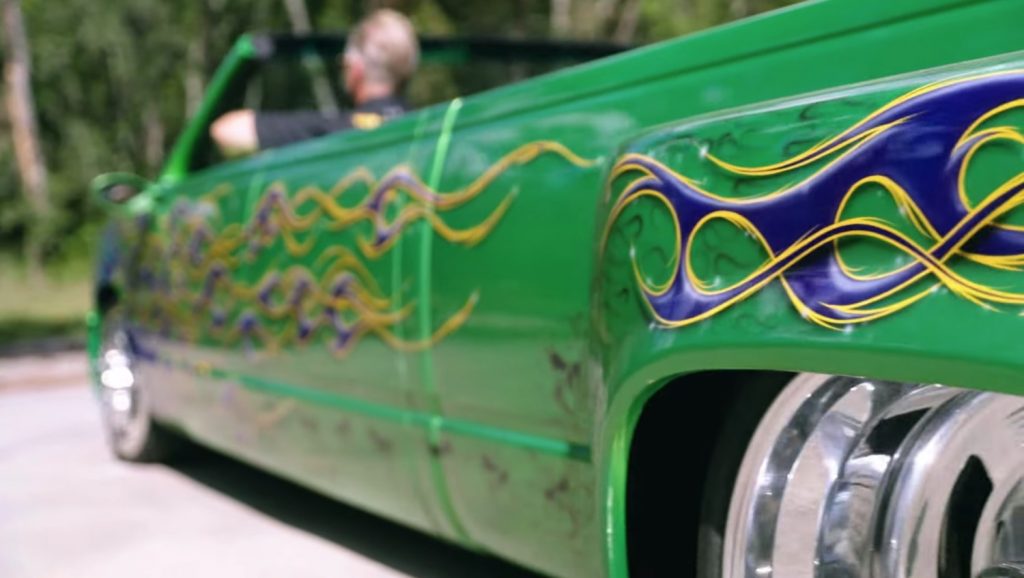 The exterior keeps the ‘90s custom style intact with an iconic paint job, merging bright House of Kolor Green layers underneath with blue and yellow flames on top, as well as airbrushed skulls. The whole thing is chopped down and roofless, while a Cadillac Escalade front clip, custom bumper and grille, and custom sideview mirrors enhance the lines. The rear fenders were raised to accommodate the rear wheels when dropped, and the rear end shaves the taillights and welds the tailgate shut. 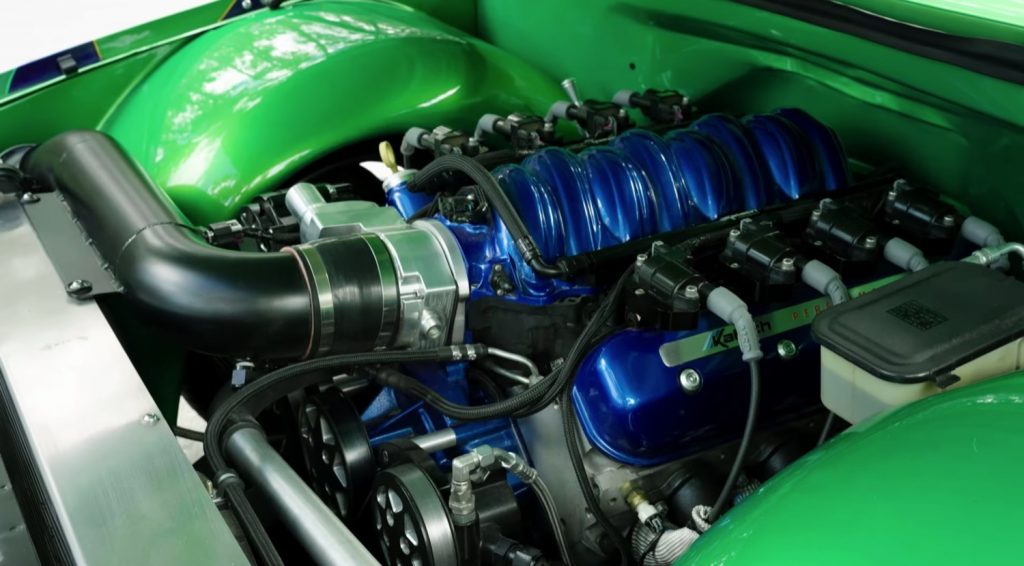 Under the hood is a Katech Performance 496 LSX V8 engine, which David claims to produce 617 horsepower. The V8 mates to a 4780E automatic transmission. Surprisingly, the trucks supposedly weighs just 3,100 pounds, which yields some pretty decent straight-line performance.

David has several custom vehicles in his collection, but says he would sell them all to keep his Krew Kut Chevy pickup. Check it out in the video below: