Classic Pontiac builds typically result in something shiny, with perfect paint and a show-ready aesthetic. However, this particular 1955 Pontiac breaks the mold, opting for a DIY, off-road rally style, as seen in the following feature video. 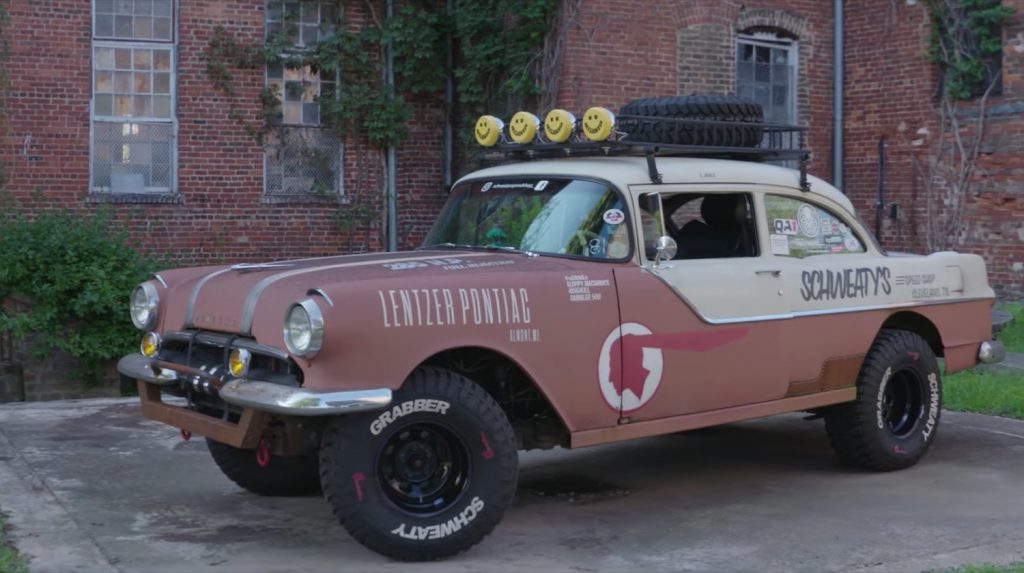 Coming to us from the folks at Barcroft Cars and the “Ridiculous Rides” series, this 1955 Pontiac was built by a family of enthusiasts out of Cleveland, Tennessee with a budget of just $5,000.

“I like to build cars that are outside the norm,” says the owner. “Not really interested in building cars that are gonna command a lot of money or attention on the show stage.”

The current owner originally purchase the 1955 Pontiac for $500 from an old friend, who had the two-door sitting out in a field. The friend didn’t really have a plan for the car, so the current owner brought it home and got to work with the intention of getting it back on the road in a year to take part in events like the Gambler 500. 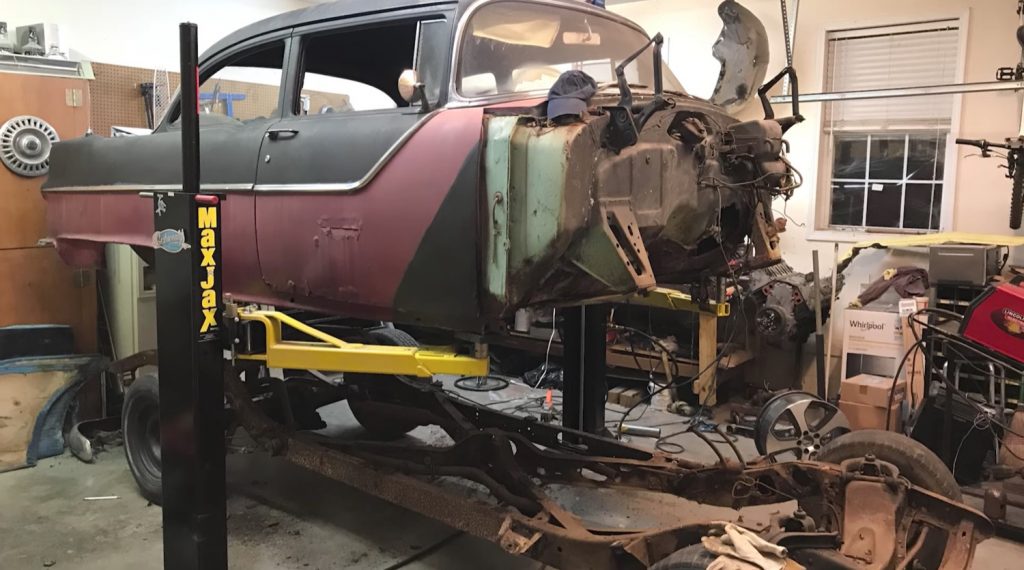 When the current owner first acquired his Pontiac, it was in pretty bad shape with a lot of rust, a blown engine, and seized brakes. As such, the owner looked to source a bevy of donor parts, including components from a Chevy S10. As it turns out, a similar wheelbase enabled the owner to drop the classic Pontiac body onto a 2000 Chevy S10 frame.

The Pontiac now runs a 5.3L V8 engine, which mates to a A4LD automatic transmission to drive the rear wheels. The suspension was replaced with new QA1 coilovers, which keep large 33-inch tires planted. 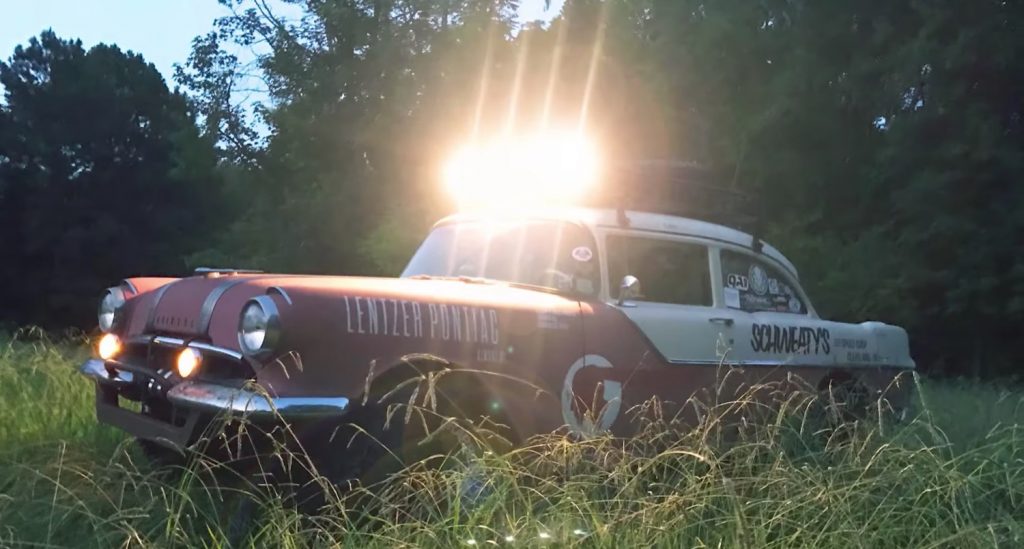 The exterior is certainly eye-catching, with a rally style that incorporates a lower bash bar, fog lights in the front fascia, as well as a light bar on the roof next to a large rack. There’s also a set of skid plates underneath, while hand-painted lettering and graphics provide the icing on the cake.

Most of the interior is intact, but the build includes new Procar seats as well. The whole thing was built as a family project at home, and now, this 1955 Pontiac tours the country.

“We like to do a little bit of everything with it,” the owner explains. “We can cruise down the freeway about 80 mph, or crawl up a waterfall.”