The race to electric power is on, with automakers around the globe developing a glut of new battery-powered vehicles, including GM, which hopes to launch 30 new EVs by 2025. However, internal combustion still has something to say when it comes to the business of going fast, as seen in the following drag race between a 1,500-horsepower 2004 Chevy Silverado pickup and a Tesla Model S Plaid. 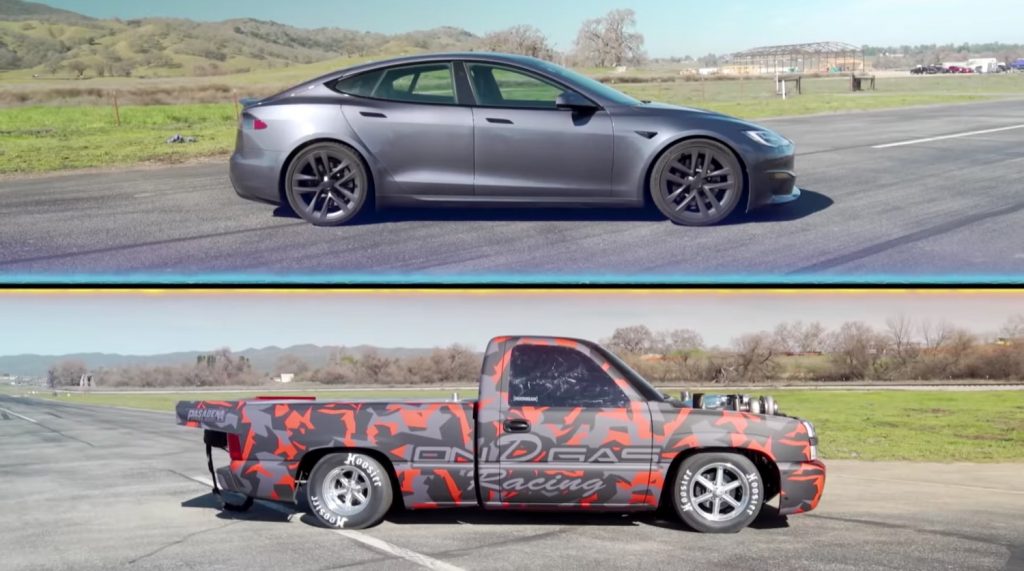 This drag race once again comes to us from Hoonigan, which is setting up the showdown in the usual “This vs. That” format. However, with this particular drag-prepped Chevy Silverado arriving as the latest challenger for the stupendously quick Tesla Model S Plaid, this particular video series was renamed to the slightly more appropriate “This vs. Plaid.” 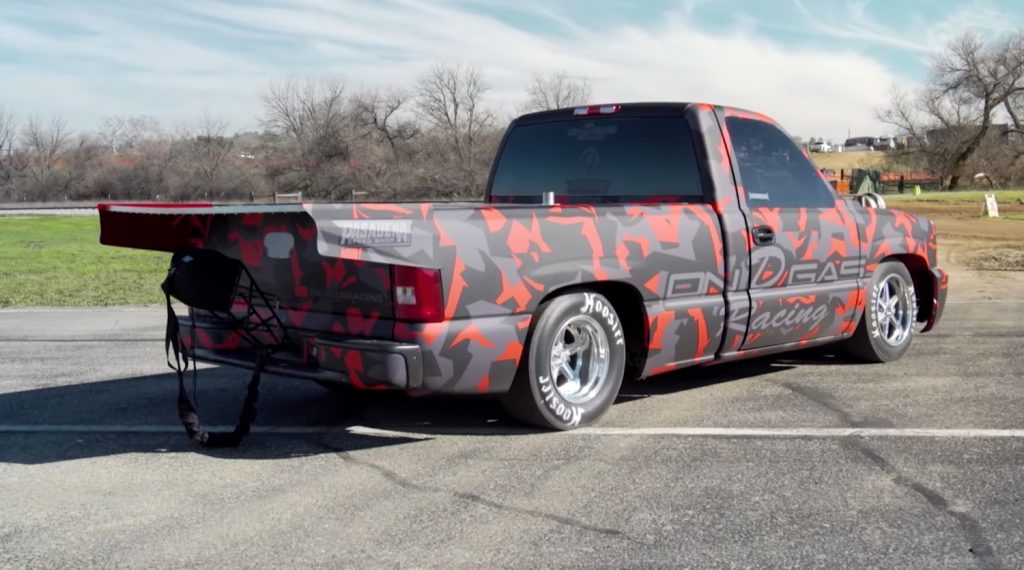 Let’s kick it off with a quick rundown for both vehicles, starting with the Chevy Silverado. Originally serving as a daily driven work truck, this Chevy Silverado is now a full-blown drag racing machine, throwing down with 1,500 horsepower from a twin-turbo 427 LSX V8 engine. Making the boost is a pair of 79mm Garrett snails. The owner says they will “turn it down” to 1,200 ponies for the no-prep surface, but either way, it’s a lot. Output reaches the ground though a TH400 three-speed transmission and four-wheel drive. The Chevy also arrives to the party with a little bit of weight savings thanks to a few fiberglass components, but it still weighs 4,000 pounds. The owner says the combo is capable of running an 8.30 in the quarter mile. 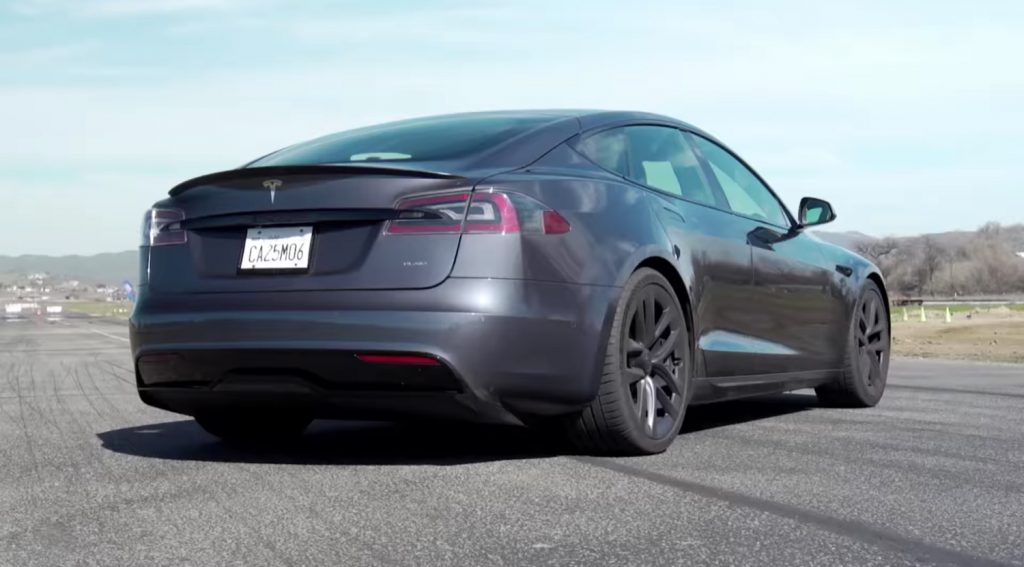 By comparison, the Tesla Model S Plaid looks much more benign. Heck, you could even call it boring. Everything is stock, down to the wheels and tires. However, the performance is anything but boring, with 1,020 horsepower on tap thanks to a trio of electric motors. Putting the electric power to the ground is all-wheel drive, while weight is a rather hefty 4,828 pounds.

It’s a pretty wild matchup, so hit play to see what happens: