A customized 1951 Chevy 3100 pickup will soon be auctioned off via Bring-A-Trailer, with all proceeds from the sale directly benefitting the SEMA Cares charity. 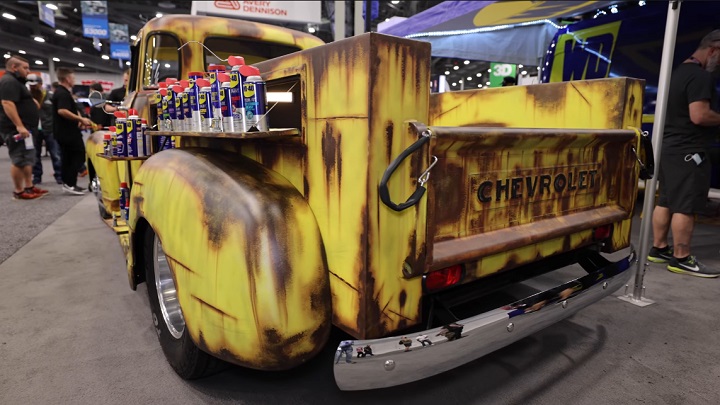 This truck was built by Trad Ronfeldt, who just so happens to be the crew chief of seven-time Pro-4 off-road racing champion Kyle Leduc. As some GM Authority readers may know, Leduc is the current driver of the GMC Hummer-sponsored SUV that races in the all-electric Extreme E series with Chip Ganassi Racing. Ronfeldt, therefore, is very familiar with what it takes to build a high-quality and high-performance truck. He also had backing from WD-40 for this project, with the lubricants company displaying the customized pickup at its booth during the 2021 SEMA Show in Las Vegas. 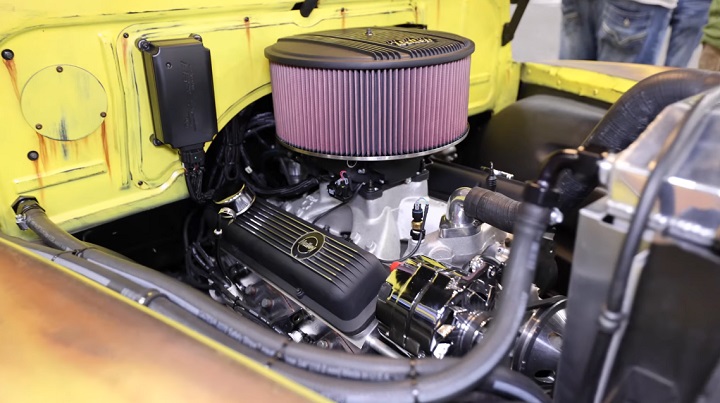 The most exciting part of this truck, unsurprisingly, resides under the hood. In place of the factory engine sits a 383 cubic inch Chevy stroker V8 engine, which is complete with a Holley Sniper EFI kit and a Holley distributor, among other upgrades. Ronfeldt estimates the lightly modified Chevy crate motor produces about 520 horsepower, which is sent to the rear wheels through a 4L60E four-speed automatic transmission.

Despite the relatively modern, fuel-injected powerplant, this truck retains a 1950s exterior appearance with steelie wheels and original chrome trim. The body may look like it has genuine patina, however it’s actually been expertly painted to both look and feel like the metal bodywork has started rusting. Those who want to participate in the Bring-A-Trailer auction can rest easy, then, knowing they aren’t bidding on a car that’s already started oxidizing. 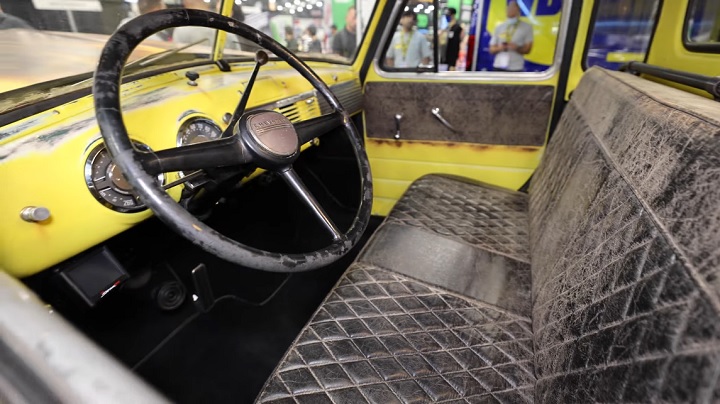 As noted above, all proceeds from this sale will benefit SEMA Cares – the non-profit of the well-known Speciality Equipment Market Association that hosts the annual SEMA Show in Las Vegas. The non-profit says it “works with select charities that best reflect the values and interests of the automotive specialty equipment industry,” such as Victory Junction, which was founded by late NASCAR driver Adam Petty.