Created as a celebration of Dale Earnhardt’s Rookie of the Year success in 1979, Dale Earnhardt Chevrolet of Newton, North Carolina built ten examples of the 2011 Chevy Camaro Intimidator, offering a supercharged V8 under the hood, as well as a number of complementary performance upgrades and styling modifications. Now, this particular example is listed for sale in a new online auction. 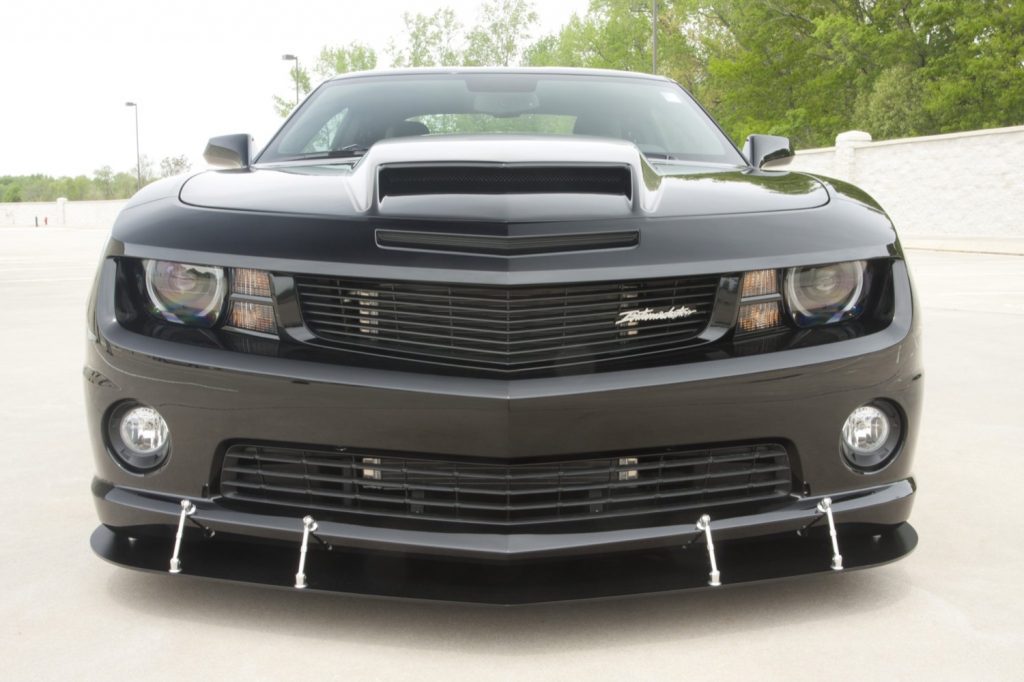 This particular 2011 Chevy Camaro Intimidator was acquired new by the seller, and looks to be in pretty good condition with less than 1,000 miles on it. The exterior is covered in Black paint, and features a raised cowl induction hood with silver accents.

The 2011 Chevy Camaro Intimidator also comes equipped with a number of race-inspired aero bits, including a front splitter and rear blade wing, while integrated fog lights are up front and chrome taillight bezels are in back. In the corners, you’ll find 20-inch chrome wheels wrapped in Pirelli P Zero tires. And don’t forget the chrome Intimidator badging. 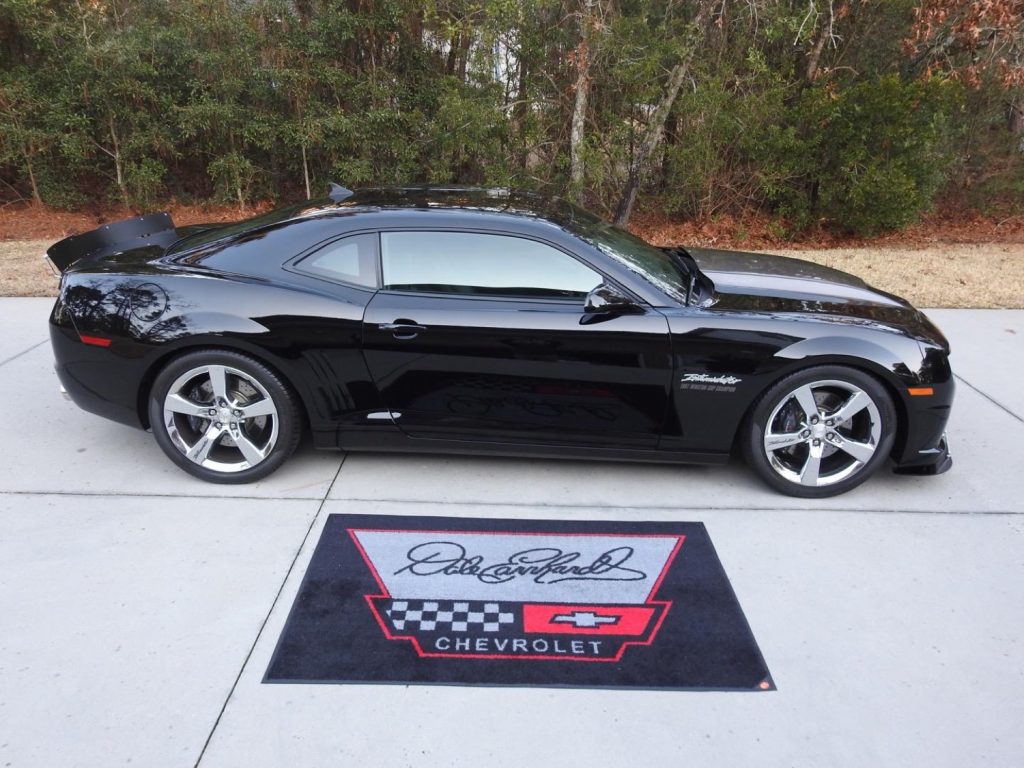 Inside, there’s black leather and suede upholstery with silver accents, plus checkered style door inserts. Drivers row their own with an aluminum Dale Earnhardt-branded shifter, and sit comfortably in power-adjustable and heated front sport seats. Boston Acoustics audio, automatic climate control, and a head-up display round out the amenities, while the passenger-side of the dash was signed by members of Earnhardt’s family. 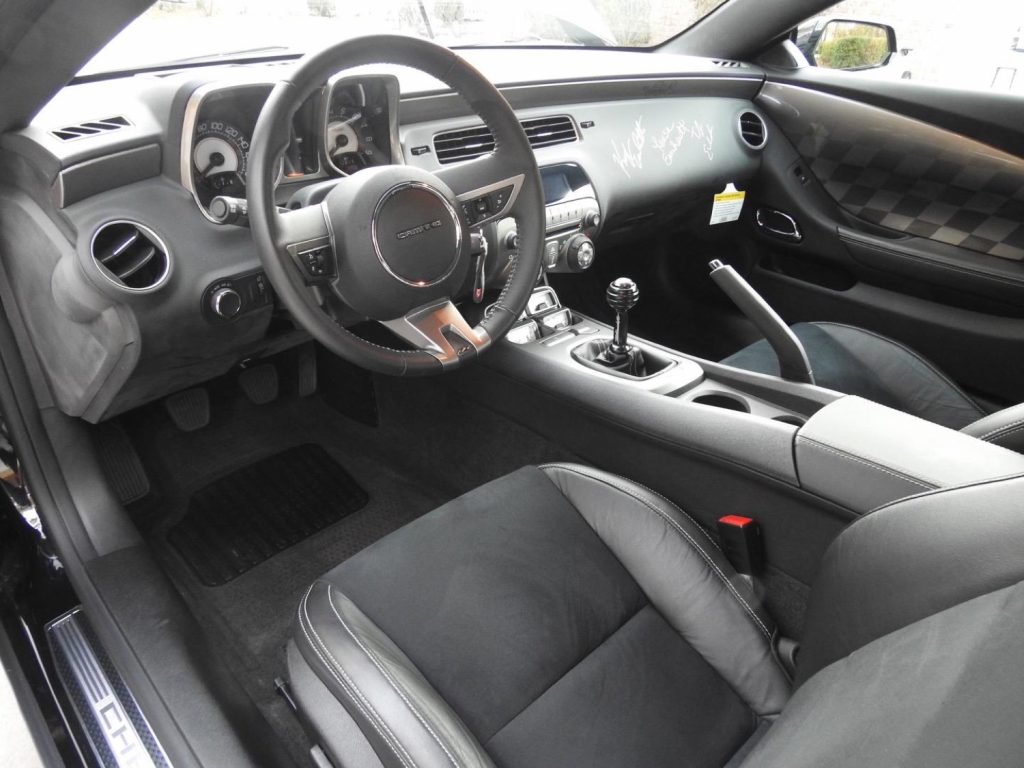 Providing the go in this 2011 Chevy Camaro Intimidator is the 6.2L V8 LS3 gasoline engine, which was supercharged to produce 704 horsepower and 695 pound-feet of torque. The engine also sports upgraded fueling, a Kooks performance exhaust system, and long-tube headers, with spent gasses exiting through dual polished exhaust outlets. 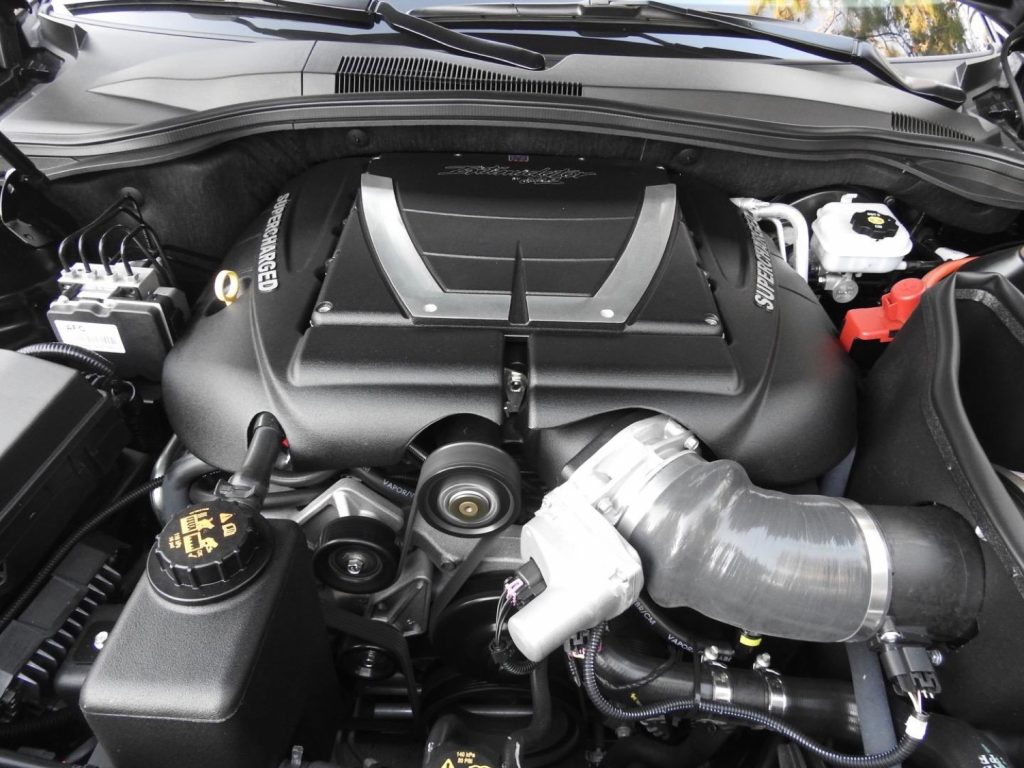 Output is sent to the rear tires through the Tremec TR6060 six-speed manual transmission. The suspension was also upgraded with lowering springs, new sway-bars, and subframe connectors, while Brembo brake calipers with cross-drilled discs throw the anchor. 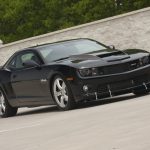 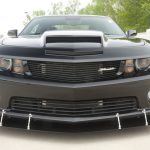 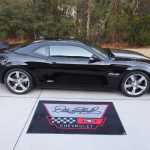 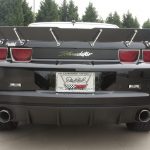 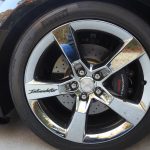 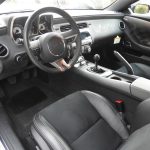 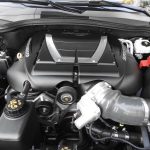