Turbocharging is a fairly common thing these days, but back in the ‘60s, the technology was just getting rolling. The first vehicle to introduce turbos for production cars was this – the 1962 Oldsmobile Jetfire. Now, Jay Leno is taking this lovingly restored example for a drive. 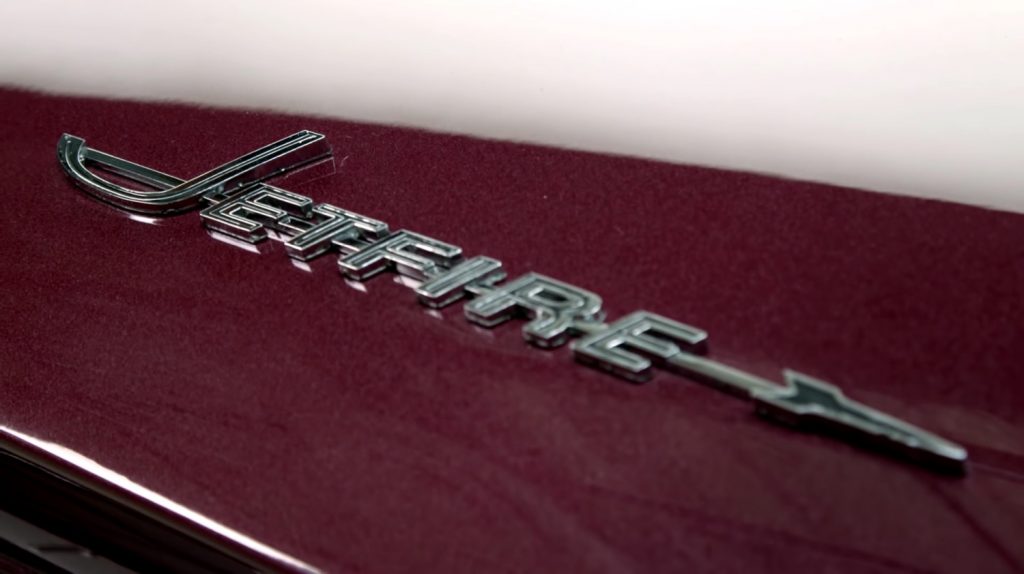 Although the Chevy Corvair wasn’t far behind, the Oldsmobile Jetfire is still considered America’s first production turbocharged car. Even so, it’s relatively unknown, even among dedicated enthusiasts, and a rare thing to see on the road.

The owner of this particular 1962 Oldsmobile Jetfire found the car while looking for another Oldsmobile for his wife. Despite a long history of Oldsmobile ownership in his family, the owner didn’t know too much about the Jetfire, but ended up falling in love with it, even selling the rest of his collection to get it. 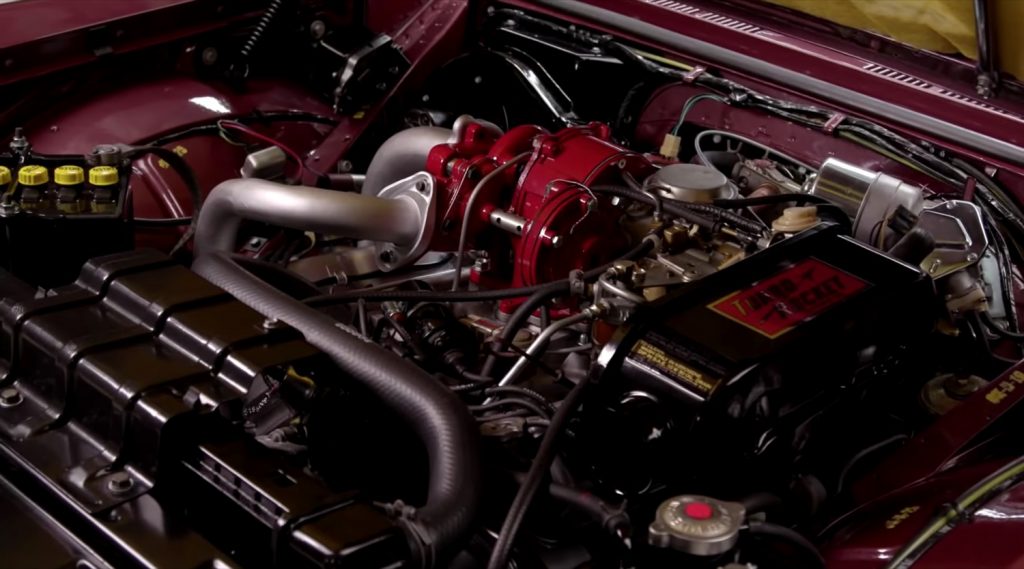 The main party piece is under the hood, where the Oldsmobile Jetfire cradles a 215 cubic-inch V8. To run the boost, the engine requires something which Oldsmobile called “Turbo-Rocket Fluid,” a combination of water and methanol to combat detonation. The V8 has a relatively high 10.25:1 compression ratio, while the turbo puts out roughly 6 psi of boost. At the time, the gasoline wasn’t good enough to sustain all that, so without the special fluid, the engine defaults to run without all the boost.

The all-aluminum V8 makes 185 horsepower, but with the turbo spinning, that figure peaks at 215 horsepower. The car is also pretty light, weighing in at an estimated 2,900 pounds with a full tank of gas. 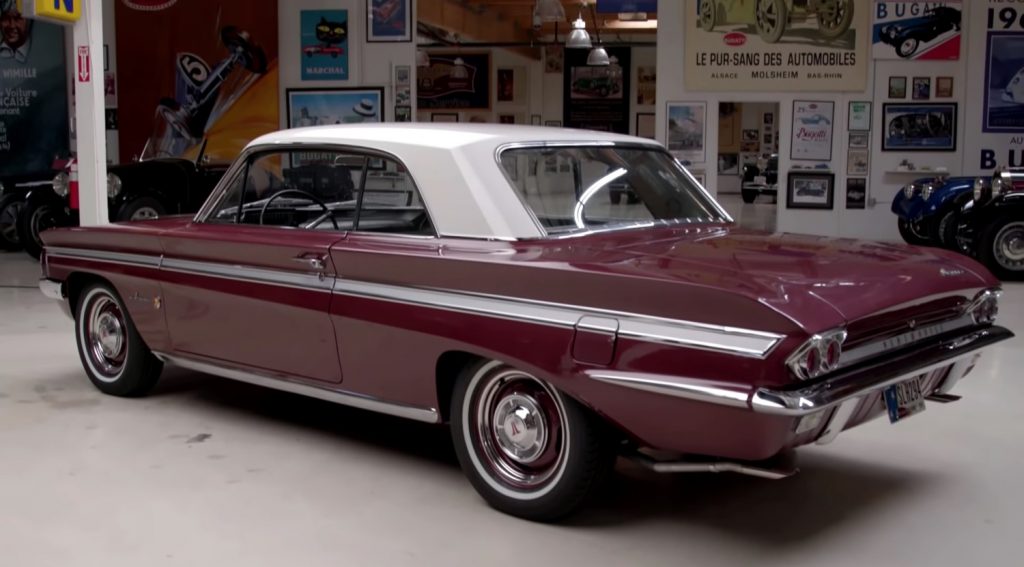 Of course, with how rare this car is, owners have to go to great lengths to keep it all in working order.  For example, the owner orders custom air filters through K&N, and he mixes his own rocket fluid as well.

“These cars are really a community effort,” the owner says.

All in all, this 1962 Oldsmobile Jetfire looks pristine, and is even driven regularly on the street. Check it out in full with the video below: