One of the big attention-getters at the SEMA Show last year was the Hoonigan-built 1988 Chevy Camaro ZZ632, a third-gen Camaro cradling an enormous 632-cubic-inch Big Block Chevy V8 crate engine good for a whopping 1,000 naturally aspirated horsepower right out of the box. Now, Hoonigan has revealed the fully completed build in the following feature video. 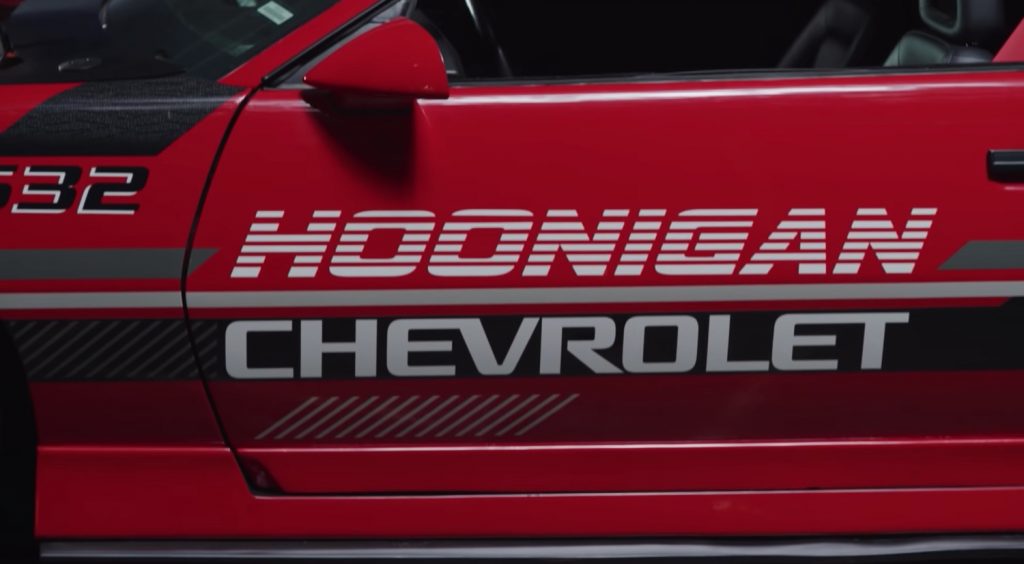 Clocking in at 15 minutes, 30 seconds, the video pours over what it took to make this Chevy Camaro build a reality, including the inspiration behind it and all the custom good stuff as well.

As the video hosts explain, this Chevy Camaro arrived in Las Vegas last year for the SEMA Show in working condition, but there were still lingering bits and pieces that needed to be finished before the Hoonigan folks could call it a day. As such, the builders dove back into it as soon as the car returned from the show floor, and now, it’s ready to rip. 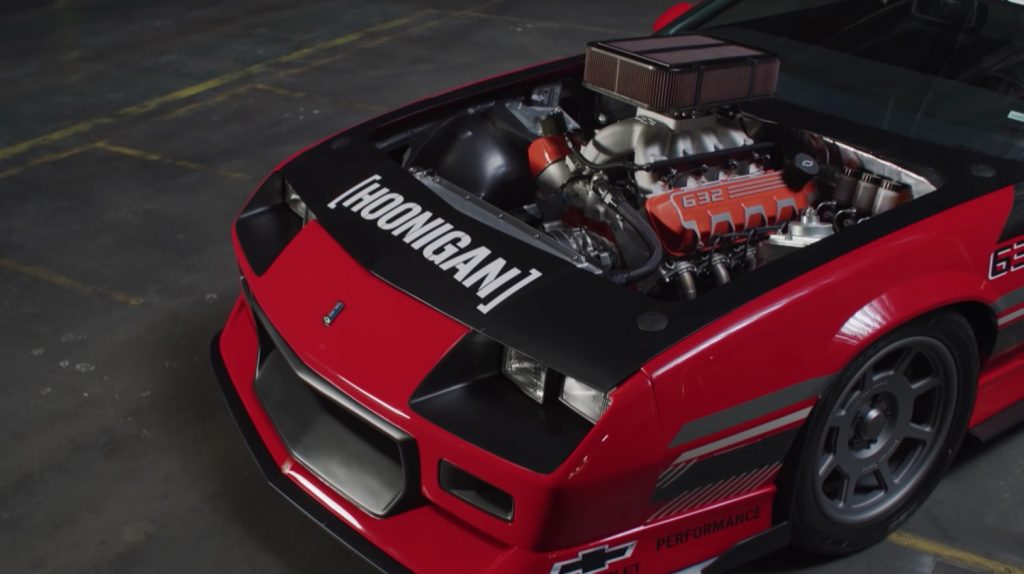 Of course, the main party piece is that enormous Big Block sticking up out of the front end. That V8 is Chevy Performance’s 632 cubic-inch ZZ632 crate engine, offered as the largest and most powerful engine that Chevrolet Performance has ever made. All those cubic inches provide an astonishing 1,004 horsepower and 876 pound-feet of torque on 93-octane gasoline, with peak power arriving at 6,600 rpm and peak torque arriving at 5,600 rpm. Redline is set at 7,000 rpm.

Highlights for this engine include eight port injectors and CNC-machined high-flow aluminum heads, as well as a forged steel crankshaft and connecting rods, forged aluminum pistons, a cast-iron block, and four-bolt main caps. The compression ratio is set at 12.0:1. 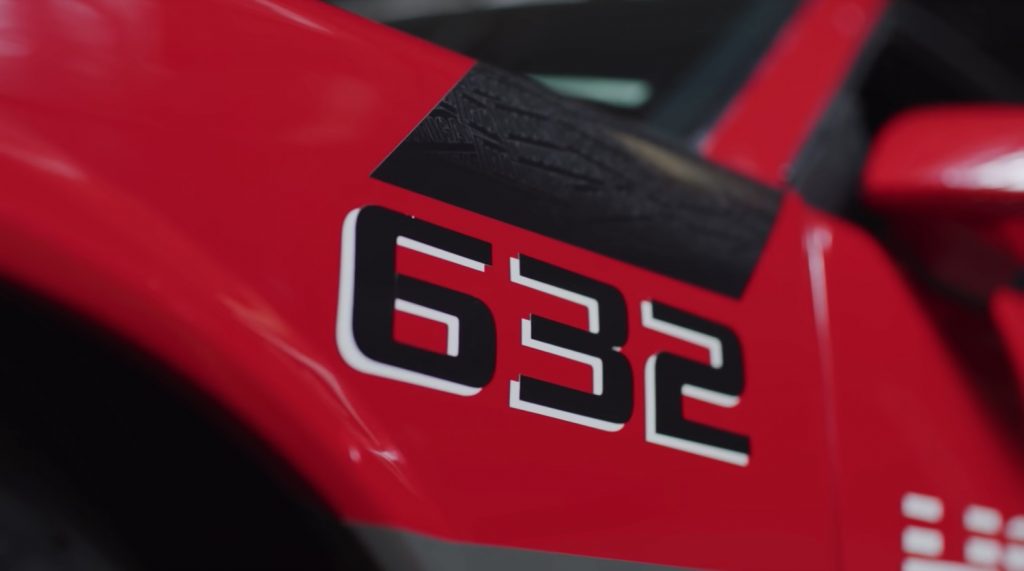 The car itself is also pretty interesting. This particular Chevy Camaro was GM’s 1988 third-generation Two-Door Sport development car, which now has a new lease on life with that insane V8 up front.