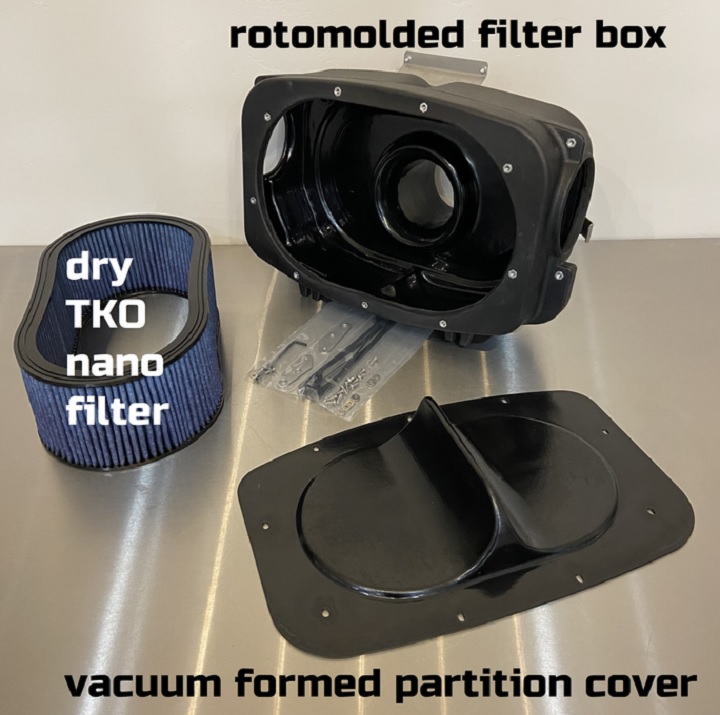 This cold air intake system for the C8 Corvette Stingray replaces the factory intake and requires no additional modifications to install, nor does it require an engine remap/tune to see a performance benefit, which is good, seeing as it isn’t possible to apply a remap to the C8 Corvette at this time. The intake features a filter box made from polyethylene and a large Blue-Bee dry nano filter. Halltech says the intake allows for the stock connector hose, PCV fittings and left and right inlet ducts to be used, along with the OEM mounting bolts. 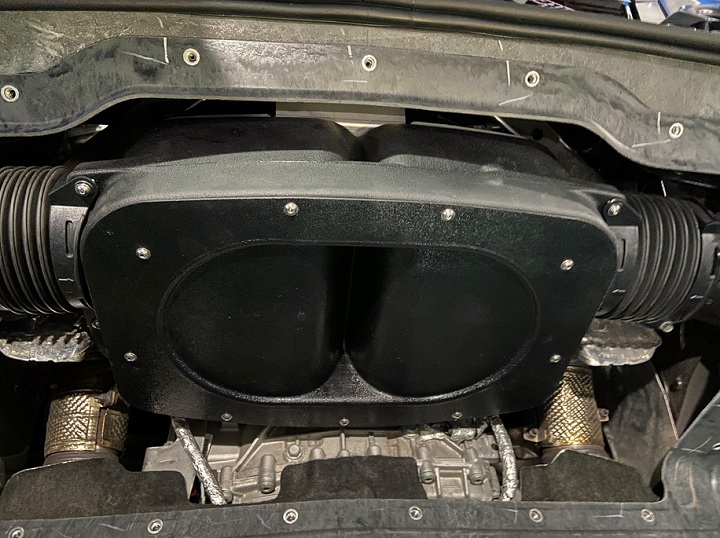 With this intake installed, C8 Corvette Stingray owners should observe an increase of 17 horsepower and 25 pound-feet of torque on a dyno, Halltech says. That means a C8 Corvette Stingray equipped with the optional factory Performance Exhaust and the Halltech Hornet 518 intake would produce roughly 512 horsepower and 495 pound-feet of torque from its naturally aspirated 6.2L LT2 V8 engine. 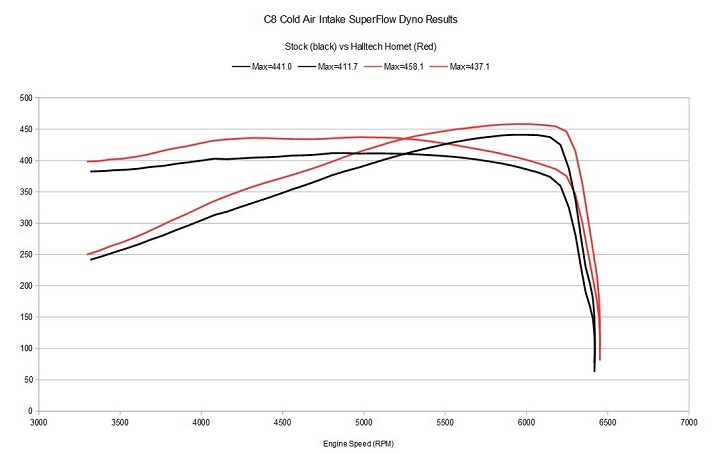 This intake was designed and engineered for the C8 Corvette Coupe only and will not fit on Convertible models without slight modifications to the access panel under the trunk carpet. The unit is priced from $795 USD and is available to order from Halltech’s web shop now. 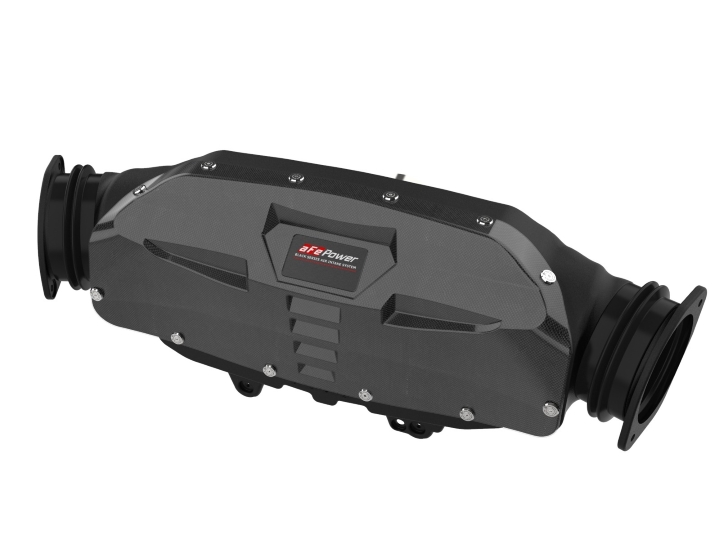 This intake is similar, though still quite different, than the carbon fiber cold air intake offered by aFe Power. The aFe intake (pictured above), which was released in 2020, features a lightweight carbon fiber construction that improves the look of the vehicle’s engine bay with the engine cover lifted. While the carbon look is certainly appealing, this intake is quite a bit more expensive than Halltech’s at $1,336.65 USD. The aFe intake also does not result in a claimed horsepower increase.