General Motors subsidiary Cruise has filed a patent application for a system designed to reduce motion sickness resulting from watching a media screen in a moving vehicle.

The new GM patent filing has been assigned application number US 2022/0020119 A1 with the United States Patent and Trademark Office (USPTO) and was published on January 20th, 2022. The filing was originally made on July 14th, 2020. It’s titled “Adaptive Adjustments To Visual Media To Reduce Motion Sickness,” and lists the inventors as Nestor Grace and Diego Plascencia-Vega of San Francisco, California, as well as Dogan Gidon of Berkeley, California. 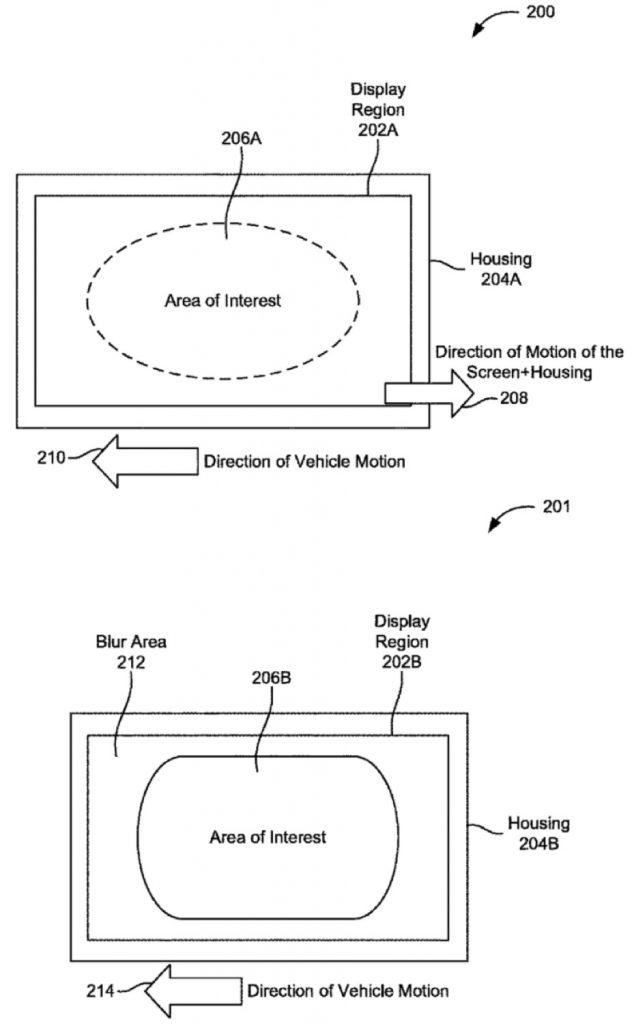 The way in which the patent technology reduces motion sickness when watching visual media in a moving vehicle is highly complex and technical, but basically, the system collects a range of data, such as movement information via a gyroscope, accelerometer, LiDAR, radar, and ultrasound, as well as data on the user, including tracking eye movements. Using this data, the system generates a “motion compensation signal” that adjusts the visual media in accordance with the movement of the vehicle, thus reducing potential motion sickness for the viewer.

This technology would be particularly useful for vehicles like the new Cruise Origin self-driving robotaxi, which is equipped with ceiling-mounted media screens providing information to onboard passengers, such as the trip itinerary. What’s more, with the advent of autonomous vehicle technology and self-driving vehicles, a system that can help to reduce visual media motion sickness will be particularly useful as passengers use newfound downtime while traveling for work and entertainment.

Cruise unveiled the Origin self-driving all-electric ride-sharing vehicle in January of 2020. Origin is roughly the size of a traditional crossover utility vehicle, and features two opposing bench seats in the cabin for passengers.