A prototype for the upcoming GMC Sierra AT4X off-road pickup has been caught testing by GM Authority spy photographers with what appears to be a high-clearance bumper similar to the one used on the 2022 Chevy Silverado ZR2. 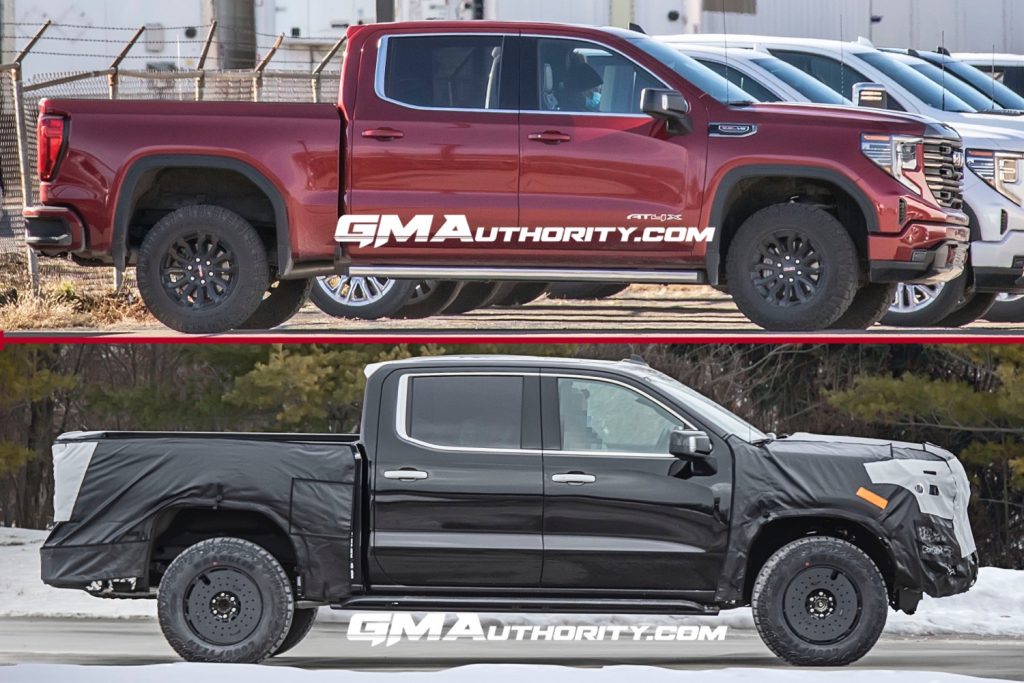 Our spies caught this camouflaged-clad prototype undergoing weather tests this week, and while the black vinyl coverings are hiding much of the pickup’s exterior, we can clearly see that it’s fitted with a high-clearance bumper that is much different than the one that was seen on the Sierra AT4X when it first debuted last year. This different bumper would likely enable improved approach and departure angles, reducing the chance it gets hung up or damaged on an obstacle and thereby improving the off-road capability of the Sierra AT4X. 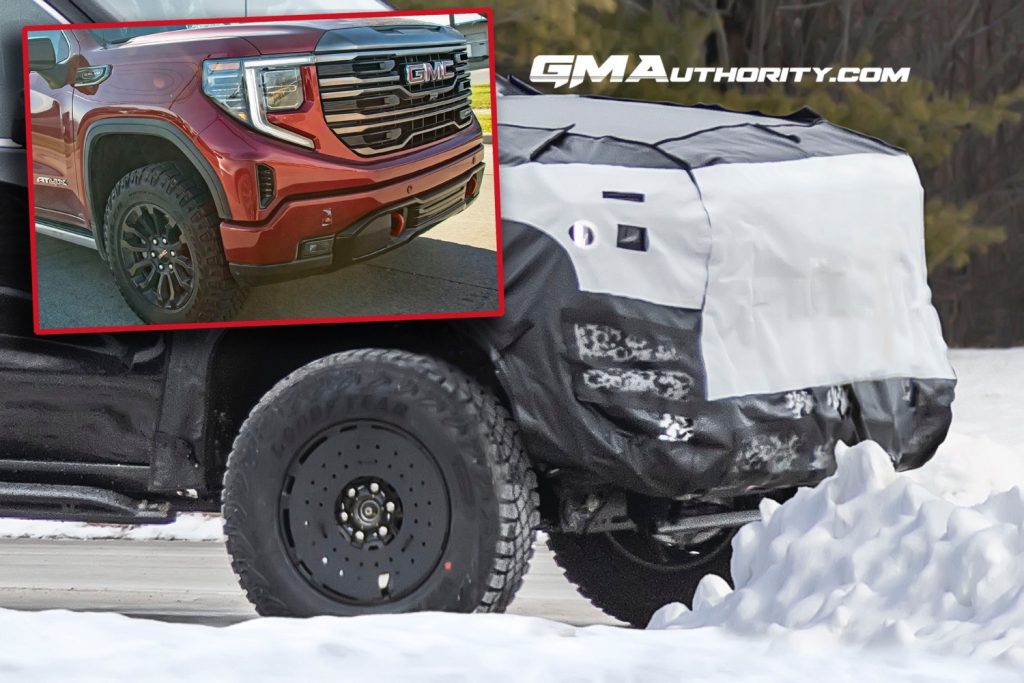 We were a bit surprised to see the Sierra AT4X was fitted with a chunky-looking bumper upon its debut, rather than a high-clearance bumper similar to the closely related Chevy Silverado ZR2’s. This latest prototype appears to have addressed that concern, suggesting a more minimalist front bumper will be used in the production model that improves the approach/departure angles and reveals more of the tire tread for a more aggressive appearance. 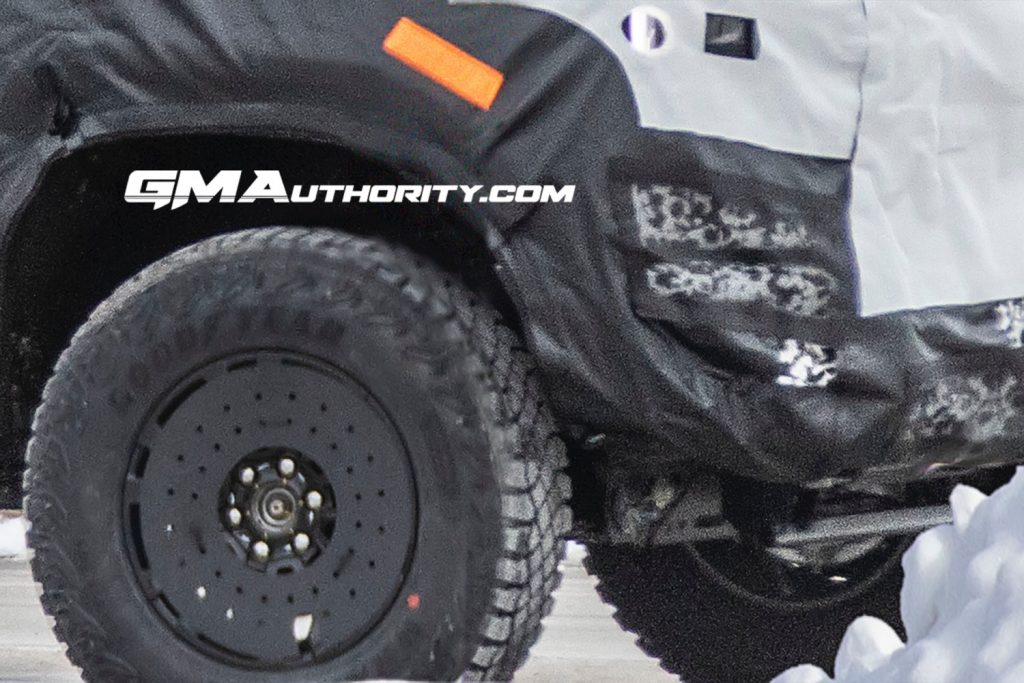 While GM Authority’s sharp-eyed photographers weren’t able to get super close to this prototype, it does appear to be wearing the same Goodyear Wrangler Territory MT tires that will come standard on both the Sierra AT4X and Silverado ZR2. The wheels have smoothed-over camouflage covers on them, however – a potential sign that GM is hiding a set of beadlock wheels beneath them, or some other innovation. This might suggest this vehicle is equipped with a future, yet-to-be-announced off-road package for the GMC Sierra AT4X that will bring more off-road focused equipment like the aforementioned high-clearance bumper and beadlock wheels, among more. Readers can bet GM Authority will have all the official details on this package when (or if) it’s officially announced. 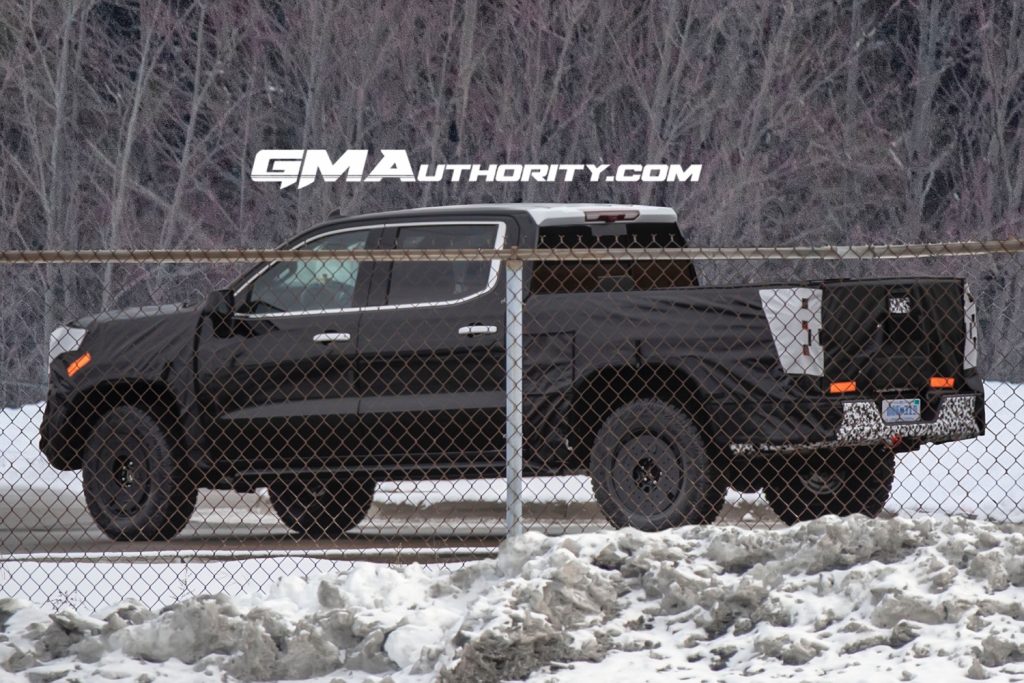 As a reminder, the 2022 Sierra AT4X will come equipped exclusively with GM’s naturally aspirated 6.2L V8 L87 gasoline engine, with output rated at 420 horsepower and 460 pound-feet of torque. Output is routed through a GM 10-speed automatic transmission and two-speed transfer case. Pricing for the Sierra AT4X will start at $74,995, with deliveries for the refreshed 2022 GMC Sierra 1500 set to ramp up this quarter.