A protest at the Ambassador Bridge in Windsor, Ontario, which connects the Canadian border city with Detroit, has not yet affected the GM supply chain.

Speaking to an Automotive News-affiliated publication on Tuesday, GM spokesman Dan Flores said the automaker had not experienced any supply chain setbacks due to the ongoing protest, although he said the automaker was “working closely with our logistics providers to mitigate any production disruptions.”

Flavio Volpe is the head of the Automotive Parts Manufacturers’ Association, a Canadian association representing OEM producers of parts, equipment, tools and other supplies for the auto industry. In a tweet sent out Tuesday morning, Volpe said the Ambassador Bridge blockage could create a daily shortage of about $300 million in goods and raise parts prices on both sides of the border.

In an interview, Volpe told Automotive News the Canadian auto industry could only withstand a two-day closure of the major international crossing before it began to run into supply chain disruptions. Police have managed to keep one lane open, allowing passenger car traffic to enter the United States, however traffic coming into Canada from the U.S. is entirely blocked. 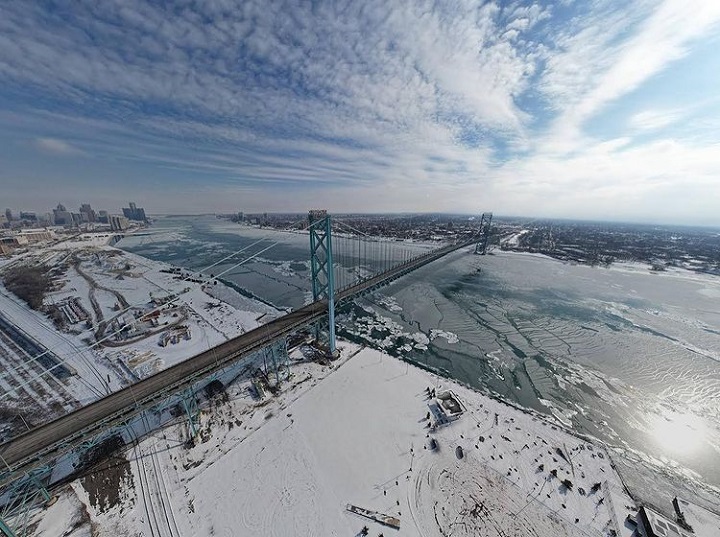 In a statement released Tuesday, Windsor Mayor Drew Dilkens said the city was working with the police to “resolve this issue safely and peacefully,” and said the city “will not tolerate this level of disruption for long.”