GM has filed a patent application for a new type of safety restraint that may be used in its future fully autonomous vehicles.

This GM patent filing has been assigned application number US 11/225/216/B1 with the United States Patent and Trademark Office (USPTO) and was published on January 18th, 2022. It’s titled “blanket airbag with integrated seatbelt system” and lists Chin Hsu-Lin, Yi-pen Cheng, Scott D. Thomas, Gary L. Jones, and Paul E. Krajewski as the inventors. 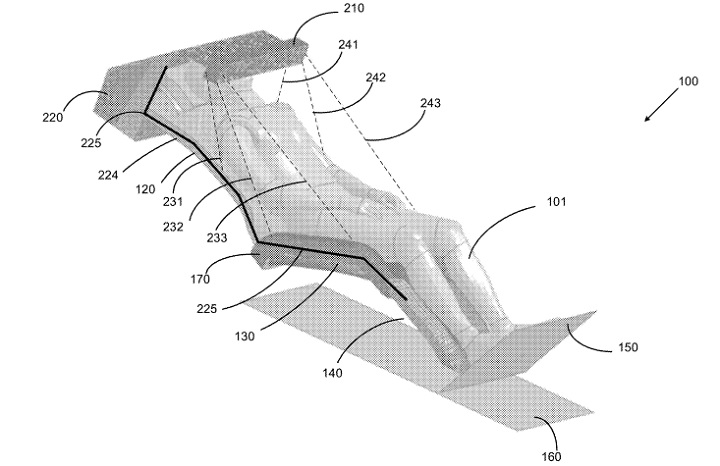 The patent application describes a so-called “blanket airbag,” safety restraint system that is to be used in vehicles that feature a seat “configured to move between a substantially reclining position and a substantially sitting position.” The document describes the seat as having a dedicated compartment to store the blanket airbag, which would be located near the head of the passenger. In the event of a collision, the blanket airbag would eject from the enclosure and “substantially cover,” the body of the passenger, while separate electromechanical restraints would also deploy with the blanket to secure the passenger in. This system would ensure the driver is protected by a seatbelt and airbag in the event of a collision even if they were laying down in the reclined seat unbuckled. 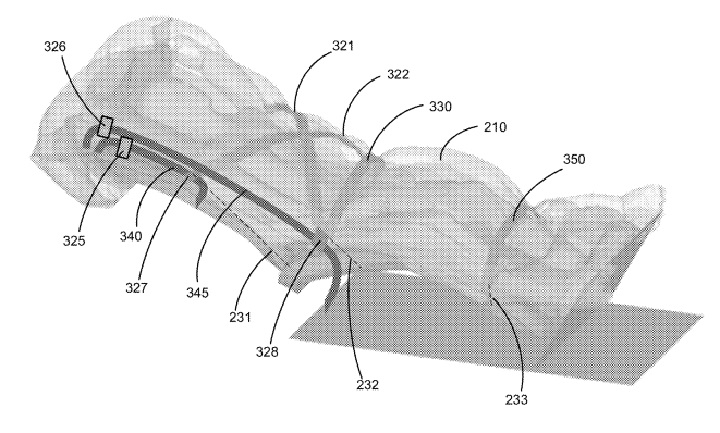 Such a system wouldn’t make much sense in a regular automobile for a number of reasons. For starters, very few production cars feature seats that are able to recline far back as is shown in the patent diagrams. Regular vehicles can also utilize traditional seatbelts and airbags, as they feature normal vehicle seats, a standard cabin design and a regular steering wheel.

Future autonomous vehicles, like the Cadillac Innerspace Concept for example, may want to make use of seats that substantially reclined, however, and may also be more difficult to install traditional airbags in. This design could serve as a solution to both, then, ensuring occupants are safe even if a traditional dashboard, pillar or side-curtain airbag cannot be used. It would also offer some additional peace of mind to passengers, allowing them to comfortably fall asleep in the vehicle without worrying about their safety in the event of a crash. 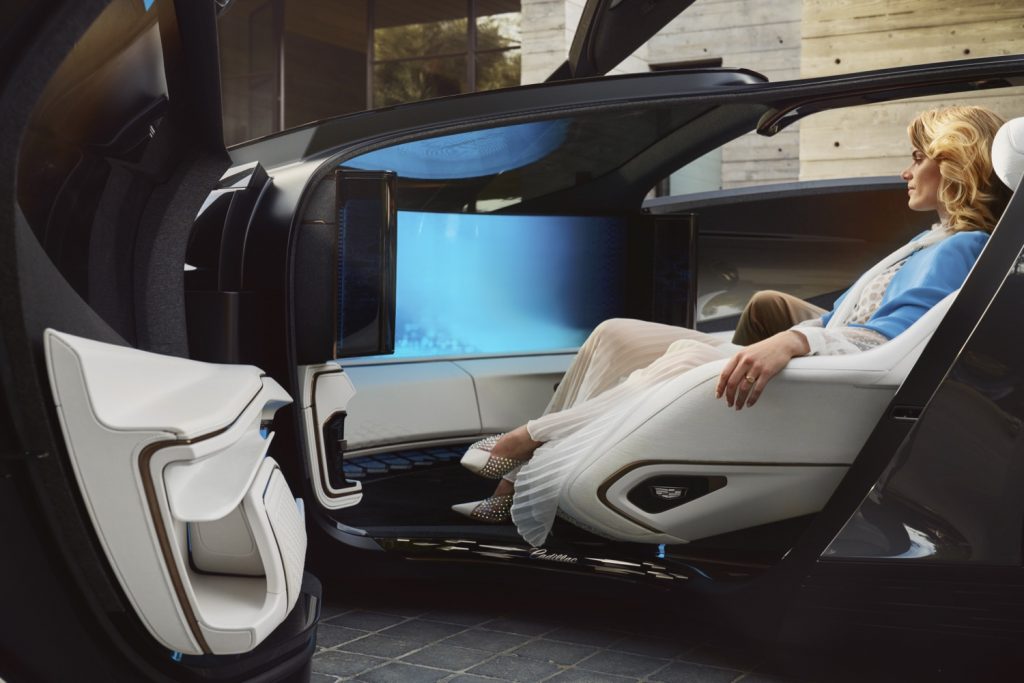 This isn’t the first AV-related patent application GM has filed in recent months. It also filed to patent a system that would automatically detect when an autonomous vehicle’s seatbelts have become damaged or frayed, allowing to easily monitor an AV’s safety systems remotely. Such a system could be used on a mass-market EV like the Cruise Origin, which will enter production at its Factory Zero plant in Michigan next year.