Carbon fiber is an extremely popular material for performance applications like sports cars and race cars, offering an impressive combination of high strength and low weight. However, what would it look like when applied to the body of the GMC Sierra pickup truck? Now, one digital artist has answered that question with the following rendering images. 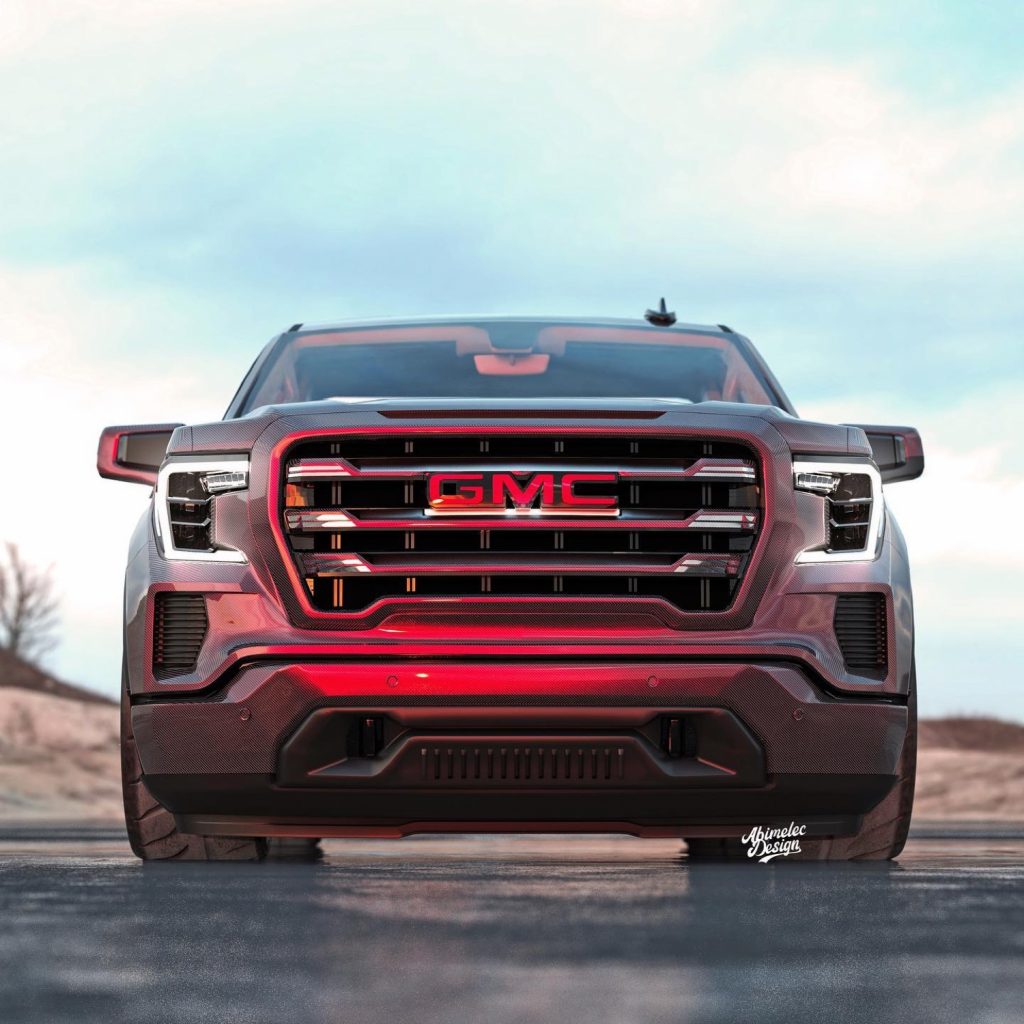 These new rendering images were created by Abimelec Arellano, who decided to create the composite GMC Sierra after seeing the reaction that he generated with a rendering of a blue-tinted, carbon-fiber bodied Chevy OBS truck.

The new rendering applies the same carbon fiber goodness to the pre-refresh GMC Sierra 1500, as opposed to the revised styling of the updated 2022 GMC Sierra 1500 that made its debut in October of last year. As such, this rendering has a grille insert with two “tabs” placed along the lower edge, as well as C-shaped lighting signatures with sharper angles outlining the primary lighting bits. 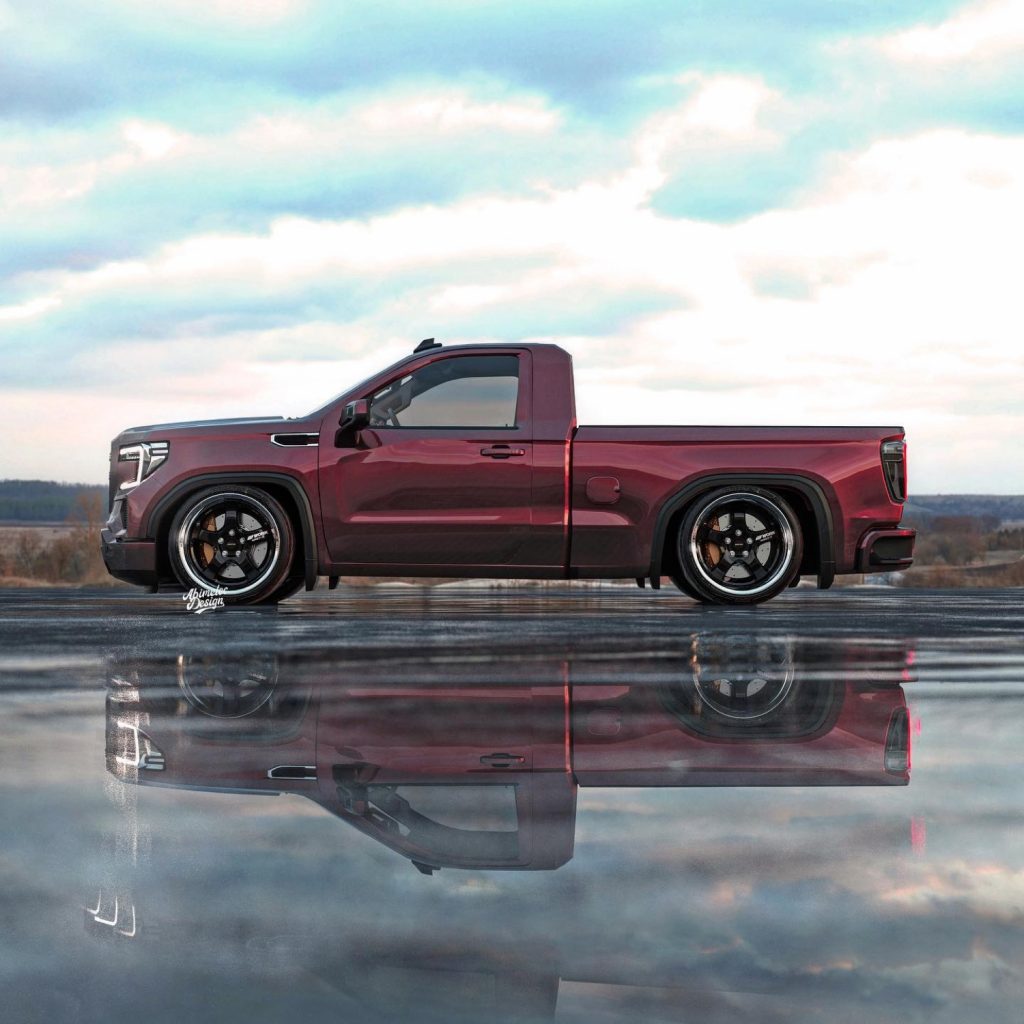 The artist chose to apply the carbon body to a regular cab, short bed body style (set to return with the 2022 model year refresh), one of the more lusted-after body styles among enthusiasts – especially those with a penchant for performance.

The body panels look great in carbon fiber, with a red-tinted hue that adds an attractive sheen depending on the lighting. The red carbon fiber is offset by black trim around the wheel wells, the front bumper, and elsewhere in the body, giving the lines a more aggressive aesthetic that simply begs for attention. 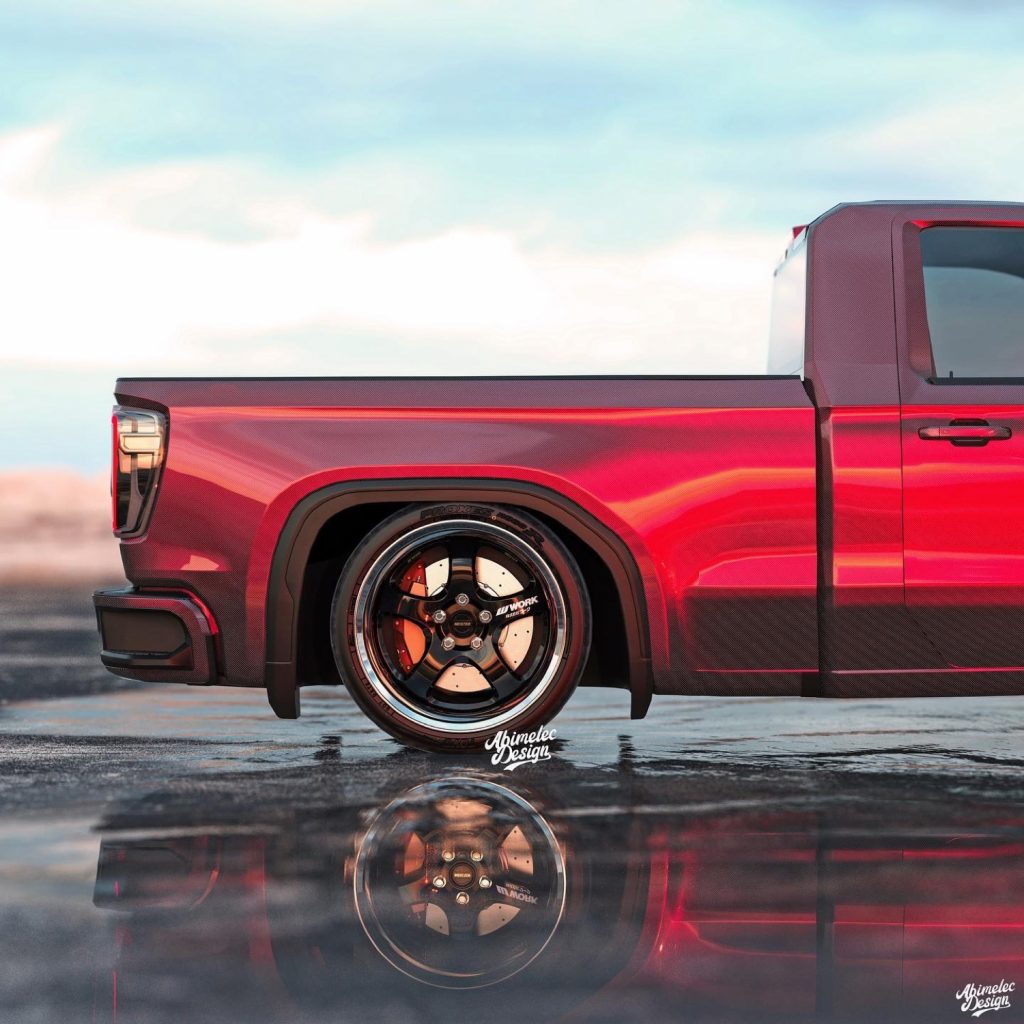 To top it off, the artist lowered the GMC Sierra’s stance, giving the truck some added street appeal. The body is dropped over a set of Work Meister S1R wheels, which are wrapped in rather beefy Toyo R888 tires.

Throw a supercharger under the hood, and we think this GMC Sierra has what it takes to be a real showstopper. Check it out for yourself in the pictures below: