The 2022 Chevy Corvette was among the top ten fastest-selling vehicles in January 2022, according to a recent study conducted by market research firm iSeeCars.

The mid-engine sports car spent an average of 17.4 days on dealer lots before finding a buyer in January, making it the sixth fastest-selling vehicle for the month. The fastest-selling vehicle overall was the Kia Telluride, which spent an average of 12.8 days on the lot before being sold. The Toyota Corolla was second (15.5 days) followed by the Toyota Sienna (16.5 days), Acura MDX (16.7 days) and Toyota Ford Maverick (16.8 days).

Demand for the C8 Corvette Stingray has been extremely high following its introduction for the 2020 model year. Lower than usual production output at the GM Bowling Green Assembly plant in Kentucky has compounded with high demand to make the vehicle very hard to come by. For this reason, the Chevy Corvette managed to remain in the top ten of the fastest-selling vehicles in the winter month of January, when sports cars typically sell a bit slower. 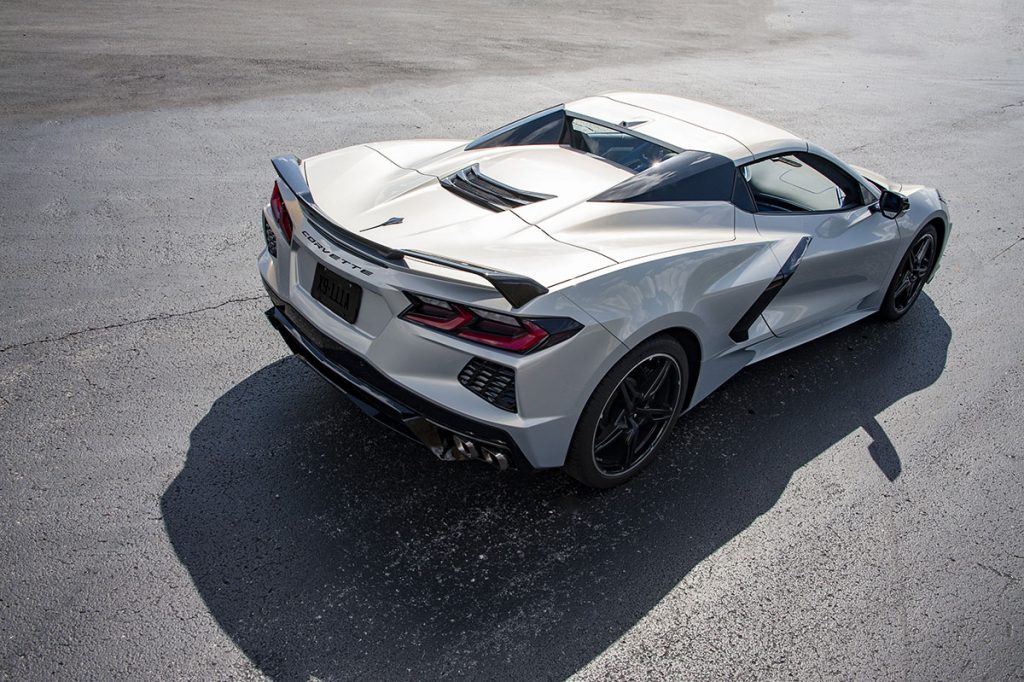 While the Chevy Corvette is selling a bit more slowly now than it did last summer, for example, it remained the most expensive vehicle in the list of the top ten fastest-selling nameplates. The average transaction price for the mid-engine sports car last month stood at a very high $98,597. The next most expensive vehicle in the top ten was the Lexus GX 460, which sold for an average of $61,986.

Production of the 2022 Chevy Corvette Stingray began at the GM Bowling Green Assembly plant around September 6th, 2021. Pricing for the 2022 Corvette Coupe in the base 1LT trim level starts at $62,195 including destination and freight charges, while the Convertible starts at $69,695 with DFC.