During the complete 2021 calendar year, Trailblazer sales increased about 163 percent to 90,161 units.

During the complete 2021 calendar year, Trailblazer sales increased about 207 percent to 7,641 units.

During the complete 2021 calendar year, Trailblazer sales decreased about 12 percent to 18,286 units.

Chevy Trailblazer posted the smallest percentage decrease in sales volume in its segment among those models with negative sales, falling 6 percent to 16,263 units. That places it in a respectable fifth place in a very crowded field of 20 entries.

The Honda HR-V continued to lead the pack with a 43 percent increase in sales volume to 31,692 units. Next was the Hyundai Kona with an 18 percent decline in sales to 19,141 units. Third place went to the Nissan Kicks, which had a segment-highest jump of 237 percent to 18,225 units, while fourth place went to the Jeep Compass with a 42 drop in sales to 17,613 units. The Trailblazer followed in fifth, while all other segment contenders posted less than 15,000 deliveries.

The four GM vehicles in the mainstream subcompact crossover segment – the Chevrolet Trax and Buick Encore, as well as their corporate cousins, the Chevrolet Trailblazer and Buick Encore GX – accounted for a cumulative 28,420 deliveries, good for 14 percent segment share. Both numbers trailed the segment-leading HR-V, meaning Honda’s lone entry outsold all four of GM’s offerings combined.

By comparison, the three Stellantis rivals – the Jeep Compass, Jeep Renegade and Fiat 500X – accounted for a cumulative 22,994 deliveries for a combined 12 percent segment share.

However, a strong argument can be made that the Kia Soul is not part of the segment in question, but is rather in a segment below based on its size and price point. Removing the Soul from the Hyundai-Kia totals nets 41,573 deliveries for a combined 22 percent segment share. That still means that the Hyundai-Kia duo commands a fifth of the segment by units sold and by share.

The mainstream subcompact crossover segment contracted 20 percent to 199,014 units during Q4 2021, with Trailblazer sales outperforming the segment average, despite the decline.

A fifth place in segment finish for Chevy Trailblazer during Q4 2021 is a respectable showing among a very crowded and competitive field of 20 entries.

And even the Trailblazer gained a percentage point in segment share, its 8 percent slice would be much higher if GM could make enough of the Bow Tie brand’s popular subcompact crossover. For example, Trailblazer supply was very low during 2021, with inventory continuing to suffer as a result of the ongoing global microchip shortage that’s expected to diminish later this year.

As one solution for mitigating the situation, GM is changing the way in which dealers order the Chevy Trailblazer and Trax for the 2022 calendar year, moving from a regular “consensus” model to a “port consensus” model. Simply put, port consensus involves GM building the vehicles that it thinks are needed or the vehicles that it is able to build within the confines of constraints before shipping them to port. Once vehicles arrive at the port from the the GM Bupyeong plant in South Korea, dealers can then pick and choose which models they desire for their inventories. This process stands in stark contrast to the typical “consensus” approach in which dealers have more say in which models are built and, therefore, which models they receive prior to the vehicles’ production.

As The General continues to work on stabilizing Trailblazer production, sales should improve in 2022 and 2023. But with so many entries, competition remains fierce. Combined Hyundai-Kia sales commanded a fifth of the mainstream subcompact crossovers segment, something that was almost inconceivable at the turn of the decade. Meanwhile, Honda’s HR-V sold more than all of GM’s four entries combined. In late 2020, Volkswagen introduced the 2022 VW Taos as a rival to the Trailblazer, and Stellantis did the same last summer with its refreshed 2022 Jeep Compass. Sales of the Compass started late last fall, so its impact may be felt more in the upcoming sales cycle. 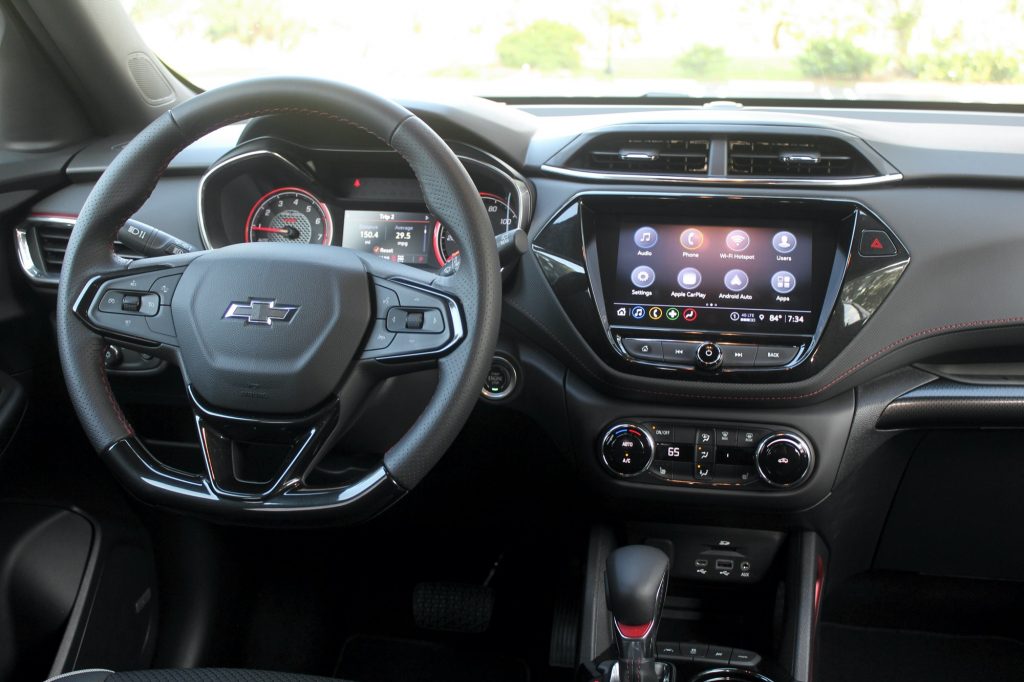