The Chevy K5 Blazer debuted as a 1969 model year competitor to the Ford Bronco and International Harvester Scout. The K5 Blazer was larger than either of its competitors, built on a shortened K10 pickup truck frame. Only available with four-wheel drive for 1969, the Blazer was offered with either two- or four-wheel drive beginning with the 1970 model year. The first-generation Chevy K5 Blazer ran from 1969 to 1972. 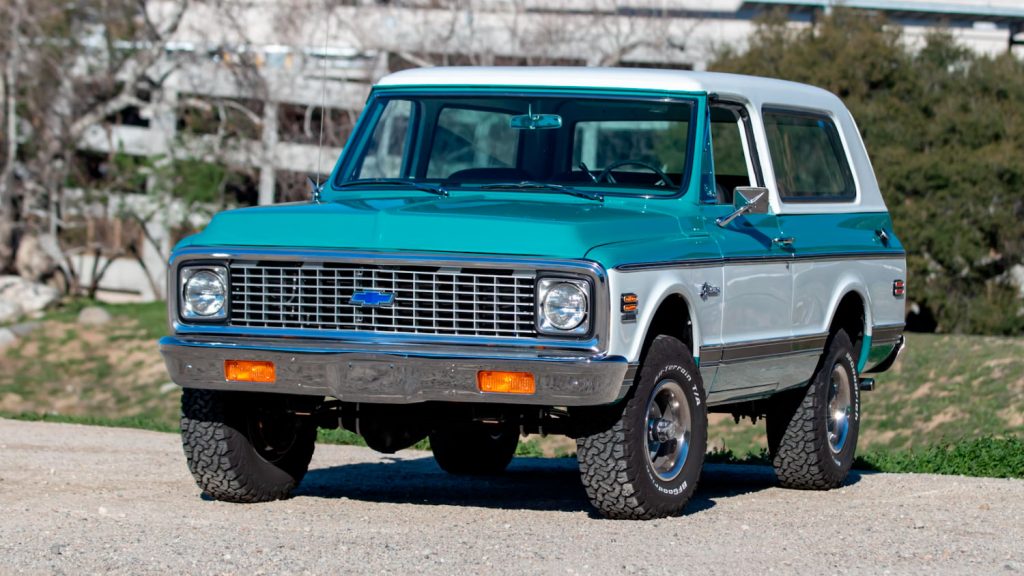 Our feature 1971 Chevy Blazer has spent its entire life in the dry climes of California and Arizona. It has been the subject of a fastidious, nut-and-bolt, two-year-long restoration, and has covered a scant seven hundred miles since completion. Every part was cataloged, evaluated, and marked for either rebuild/refinishing or replacement. All body panels were removed, stripped, prepped, and refinished in correct two-tone Turquoise and White by known Porsche specialist painter Steve Cognato. Chrome bumpers and trim were re-plated, and the stainless trim was all polished to the correct factory sheen. 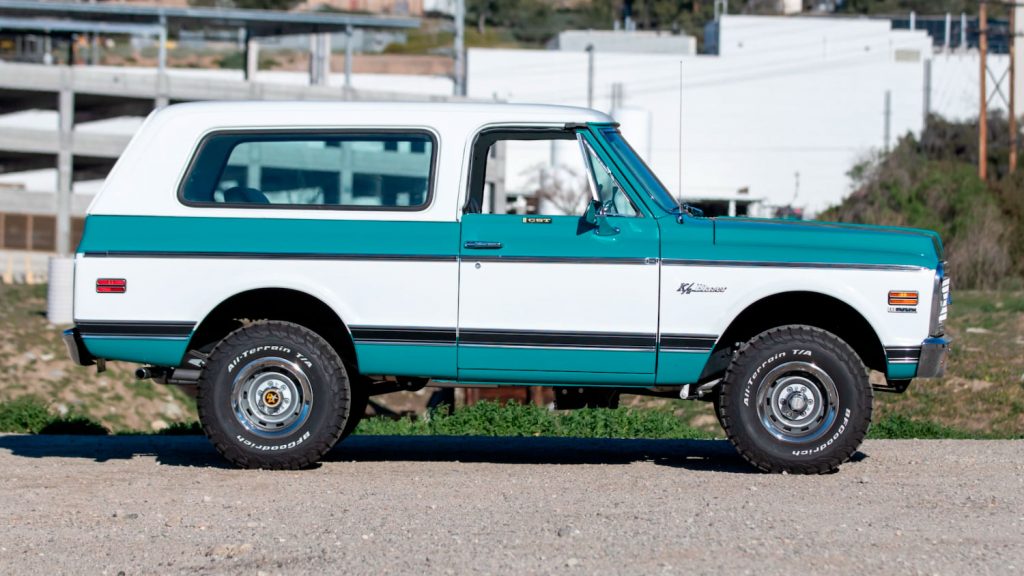 The factory glass has been replaced with new. The brakes are new, and every bit of the suspension has been rebuilt or replaced. The Blazer rolls on factory Rally wheels wrapped in raised-white-letter BFGoodrich All Terrain tires. 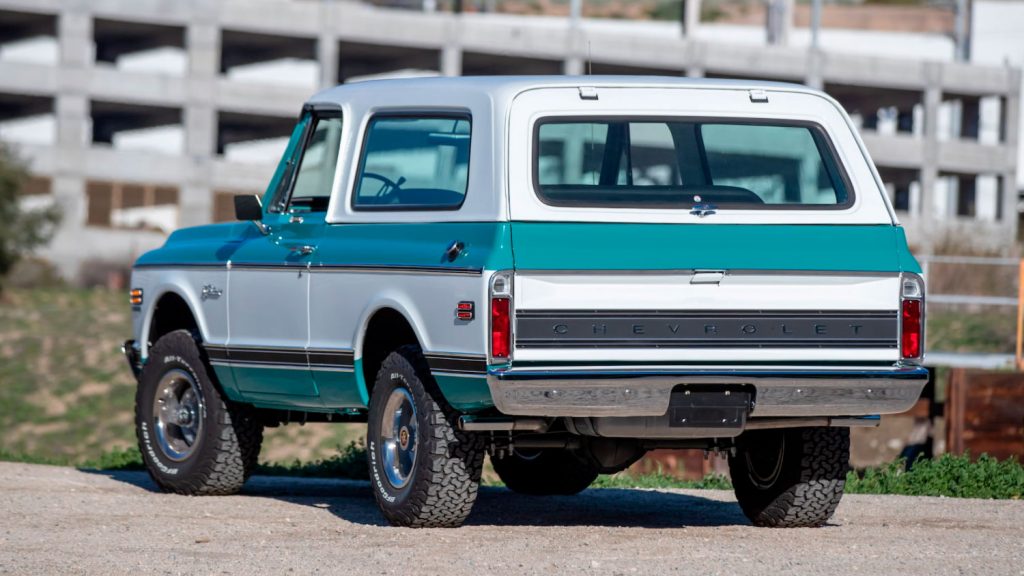 Inside the Chevy Blazer, the seats were rebuilt with new foam and springs, and dressed in new black leather/black and white houndstooth check seat covers. The carpet is Porsche square weave carpeting. The factory AM radio is present, but has been converted to AM/FM/Bluetooth whilst keeping the original appearance. Instruments are crisp, having been restored when possible, or replaced. 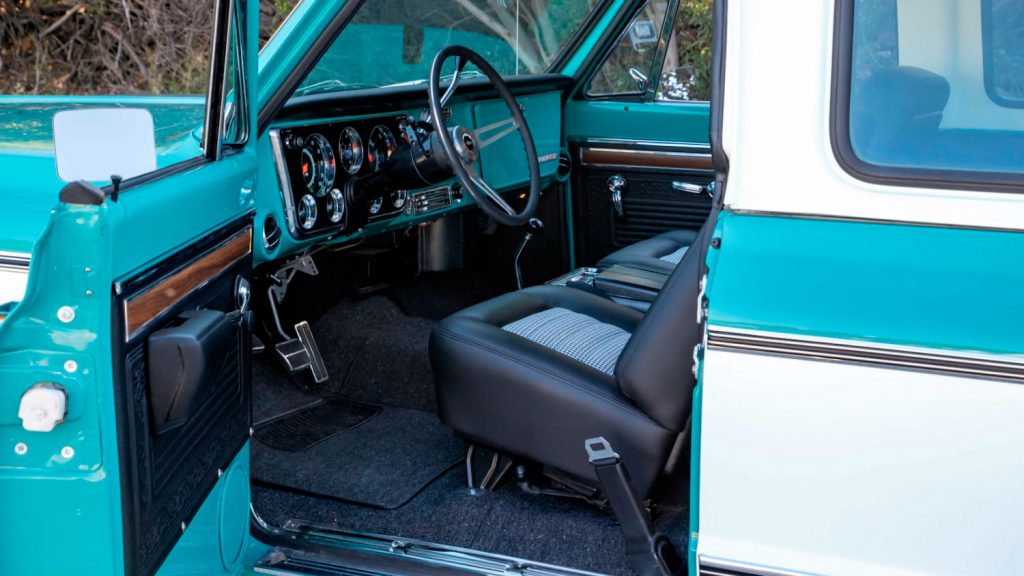 The engine bay on the Chevy Blazer is largely correct and complete, save for the addition of modern air conditioning. The original 350 cubic-inch V8 was rebuilt by Burbank Speed and Machine, while the three-speed Turbo Hydramatic automatic transmission and power take-off received attention from Action Transmission. 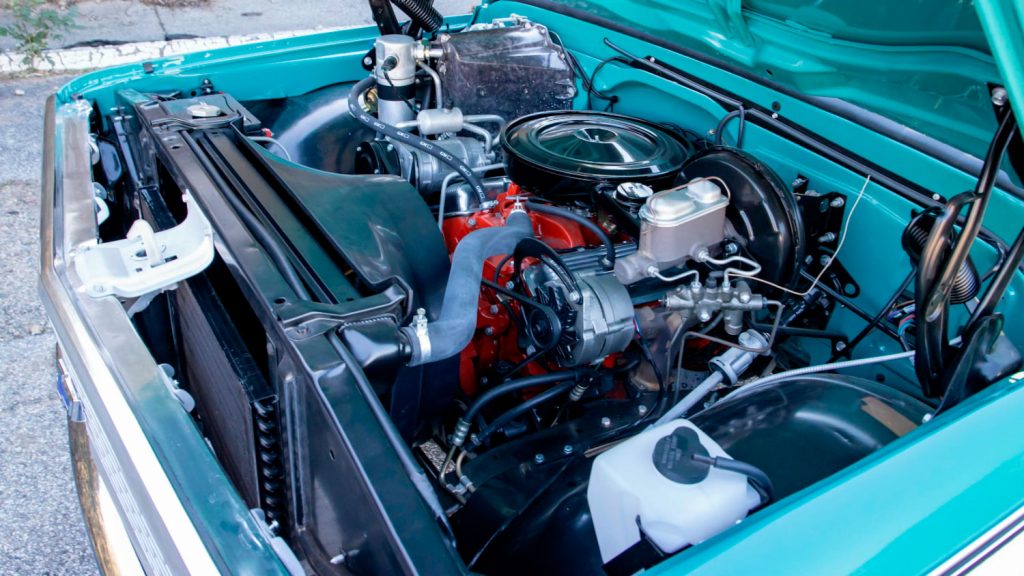 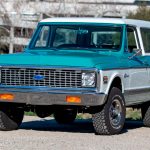 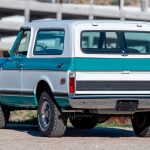 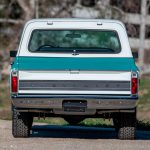 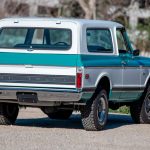 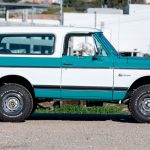 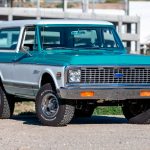 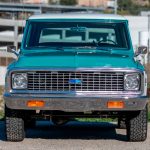 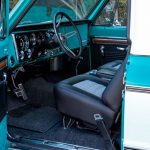 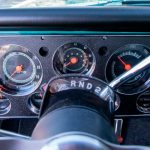 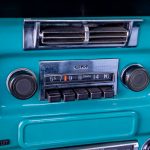 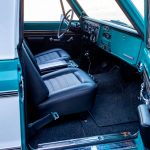 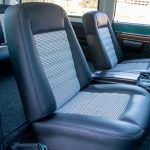 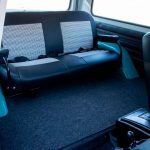 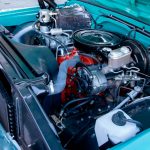 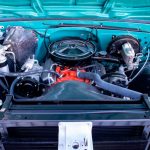 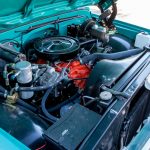