Some wagons are made to haul the kids to school, but this one is made to haul at the drag strip. This Pro Mod 1993 Chevy Caprice wagon was built by Steve Morris and throws down 4,500 turbocharged horsepower, and now, we’re getting a closer look thanks to the following video. 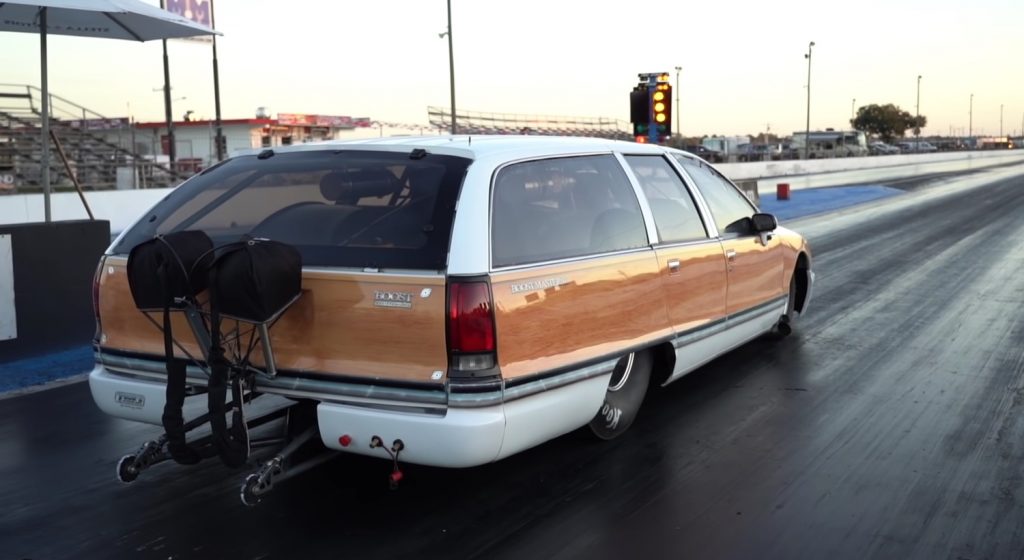 Morris’ Chevy Caprice was spotted at Sick Week 2022, which includes drag racing and test-and-tune events for enthusiasts to enjoy across Florida. The video is about 14 minutes long, with Morris’ wagon first showing up at the five-minute, 42-second mark.

After running down the strip, Morris gives us a rundown on the wagon’s history and setup. Morris first purchased the Chevy Caprice in 1999, and was immediately enamored with the enormous, long-roof body style. The wagon started as a street rod with the appropriate running gear and lowered stance, but, unsurprisingly, the engine builder eventually decided to go racing with it.

The car started its racing career with a ProCharger under the hood, plus 315 radial tires. It used to be painted silver as well. However, Morris promptly blew it up, and took some time to iron out the kinks. 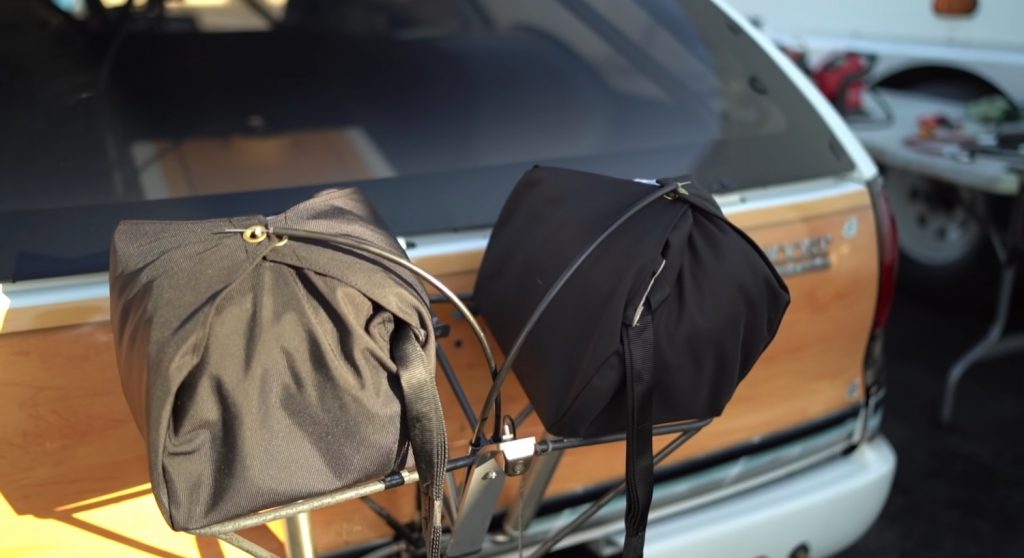 In 2013, Morris decided to step it up to a full-blown Pro Modified build. It took nine years to put together, but now, Morris says he’s very satisfied with the results.

The exterior was repainted, including the stylish wood siding. The Chevy Caprice retains the stock steel body panels, although the hood was replaced with a fiberglass unit and the glass was replaced with Lexan. The car is still heavy, but it is definitely lighter than it was. A set of NACA ducts in the hood feed the turbos, while a wicker bill was added along the roof, which helps to keep the car planted, but reduces the airflow into the twin parachutes in the rear. 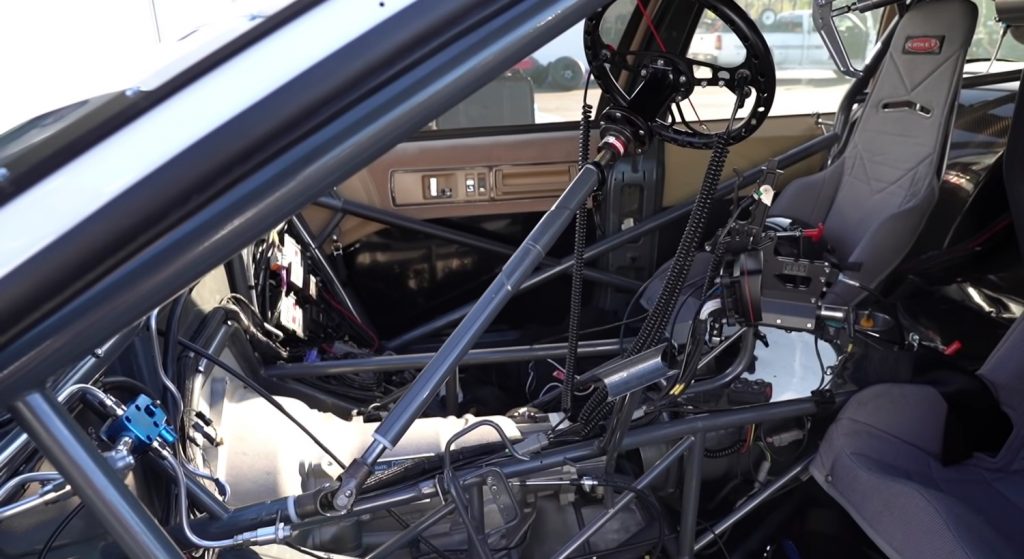 Inside, we see extensive cage work and a set of Kirkey racing seats. The way the cage is set up, the driver must enter front door and sit in the rear, with the seating position far to the rear.

As for the power spec, this Chevy Caprice is running a Steve Morris SMX engine capable of producing over 4,500 horsepower.

Check it out here: