The next-generation 2023 Ford Ranger Raptor has made its official debut, arriving as a direct answer to the Chevy Colorado ZR2 and GMC Canyon AT4X. 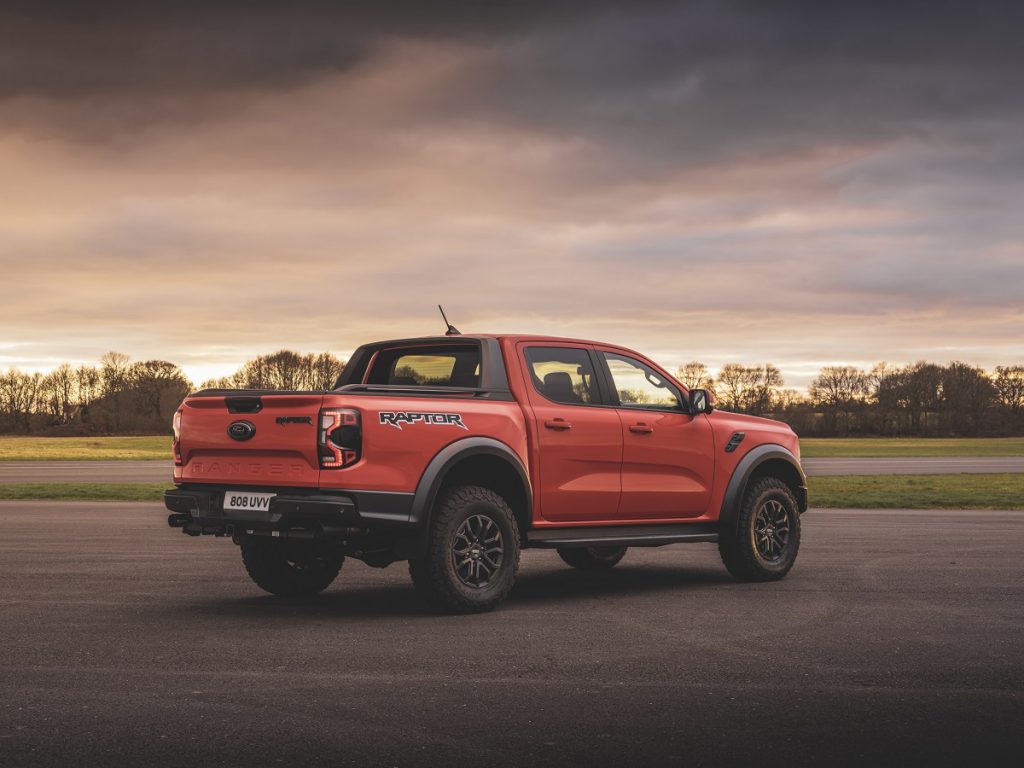 The 2023 Ford Ranger Raptor, which was shown in European specification this week, is powered by a 3.0-liter twin-turbocharged V6 engine producing 284 horsepower and 362 pound-feet of torque. Additionally, the 2.0-litre EcoBlue bi‑turbo diesel engine will continue to be available in the European-spec Ranger Raptor from 2023, although technical details on this updated version of the oil burner are not yet available. To be clear, these engine options and power figures are specific to the European-spec model, and we anticipate the North American model will have slightly different specifications and/or offerings. 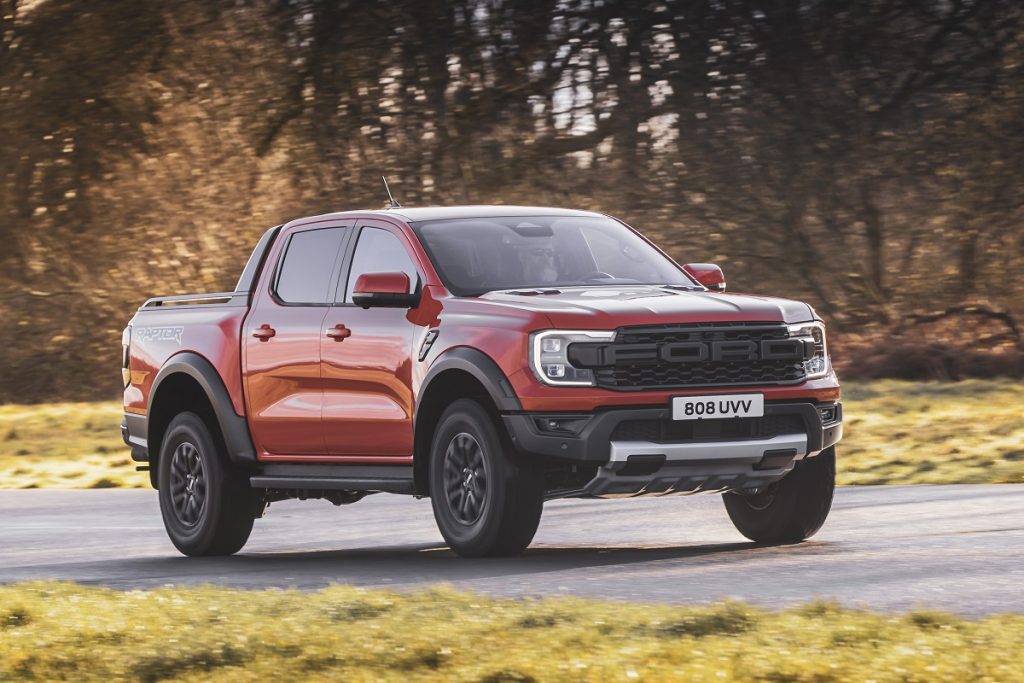 Power in the off-road-ready mid-size pickup is sent to a new full-time four-wheel-drive system with a two-speed transfer case through a 10-speed automatic transmission. The pickup also features front and rear locking differentials, a selectable drive mode system with an off-road-focused Baja mode and Ford’s TrailControl system, which essentially acts like cruise control for rock crawling, automatically managing the vehicle’s throttle and brake inputs as it traverses rocks and other obstacles. 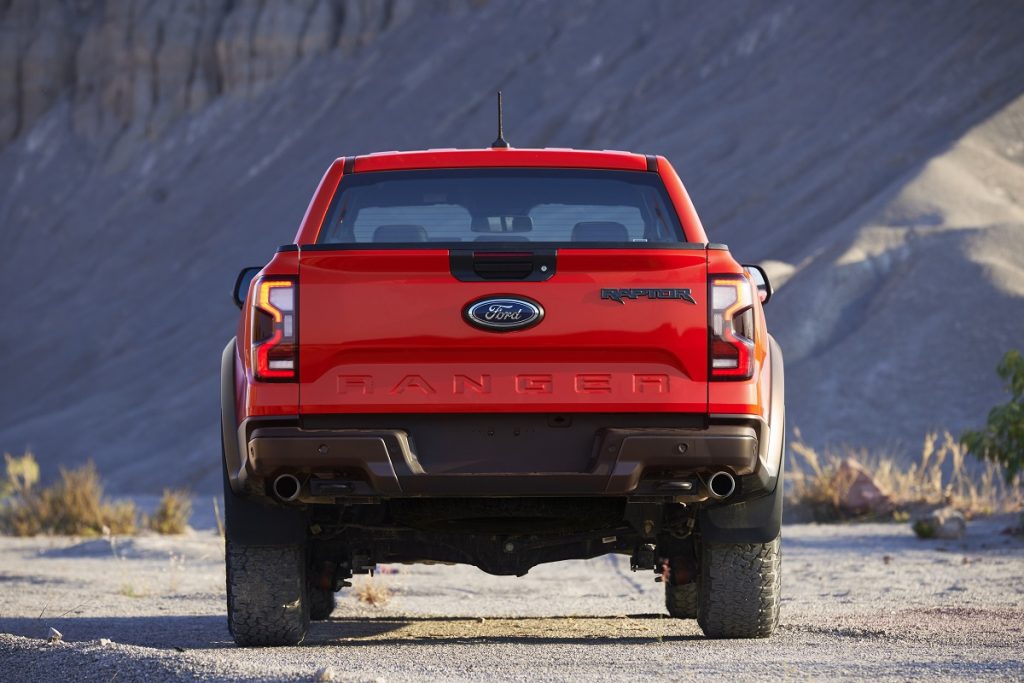 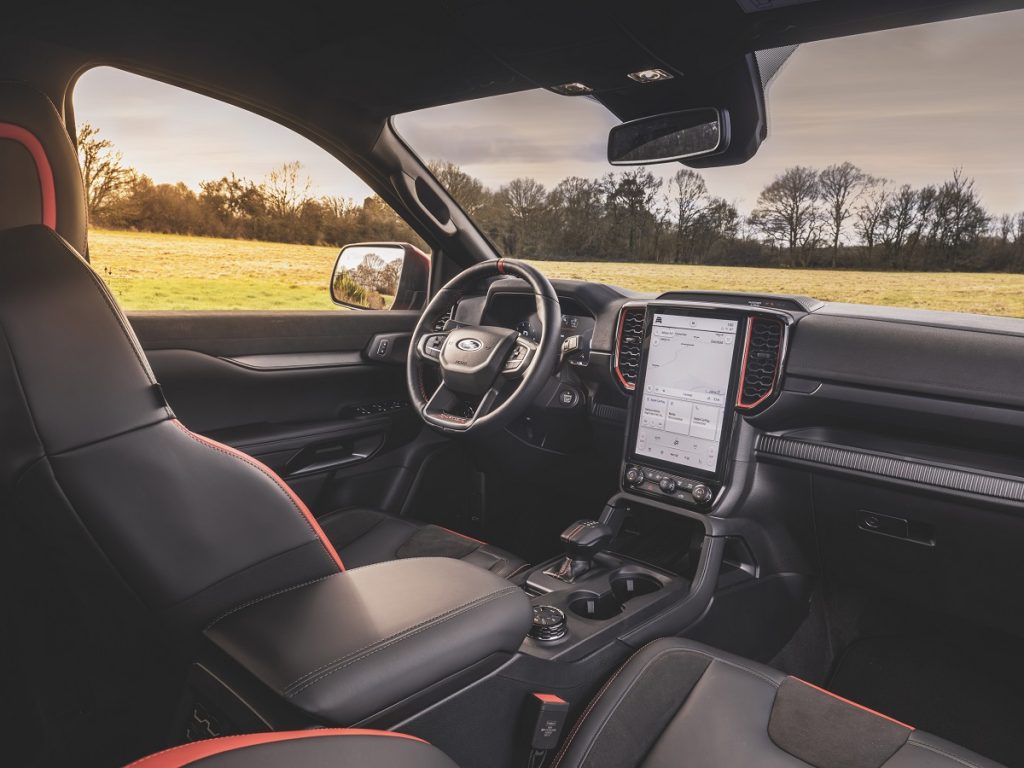 Inside, the truck will come with a 12.4-inch digital instrument cluster and a 12-inch touchscreen display with Ford Sync 4 and Apple CarPlay/Android Auto. A 10-speaker Bowers and Wilkins sound system is also standard.

European customer deliveries of the 2023 Ford Ranger Raptor will commence in late 2023. We expect Ford to release information on the North American-spec model sometime in the near future.