General Motors revealed the 2023 Cadillac Escalade-V late last month, pulling the sheets off the much-anticipated high-performance variant of the popular luxury SUV. Now, GM Authority has exclusive footage of the new Escalade-V starting up and revving, giving us an earful of the go-fast Caddy as it spits out V8-powered glory.

As soon as the 2023 Cadillac Escalade-V fires up, it’s more than apparent that this thing an absolute beast. In fact, GM Authority was the first to report exactly that back in May of 2021 when we characterized the exhaust note as menacing.

But perhaps that adjective does not quite do it justice. As we can hear from the video, the 2023 Cadillac Escalade-V sparks to life with a deep rumble, the revs quickly settling into an aggressive tone at idle. Then, the driver punches the throttle, emitting a crackling frequency that promises some impressive performance when translated into forward motion. The blacked-out, quad, trapezoidal exhaust tips spit out condensation and carbon dioxide with purpose. 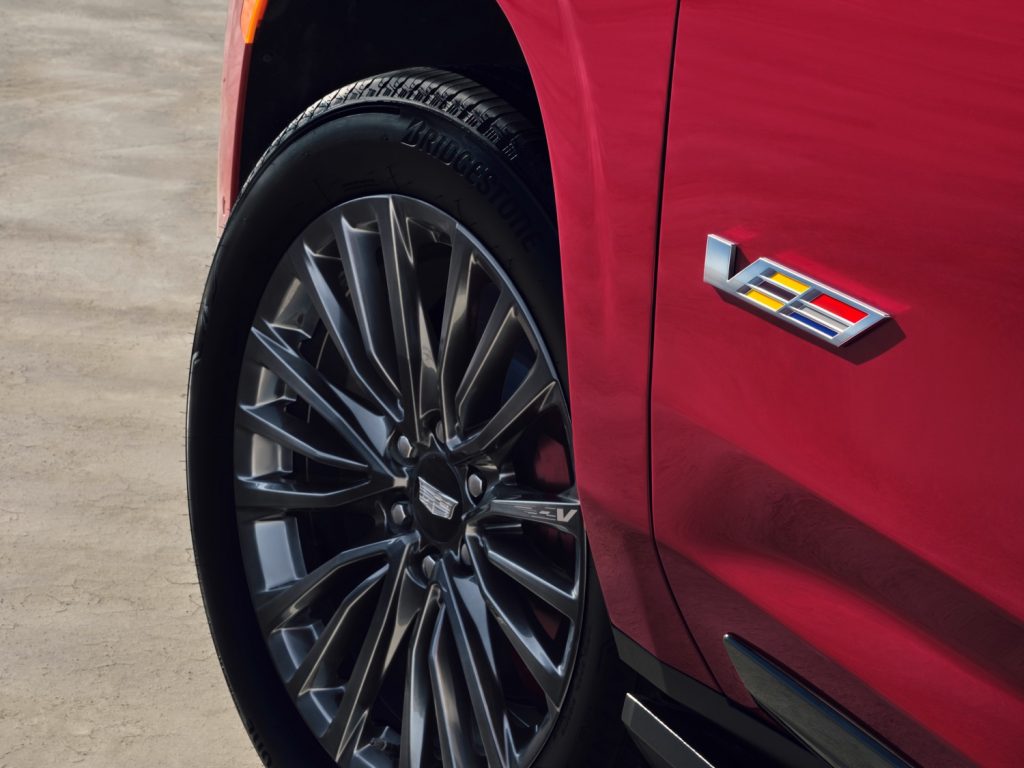 It’s also worth noting that the Escalade-V will feature Dual-Mode Exhaust, which features flaps inside the vehicle’s exhaust pipes controlled from within the cabin. Opening the flaps delivers a more aggressive note, like the one heard in this video, while closing them results in a quieter one.

Regardless, the source of all that good stuff is GM’s supercharged 6.2L V8 LT4 gasoline engine, the same engine found in the Cadillac CT5-V Blackwing, Chevy Camaro ZL1, C7 Corvette Z06, and third-generation Cadillac CTS-V. Official output numbers for the Cadillac Escalade-V have yet to be revealed, but GM Authority sources indicate it will be at least 640 horsepower. GM’s 10-speed automatic transmission will be on hand to send power to the ground.

The additional muscle will be reflected with minor yet noteworthy modifications to the styling and design, such as a revamped lower front fascia, unique multi-spoke wheels with a dark finish, plus a body-color rear valance sandwiched between the aforementioned quad exhaust tips. Inside, we expect a sporty steering wheel and several other performance-oriented upgrades. 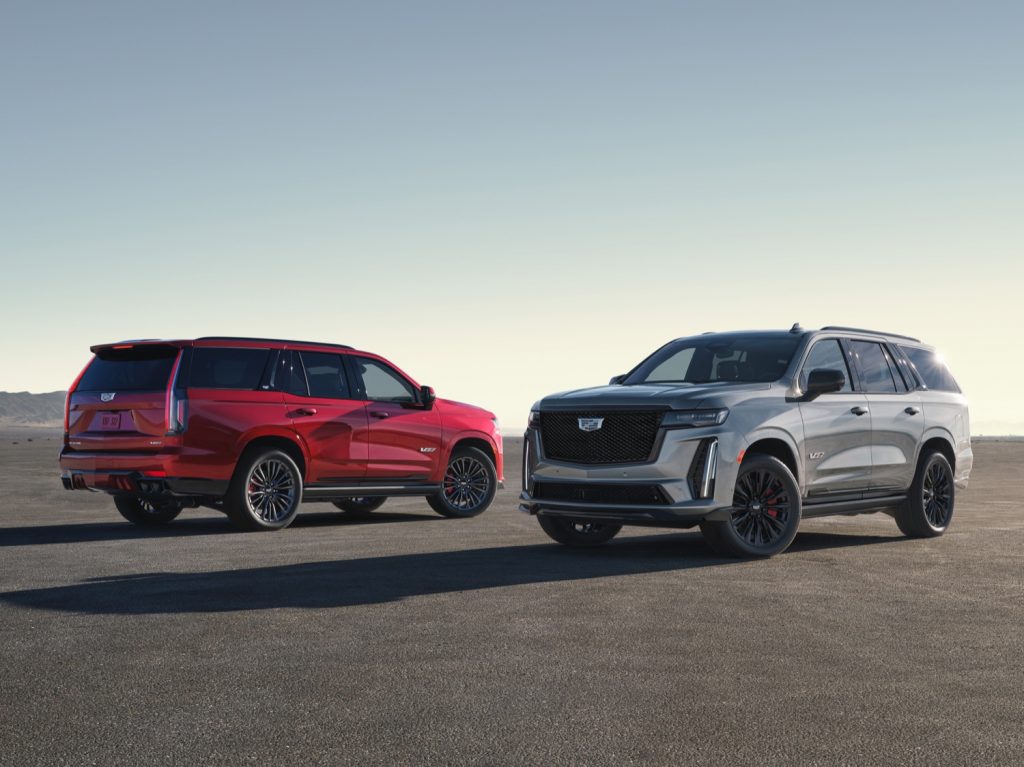 Further mechanical modifications over non-V Escalade models will include beefier brakes and new suspension bits, the latter of which will incorporate Magnetic Ride Control with special tuning.

General Motors has yet to release the full rundown on the new 2023 Cadillac Escalade-V, so stay tuned for more, and make sure to subscribe to GM Authority for more Cadillac Escalade news, Cadillac news, and around-the-clock GM news coverage.