A prototype for the upcoming 2023 Alfa Romeo Tonale has been caught undergoing cold weather tests by spy photographers. 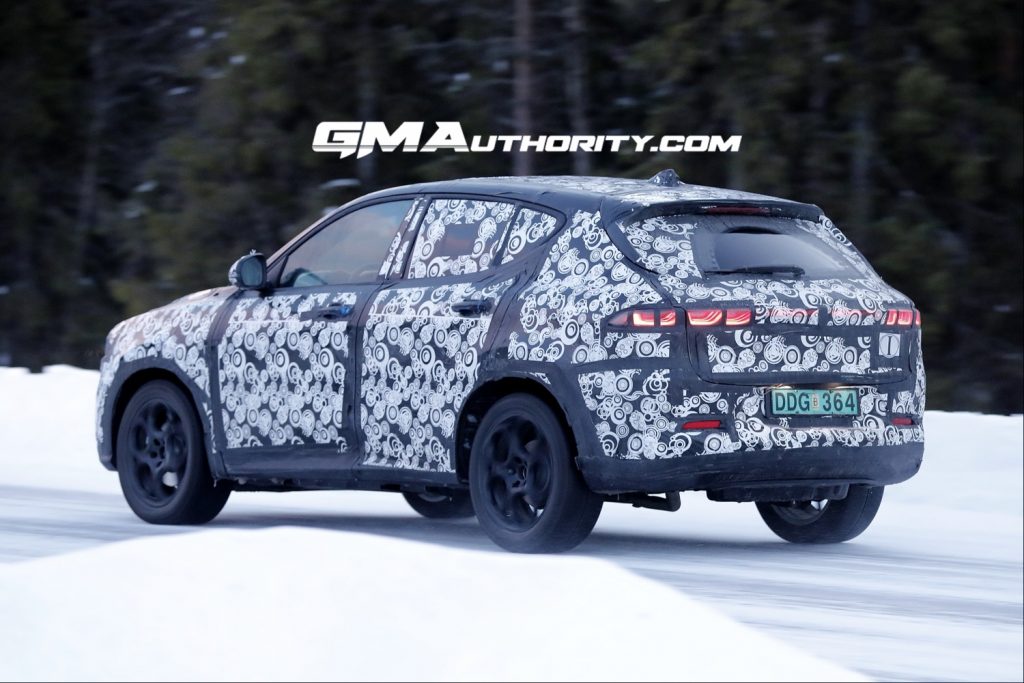 The Alfa Romeo Tonale is a future subcompact luxury crossover from the Italian manufacturer that will act as a direct rival to the Cadillac XT4 and Buick Envision. This will be the second crossover in Alfa’s lineup after the compact Stelvio was introduced for the 2017 model year. 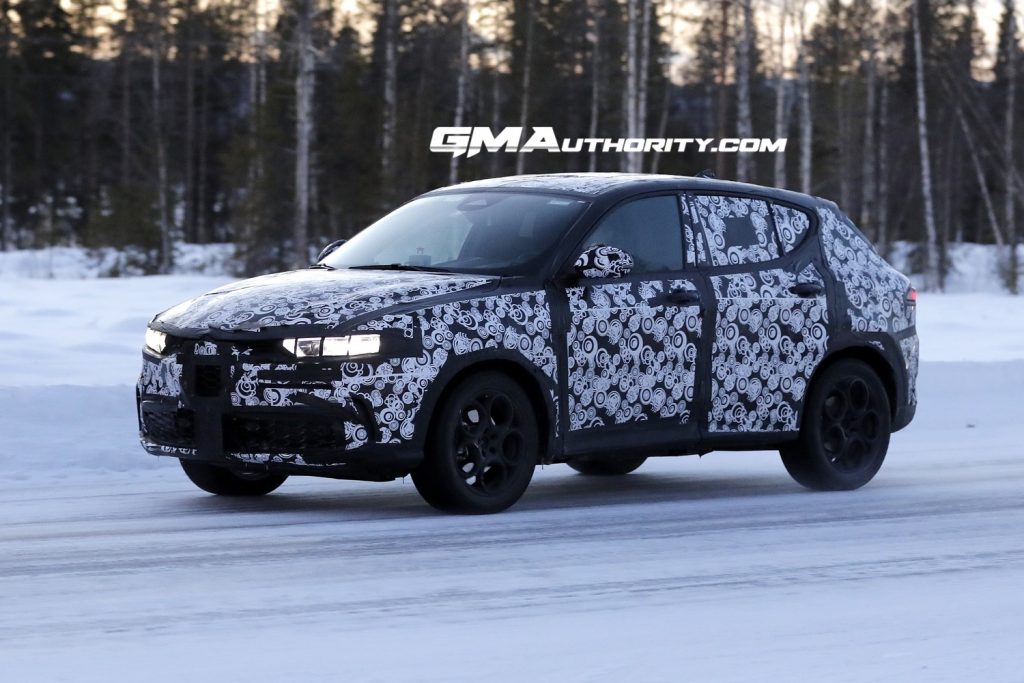 Power in the Alfa Romeo Tonale is expected to come from a hybrid powertrain that pairs a 1.3L gasoline engine with a small electric motor and a battery pack. This setup, which can also be found on the Jeep Renegade 4xe hybrid, will see the 1.3L engine power the front wheels and the electric motor connected to the rear wheels, giving the crossover all-wheel drive. The hybrid powertrain produces roughly 236 horsepower and 200 pound-feet of torque in the Jeep Renegade 4xe, although we anticipate it will be a bit more powerful in the pricier and sportier Tonale.

The Tonale was previewed by a concept of the same name, which first debuted at the 2019 Geneva Motor Show. These spy photos show the production model will take on a very similar appearance to the concept, utilizing the same general silhouette shape and similar front and rear fasciae. 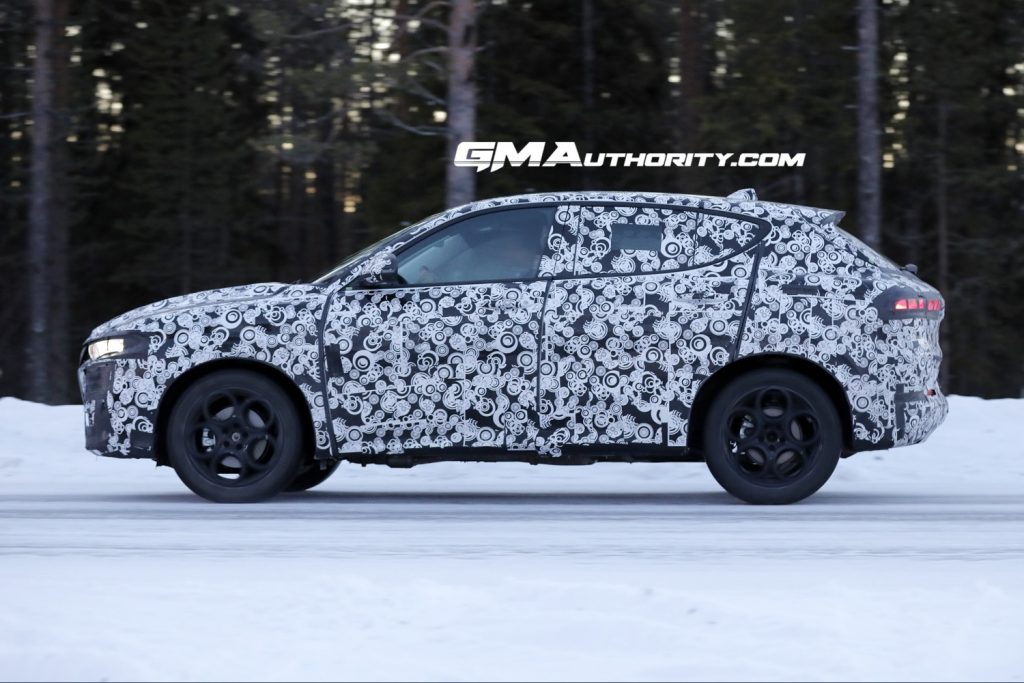 The Alfa Romeo Tonale will have no shortage of competition in the subcompact luxury crossover segment when it launches later this year. In addition to the Cadillac XT4 and Buick Envision, other entries in this crowded segment include the Audi Q3, BMW X1/X2, Lexus UX, Volvo XC40, Range Rover Evoque, Jaguar E-Pace and Mercedes-Benz GLA. The Cadillac XT4 was introduced for the 2019 model year and has not yet received a mid-cycle enhancement, while the Buick Envision was overhauled for the 2021 model year. 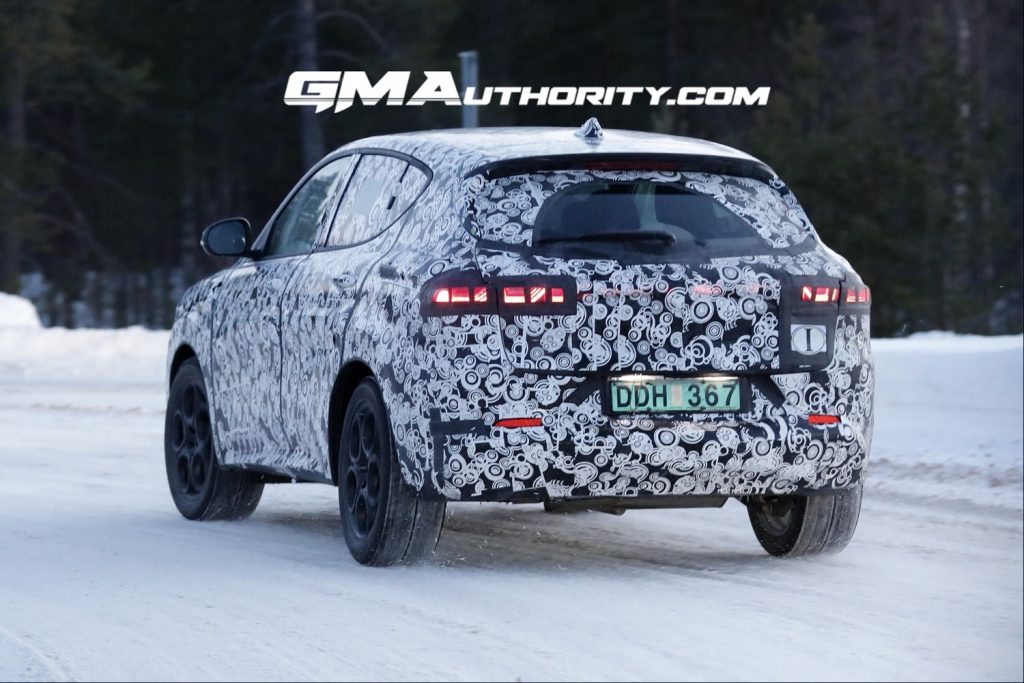 As a reminder, both the Cadillac XT4 and Buick Envision utilize the automaker’s turbocharged 2.0L I4 LSY gasoline engine, which produces 228 horsepower and 258 pound-feet of torque in both vehicles. The XT4 and Envision ride on the GM E2 platform and feature standard front-wheel drive, with all-wheel drive available as an option. The 2022 Cadillac XT4 is produced at the GM Fairfax Assembly plant in Kansas, while production of the 2022 Buick Envision takes place at the GM Jinqiao plant in Shanghai, China.