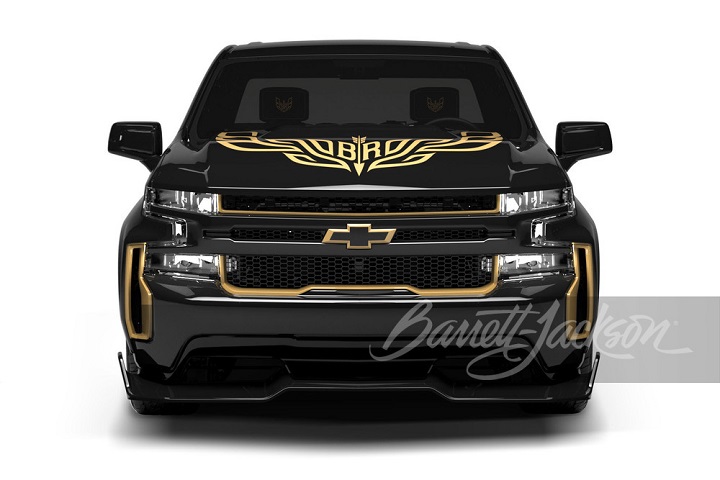 One of these limited-run 2021 Chevy Silverado Bandit Edition trucks fetched $286,000 during a Barrett-Jackson auction over the weekend. That’s a ton of money to plunk down on what is essentially just a modified Silverado, but who are we to judge? The lucky new owner of this performance truck could have been the world’s biggest Smokey and the Bandit fan! 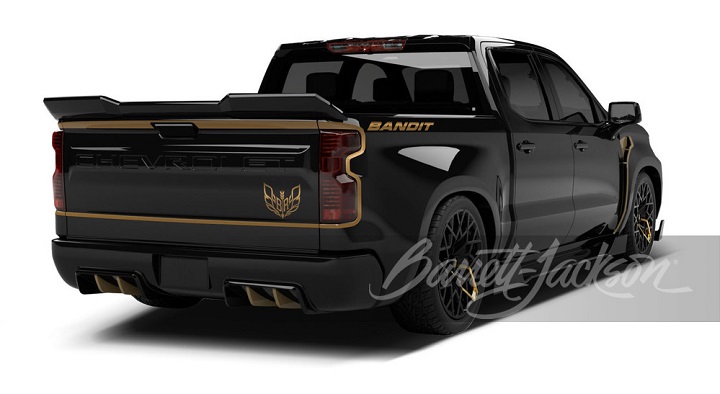 While the price tag is steep, there’s no denying this is a very high-quality build. Many of the aftermarket body components are made out of forged carbon fiber, including the front splitter, rockers, rear spoiler and lower integrated rear diffuser. The hood graphic, meanwhile, has been hand-painted and incorporates Burt Reynolds’ initials along with a Seminole arrow – the latter of which serves as a nod to the actor’s college football alma mater. 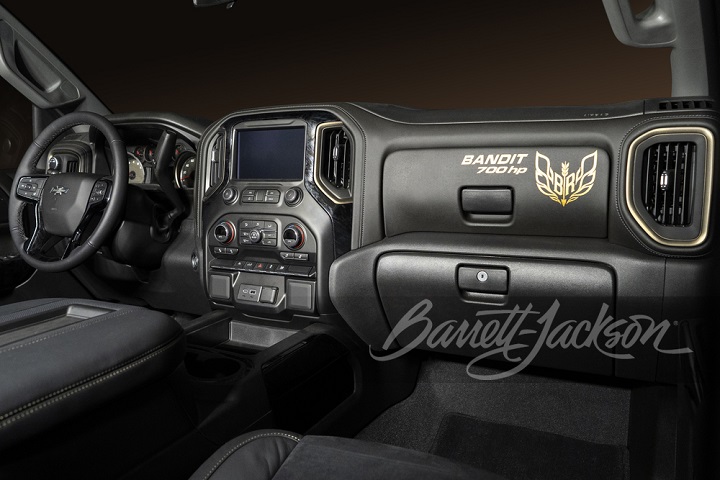 Power in this Bandit Edition truck comes from a supercharged version of the factory 5.3L L84 V8 engine, which doles out 707 horsepower 641 pound-feet of torque. Other upgrades include a full MagnaFlow exhaust, a full Brembo performance brake kit and 22-inch alloy wheels wrapped in sticky Toyo Proxes ST III rubber.

The Bandit Edition Chevy Silverado that was sold at Barrett-Jackson over the weekend was the first example built by Legendary Concepts and features a build plaque indicating its early build status. Customers who want to put one of these limited-run trucks in their garage can visit www.BanditTruck.com to put their name on the waitlist. A total of 200 examples will be built.