British automotive outlet Top Gear recently paid a visit to the United States to check out the latest high-performance offering to come out of Detroit: the 2023 Corvette Z06.

While Top Gear didn’t have the opportunity to climb behind the wheel of the 2023 Corvette Z06 while in America, they were able to get up-close with both a Silver Flare Metallic Coupe and a Sebring Orange Tintcoat Convertible example of the mid-engine sports car to give their viewers a better idea of what this race-bred Chevy is all about. What’s more, one of these vehicles was a base model, while the other came equipped with the lap time-lowering Z07 Performance Package. 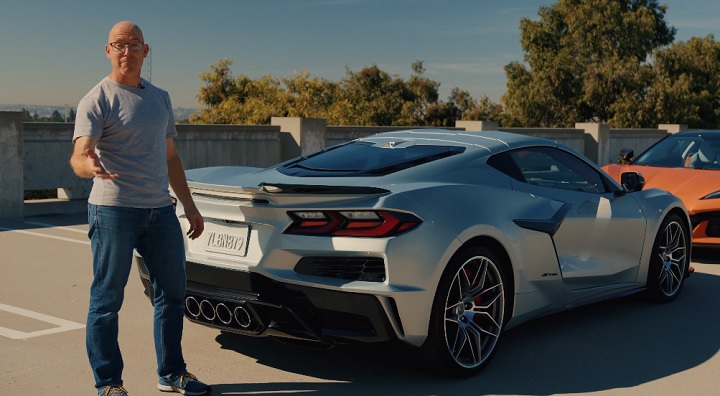 In addition to providing their viewers with a tour and overview of the 2023 Corvette Z06, Top Gear also had the chance to rev the supercar’s new naturally aspirated 5.5L LT6 V8, which holds the notable distinction of being the most powerful naturally aspirated eight-cylinder engine ever fitted to a production vehicle. The video presenter, Ollie Marriage, says this engine sounds like a “guttural and American V8 low down, but then pure Italian V8 anger at the top end.” 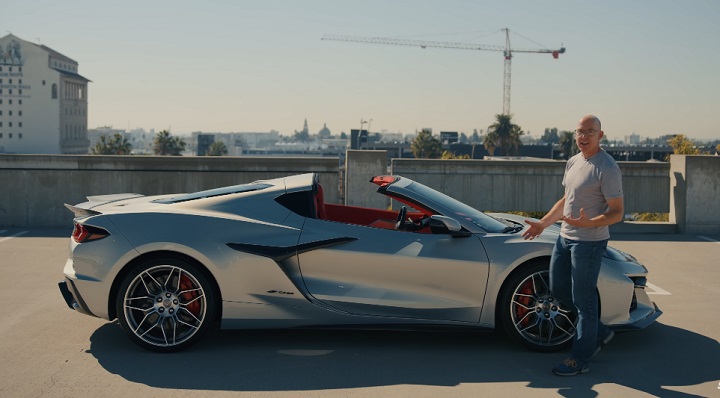 Finally, Top Gear goes over the Z07 Performance Package, which it compares to the Porsche 911 GT3 RS – another naturally aspirated, high-downforce supercar that appeals to hardcore performance enthusiasts. As we know, the Z07 pack includes a front splitter and dive planes, a massive rear wing, stickier Sport Cup 2 R ZP tires, a more robust performance braking setup with carbon-ceramic rotors and FE7 suspension with specific calibrations for the Magnetic Ride Control 4.0 dampers. Models equipped with the Z07 Performance Package can also be equipped with lightweight carbon fiber wheels, which are fitted to the Sebring Orange Tintcoat Convertible seen in the video.

Check out the video below for a UK-centric take on the 2023 Corvette Z06 before its official launch this summer.