Showcasing a build among the top-shelf metal of the annual SEMA Show is a feat in and of itself. However, this custom 1968 Chevy Nova stands apart, not only for its impressive quality, but also the story behind it.

This Chevy showstopper is owned by David Timm and his wife Andrea Cline from Springfield, Illinois. Both work in law enforcement, with Timm serving as a deputy sheriff, and his wife recently promoted to sergeant. However, when he isn’t out busting bad guys, Timm is busy in his garage putting together some truly incredible four-wheeled creations.

Just a few examples from Timm’s automotive resume include a series of custom trucks, such as a ’66 Chevy pickup truck for UFC pro fighter Matt Hughes, as well as supercharged Dodge Neon. Timm confesses loyalty to the ’69 Chevy Camaro, but, as he points out, it’s difficult to do a ’69 Camaro that can stand out among the endless number of builds already out there.

Timm found this particular ’68 Chevy Nova on eBay about a year ago, and decided to do something a bit different. The car was in good condition, with just 20,000 miles on the clock and the original panels intact. A previous owner had installed a Big Block, new wheels, and suspension upgrades, but Timm wanted to take the two-door to another level. 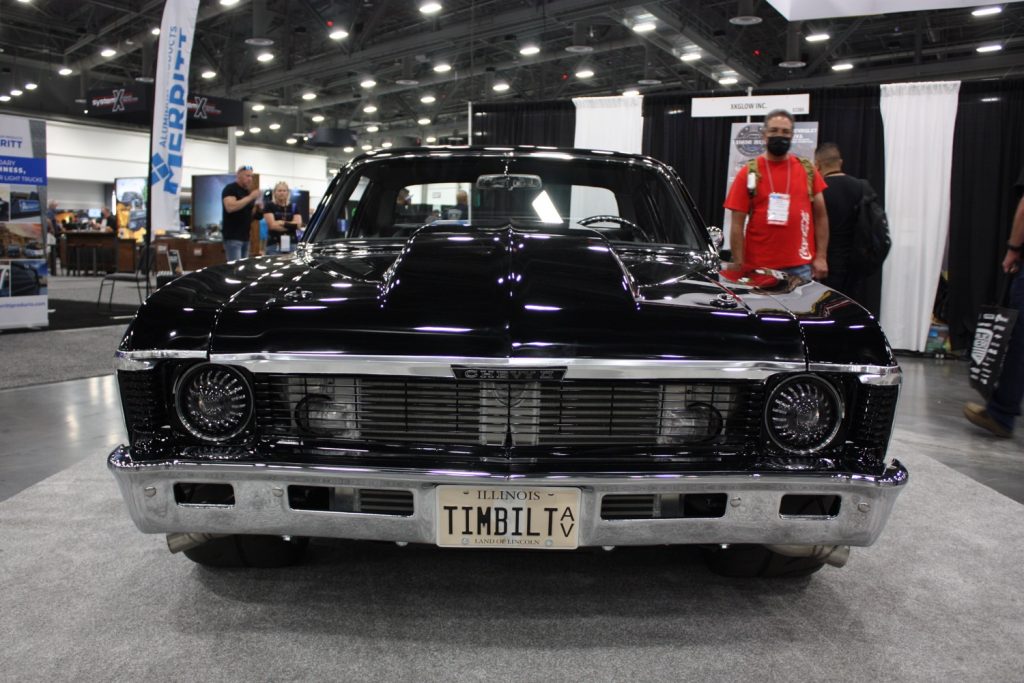 Outside, this 1968 Chevy Nova is clean and mean, with a 4-inch cowl hood, glossy black paint, and XK Glow headlights. The headlights were actually originally designed for Jeeps, but fit the Nova well.

There’s also a set of custom roller from US Wheels, specifically, the Rat Rod series, sized at 20 by 12 in back and 18 by 10 in front. 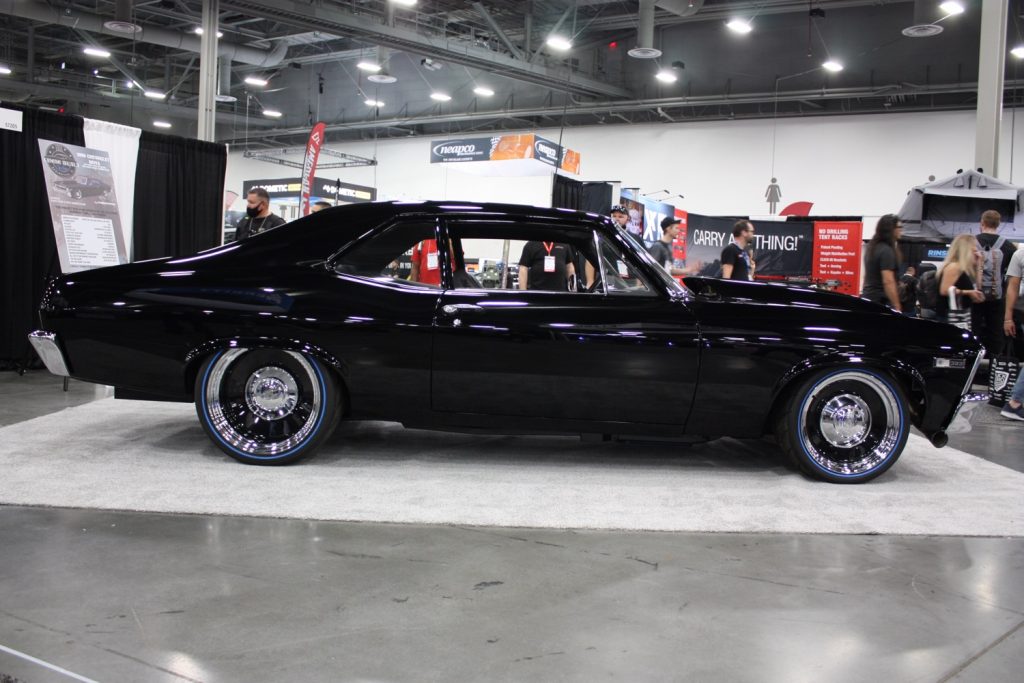 The interior was outfitted with Hushmat sound deadening and digital instrumentation, plus extra lighting, all of which keep the clean aesthetic going strong. 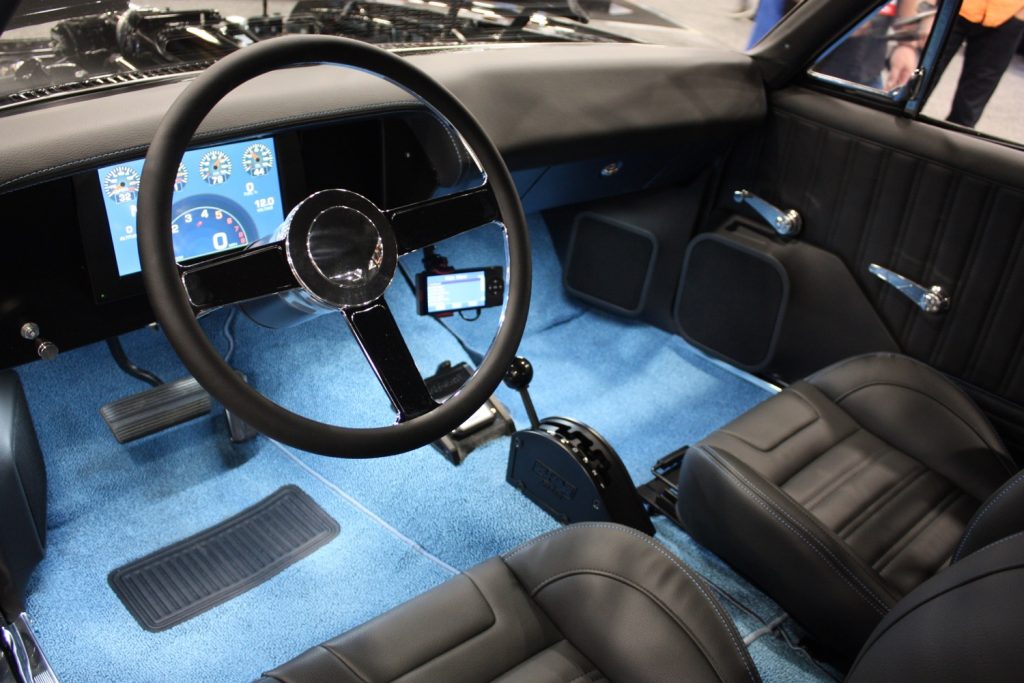 Speaking of strength, the main party piece in this 1968 Chevy Nova is under the hood, were we find a twin-turbo 565 cubic-inch Big Block. Highlights include a pair of Precision turbos, FiTech fuel injection, a 102 mm throttle body, and Stainless headers. The exhaust dumps just ahead of the front tires. 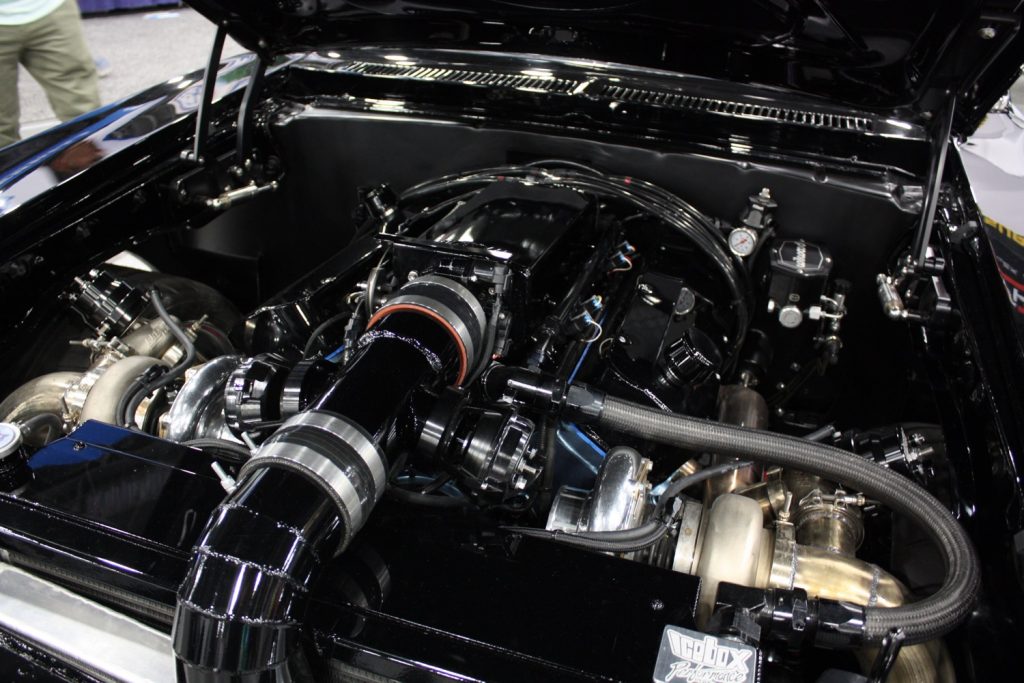 The install is gorgeous. Timm says he’s a “symmetrically minded builder,” and wanted the turbos up front, rather than hidden away. As such, the two snails are placed adjacent to a massive custom core support, built by Icebox Performance. 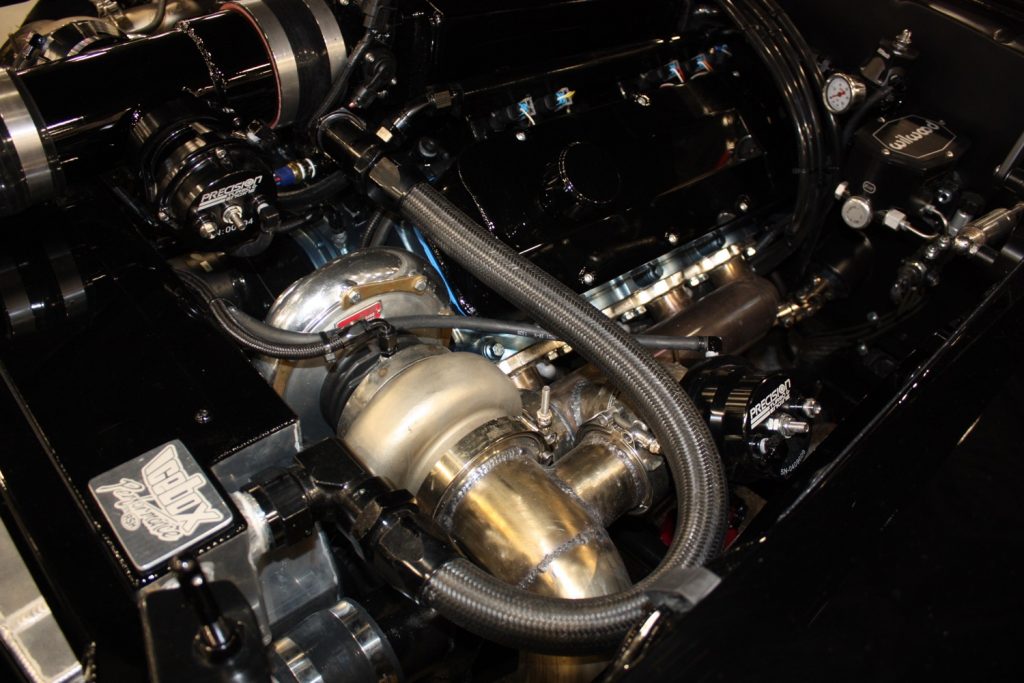 Estimated output is a hefty 1,500 horsepower at the rear wheels on E85 fuel. Output is routed through a 4L80E transmission and Strange Engineering 9-inch rear end. QA1 suspension and Wilwood disc brakes keep it all in line. 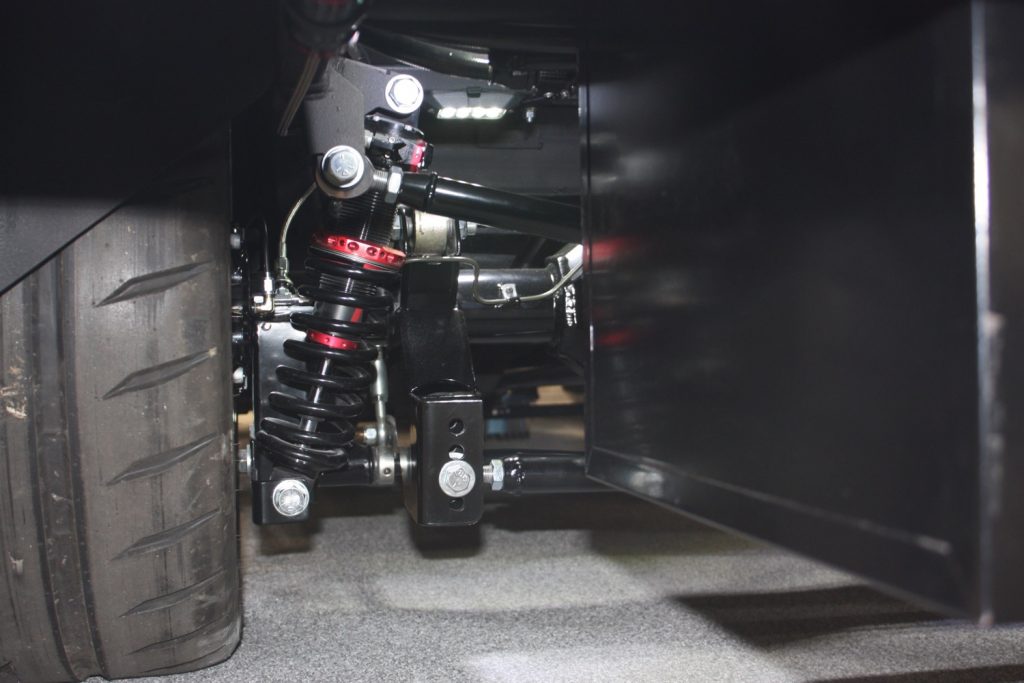 Incredibly, Timm says his custom 1968 Chevy Nova is destined to street driving. Either way, it’s a helluva looker, so check it out in these exclusive GM Authority images.