General Motors has pulled the sheets on the all-new 2024 Silverado EV, revealing a tech-laden all-electric pickup truck offering a laundry list of technology and cutting-edge features. In addition to the fresh tech, the 2024 Silverado EV also marks the return of the clever Midgate feature, as previously offered by the Chevy Avalanche and Cadillac Escalade EXT. 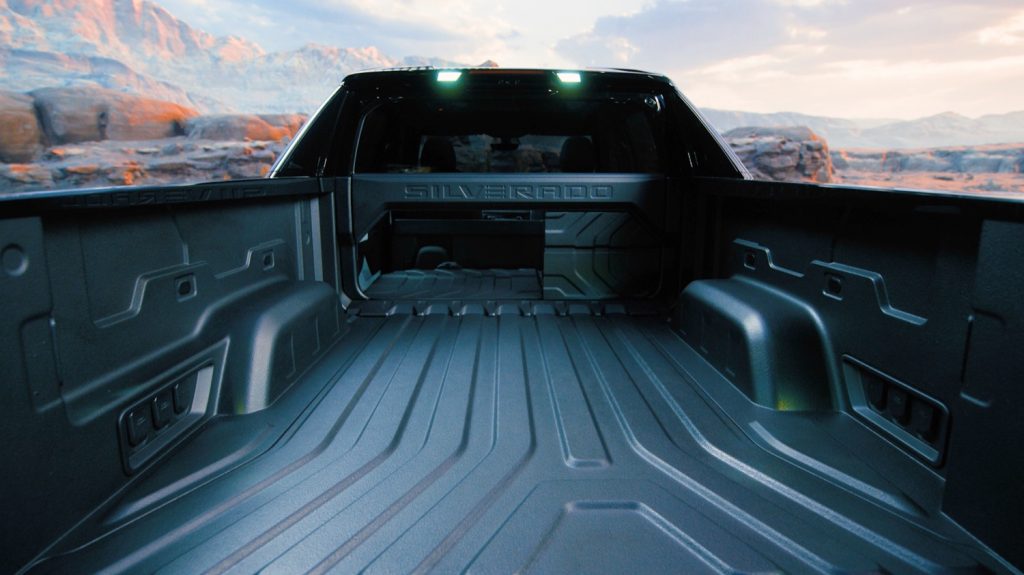 For those who may not remember the Chevy Avalanche and Cadillac Escalade EXT, the Midgate feature expands available cargo room in the bed by folding down the barrier between the bed and the cabin. The feature allows customers to load longer items into the bed, such as lumbar or a kayak.

Offered by the 2024 Silverado EV RST First Edition model, the Midgate feature expands available cargo room in back while maintaining seating for a passenger on the rear row. With the Midgate down, the storage capacity of the 5-foot, 11-inch bed in the 2024 Chevy Silverado EV RST expands to just over 9 feet of storage between the cab and tailgate. 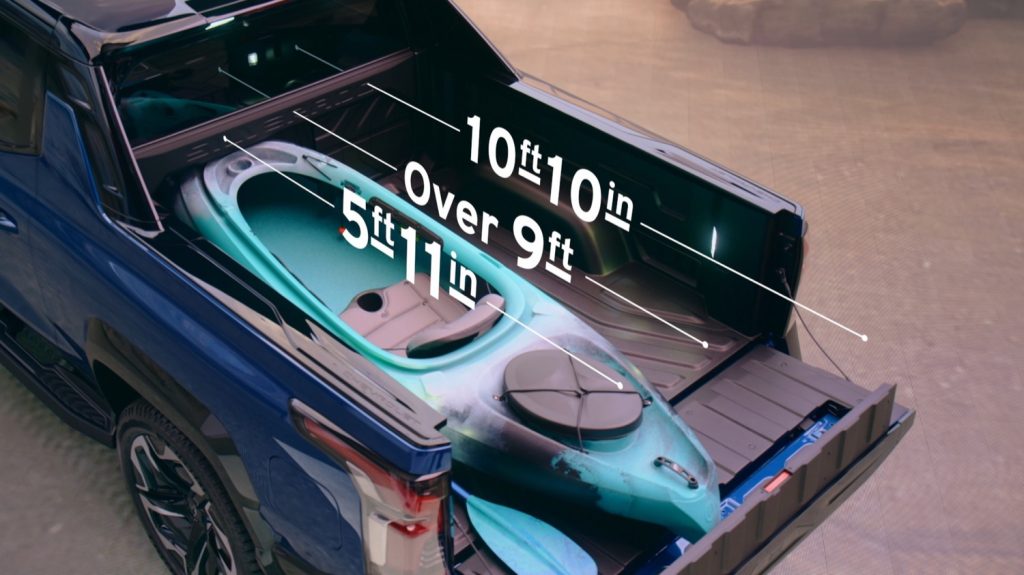 The RST also features an “eTrunk,” which is a lockable compartment in the front of the vehicle big enough to hold “a large hide suitcase,” while customers can also opt for the Multi-Flex tailgate with power release for even greater cargo capability, expanding to provide up to 10 feet, 10 inches of load floor and storage capability in conjunction with the Midgate feature.

Meanwhile, in the cabin, a 40/60 second row seat offers four different configurations for gear and passengers that allow users to haul gear or equipment while still accommodating a passenger in the second row. 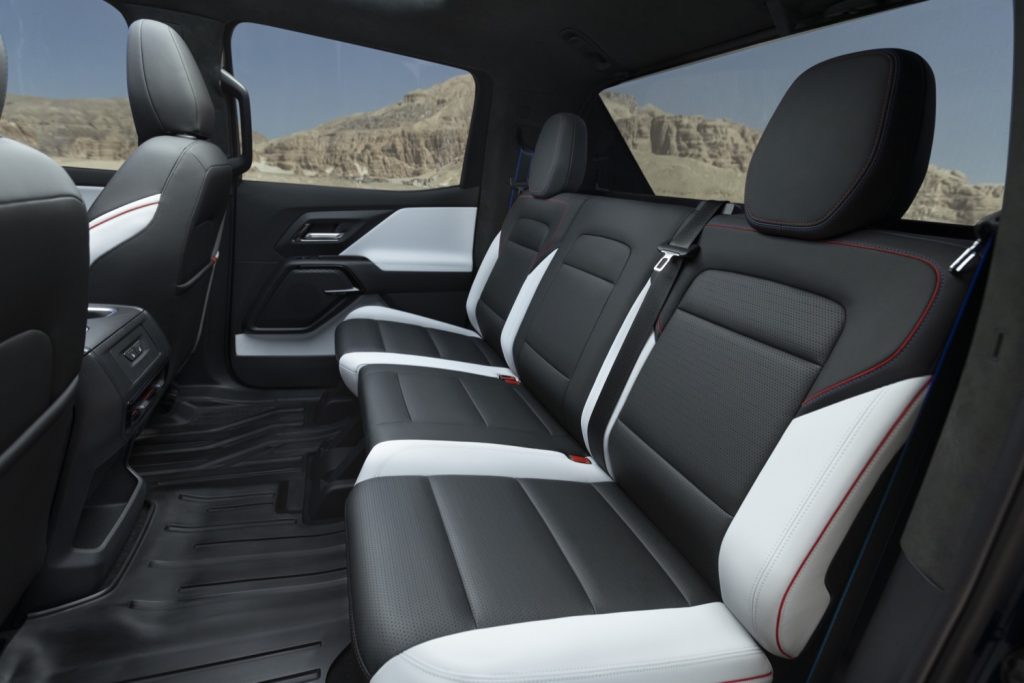 The Chevy Silverado EV will be offered exclusively in a Crew Cab body style. The new pickup is based on the GM Ultium Platform, with a 24-module Ultium battery pack and electronic four-wheel drive, plus an estimated maximum range-per-charge of 400 miles. Production will take place at the recently reopened GM Factory Zero in Michigan, previously known as Detroit-Hamtramck.